"No one will miss you"

Children are committing suicide in response to homophobic bullying, and adults continue to act as though it's just kids being kids 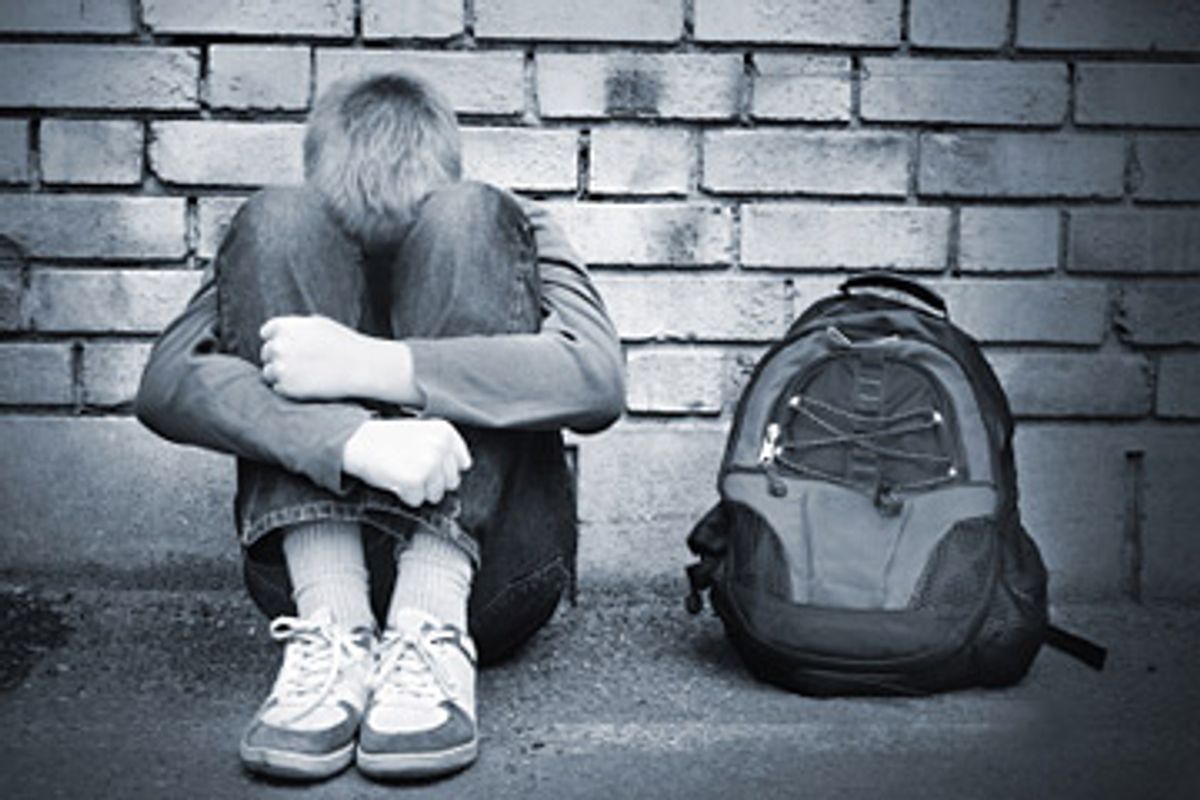 Today is the 13th National Day of Silence "to bring attention to anti-LGBT name-calling, bullying and harassment and effective responses." It also would have been the 12th birthday of Carl Joseph Walker-Hoover, who committed suicide on April 6, after months of being tormented with anti-gay slurs by other children. Sirdeaner Walker, Carl's mother, told the Advocate "her son had been the victim of bullying since the beginning of the school year, and that she had been calling the school since September, complaining that her son was mercilessly teased. He played football, baseball and was a boy scout, but a group of classmates called him gay and teased him about the way he dressed. They ridiculed him for going to church with his mother and for volunteering locally."

Meanwhile, there's a series of viral videos making the rounds that are significantly less heartwarming than the Susan Boyle one: an apparently preteen boy entreating people to stop calling him a "homo," which has led to loads of people publishing the videos and calling him just that. Buzzfeed asks, "Do we feel bad for this kid or is he merely another product of the YouTube generation?" and I'm a bit astonished that there could be any controversy about that. This is a child. Yes, someone should have stopped him from making and posting the videos in the first place, but given that no one did, the idea that (presumably) grown men and women are now taking the opportunity to publicly ridicule this boy is pretty high on the list of things that make me despair for humanity. At what point do we wake up and acknowledge that bullying isn't just playful teasing, that kids' lives are at stake here?

On Thursday, Judith Warner wrote about both Carl Walker-Hoover and Eric Mohat, a 17-year-old who shot himself after a bully flat-out suggested he should, adding "no one will miss you." And once again, the tormenters were focused on the victim's failure to conform to gender norms, so the bullying manifested as vicious homophobia. "Eric liked theater, played the piano and wore bright clothing, a lawyer for his family told ABC news, and so had long been subject to taunts of 'gay,' 'fag,' 'queer' and 'homo." As Warner puts it, "The message to the most vulnerable, to the victims of today's poisonous boy culture, is being heard loud and clear: to be something other than the narrowest, stupidest sort of guy's guy, is to be unworthy of even being alive." She quotes one teenage boy who told author C.J. Pascoe, "To call someone gay or fag is like the lowest thing you can call someone. Because that's like saying that you're nothing." Pascoe herself, who spent 18 months studying the culture in a Northern California high school, says that the boys there "have the sense that to be a man means something and is incredibly important ... To not be a man is to not be fully human and that's terrifying." To not be a man is to not be fully human. To be gay is to be nothing. In case anyone was unclear on the connection between homophobia and misogyny, there you go.

And what are adults doing about this? Calling a child "homo" on the Internet. Forcing Carl Walker-Hoover to sit with one of his bullies at lunch for a week -- hoping those silly kids could just work out their silly kid problem -- which may have been the catalyst for his suicide. Protesting the National Day of Silence because a plea for tolerance and compassion somehow doesn't promote Christian values. And worst of all, according to Judith Warner, actively encouraging their boys to be the narrowest, stupidest sort of guy's guy. "Malina Saval, who spent two years observing and interviewing teenage boys and their parents for her new book "The Secret Lives of Boys," found that parents played a key role in reinforcing the basest sort of gender stereotypes, at least where boys were concerned. " Some parents -- you know, the grown-ups -- according to Saval, were "sort of alarmist about whether or not their children were going to be gay because of their music choices, the clothes they wore."

Warner points out that bullying "has been a national obsession ever since Columbine, and yet seems to continue unabated." No wonder, when so many adults react to effeminate boys just about as thoughtfully as middle schoolers do. Where do you suppose kids are getting the message that being "girly" or gay means being less than fully human in the first place?