Isn't violence a predictable byproduct of our winner-take-all economy? 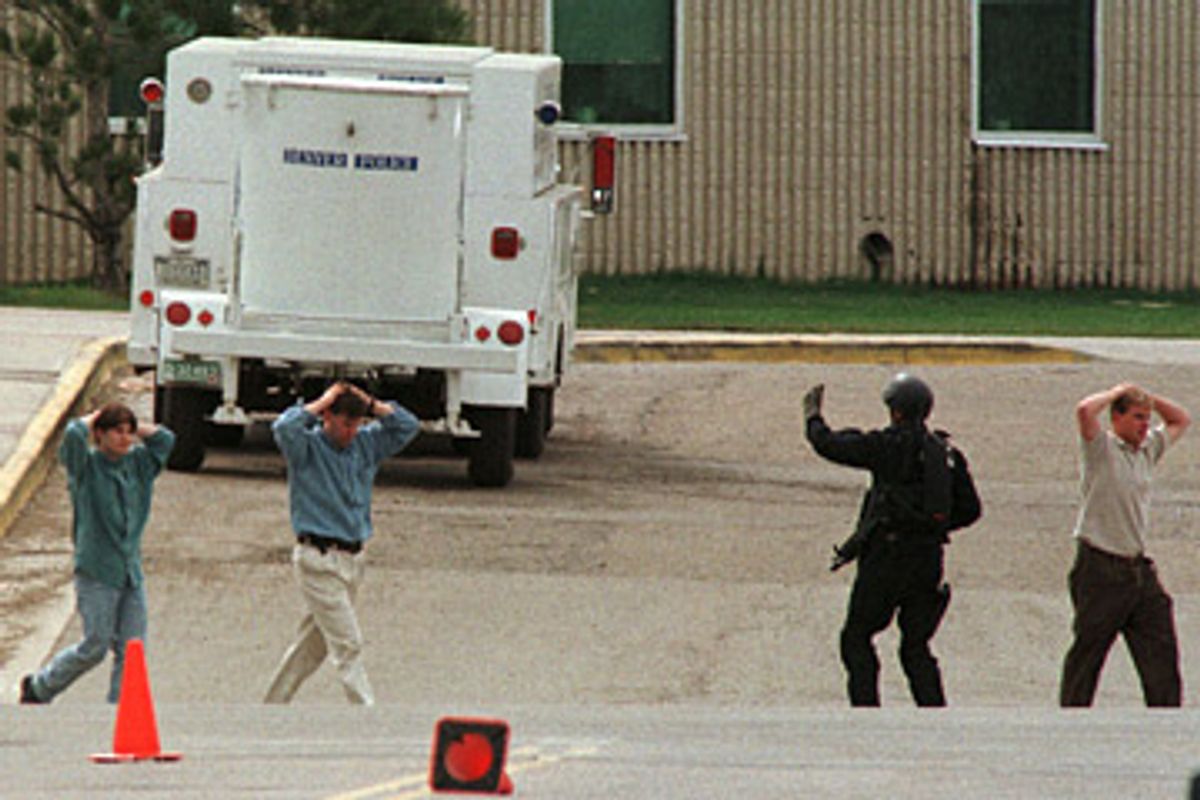 As Eric Harris and Dylan Klebold's posthumous infamy turns 10 on April 20, I wish I were surprised that Columbine-like shootings are still happening, or even that our national discussion about violence hasn't yet matured past gun control and video games.

I wish I were surprised, but sadly, I'd be surprised if it were any different because we still refuse to ask the most uncomfortable questions.

Columbine was the "Pulp Fiction" of violence: not the first of its genre, but the model to which all contemporaries are compared. And lately, Columbine derivatives have been coming at a faster clip.

After each tragedy, it's the same thing. Liberals want us to wonder why gun laws let anyone access deadly weapons. Conservatives insist we question why video games supposedly turn down-to-earth kids into murderers.

These queries satiate two desires. In a country that ascribes hubristic "exceptionalism" to itself and berates self-analysis as "hating America," we seek absolution via scapegoat, and so we upbraid boogeymen like firearms and Xboxes. Similarly, in a democracy increasingly conducting its politics through red-blue filters and 140-character Twitter updates, we crave Occam's razors -- and none are sharper than oversimplified arguments about gun control and video games.

But what about the questions and answers that aren't so simple?

For example, isn't violence a predictable byproduct of our economy? When torture victims are waterboarded, they freak out. When a winner-take-all economy tortures society, should we be shocked that a few lunatics go over the edge?

For three decades, we converted our economy into one that enriches the rich and stresses out everyone else. Paychecks dwindled, debts accumulated, healthcare bills spiked. We now spend more hours working or seeking work, and fewer hours on parenting, family time and rest -- all while schools and mental-health services deteriorate.

Considering this, shouldn't we expect the recent Associated Press story telling us "the American home is becoming more violent" because of the recession? Shouldn't we expect the new Department of Homeland Security report saying that "the economic downturn" is "invigorating rightwing extremist activity, specifically the white supremacist and militia movements"? And, ultimately, shouldn't we expect the deep alienation that may lead the occasional troubled kid to turn video-game fantasies into real-world terror?

If these questions don't make you uneasy, then how about this one: Are those video games fantasies, or are they representations of real violence that we willfully organize our economy around?

Today, one in every three dollars the government spends goes to defense and security. The killing machine and adventurism that money manufactures has delivered 1 million Iraqi casualties, thousands of American casualties and an implicit promise of future wars -- indeed, of permanent war.

Perpetuating this expenditure, bloodshed and posture in a nation of dwindling resources, humanitarian self-images and anti-interventionist impulses requires a culture constantly selling violence as a necessity. It's not just video games -- it's the nightly news echoing Pentagon propaganda and "hawkish" politicians equating militarism with patriotism and "embedded" journalism cheering on wars and every other suit-and-tie-clad industry constantly forwarding the assumption that killing is a legitimate form of national ambition and self-expression. Is it any wonder that a few crazies apply that ethos to their individual lives, and begin seeing violence as a reasonable means to express their own emotions?

Sure, the assault weapons ban's expiration is an abomination. Absolutely, some video games are appalling. But we could ban all guns and video games and there would still be mass murders because neither the availability of firearms nor of Grand Theft Auto creates the original desire for violence.

Until we face that complex reality -- or at least ask different questions -- we'll continue being terrorized by Columbine killers.