The man most famous for being wrong about everything -- especially Iraq -- gets $250,000, proving there will always be welfare and affirmative action for sons of conservatism 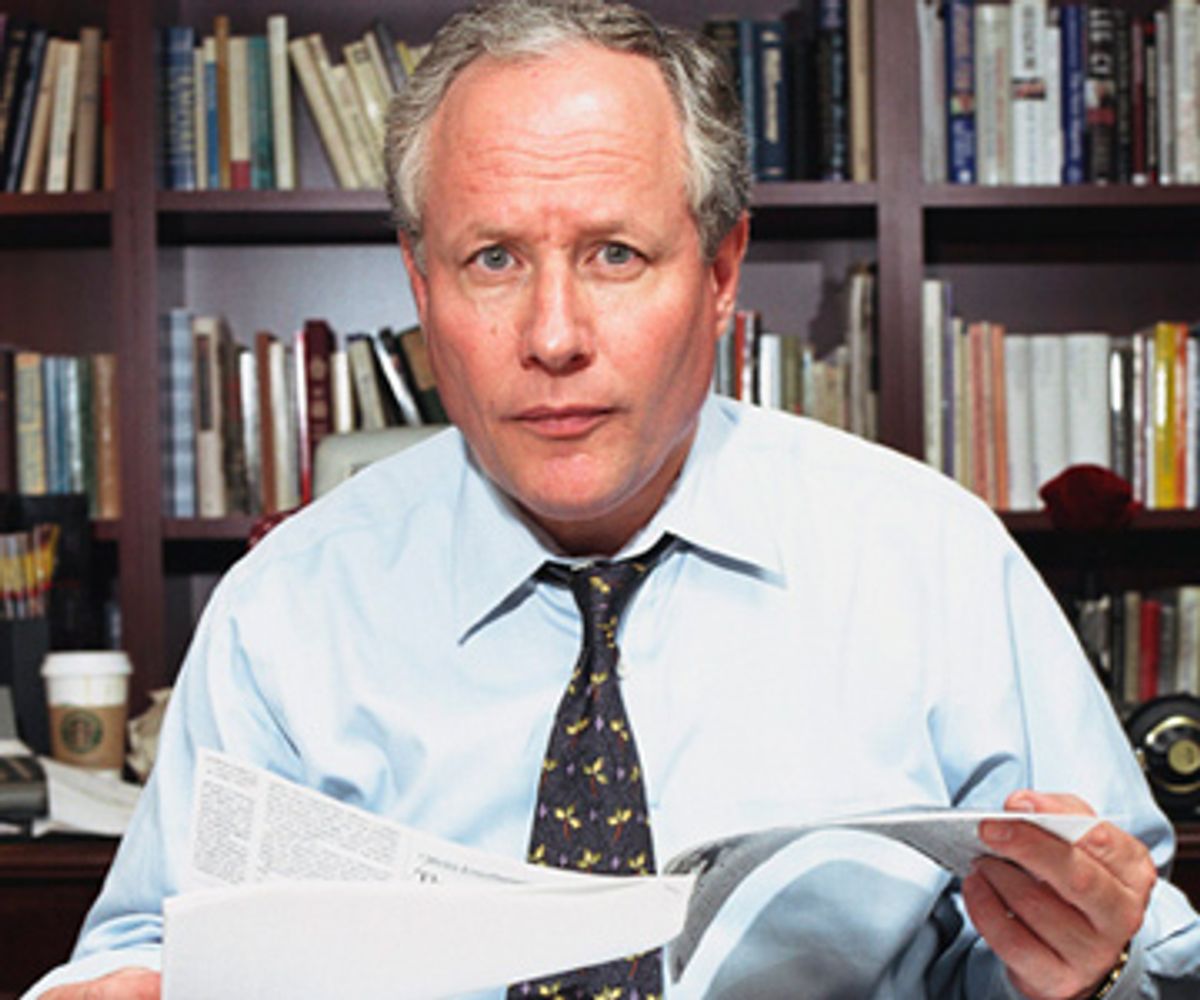 I know I speak for many hardworking, patriotic Americans. We started our day doing what hardworking, patriotic Americans do: drinking our coffee, scanning the headlines and hoping to read that Attorney General Eric Holder had taken concrete steps to find out which Bush administration officials broke the law by authorizing illegal torture, in order to prosecute them. Instead, our dreams and hopes for the bright spring morning were dashed by the news that neocon grifter William Kristol won the right-wing Bradley Foundation's "Bradley Prize" of $250,000. Maybe there isn't a God.

Yes, a Pulitzer Prize-winner in Mesa, Ariz., had already been laid off from his job by the time he won his award this week, and a newspaper journalist who was recently shot in the line of duty lost his job a few days ago as well.

But Bill Kristol, quietly let go as a columnist for the New York Times last year, landed a gig with the Washington Post -- and today got the news he'll get a quarter of a million just for being Bill Kristol, who is most famous for being wrong about pretty much everything he talks about, as Alex Koppelman laid out here.

My favorite quote: "On this issue of the Shia in Iraq, I think there's been a certain amount of, frankly, a kind of pop sociology in America that, you know, somehow the Shia can't get along with the Sunni and the Shia in Iraq just want to establish some kind of Islamic fundamentalist regime. There's almost no evidence of that at all. Iraq's always been very secular."

Or maybe this chestnut from December 2006: "Barack Obama is not going to beat Hillary Clinton in a single Democratic primary. I'll predict that right now."

The Bradley Foundation is perhaps best known as a major funder of the neocon Project for a New American Century, which brought together Kristol and much of the Bush administration-in-waiting to make the case for invading Iraq years before the war. Kristol's Bradley Prize was therefore especially tough to take on the heels of the devastating Senate Armed Services Committee's report showing that the Bush administration lied, lied and lied again about the timing, rationale and legality of its torture regime.

Most relevant to Kristol, one of the loudest advocates of the deadly and unnecessary Iraq war, the Bush administration used torture to try to find nonexistent links between al-Qaida and Saddam Hussein on the eve of that war. The same day we learned about Kristol's big prize, we also found out that his buddy Paul Wolfowitz, along with Vice President Dick Cheney and Donald Rumsfeld, personally ordered CIA agents to keep torturing al-Qaida suspects to get more information about their ties to Saddam. I think there should be a prize for that sort of thing, but it should involve a jail cell.

Not surprisingly, Kristol disagrees. Before Bush left office, Kristol argued from his comfy perch at the house organ of neocons and chicken hawks, the Weekly Standard, that Bush should pardon the torturers.

"Bush should consider pardoning -- and should at least be vociferously praising -- everyone who served in good faith in the war on terror, but whose deeds may now be susceptible to demagogic or politically inspired prosecution by some seeking to score political points," Kristol harumphed. "The lawyers can work out if such general or specific preemptive pardons are possible; it may be that the best Bush can or should do is to warn publicly against any such harassment or prosecution.

"But the idea is this: The CIA agents who waterboarded Khalid Sheikh Mohammed, and the NSA officials who listened in on phone calls from Pakistan, should not have to worry about legal bills or public defamation. In fact, Bush might want to give some of these public servants the Medal of Freedom at the same time he bestows the honor on Generals Petraeus and Odierno. They deserve it."

Of course, George Tenet -- revealed today by the New York Times as one of the most enthusiastic pep-boy architects of the administration's cruel, unusual and totally incompetent torture regime -- actually did receive a Medal of Freedom. And now Kristol wins another big prize.

It's a tough day for hardworking, patriotic Americans who believe in the Constitution and the rule of law. Kristol proves there will always be welfare and affirmative action for the wealthy sons of conservatism. Still, even though he can buy a lot with his $250,000, he can't buy back his soul.

Here's hoping Eric Holder will make tomorrow a better day, for all of us.