The shaming of America

Judge Jay S. Bybee provided the legal framework for torture to the Bush administration. If he had even a particle of decency, he'd resign. 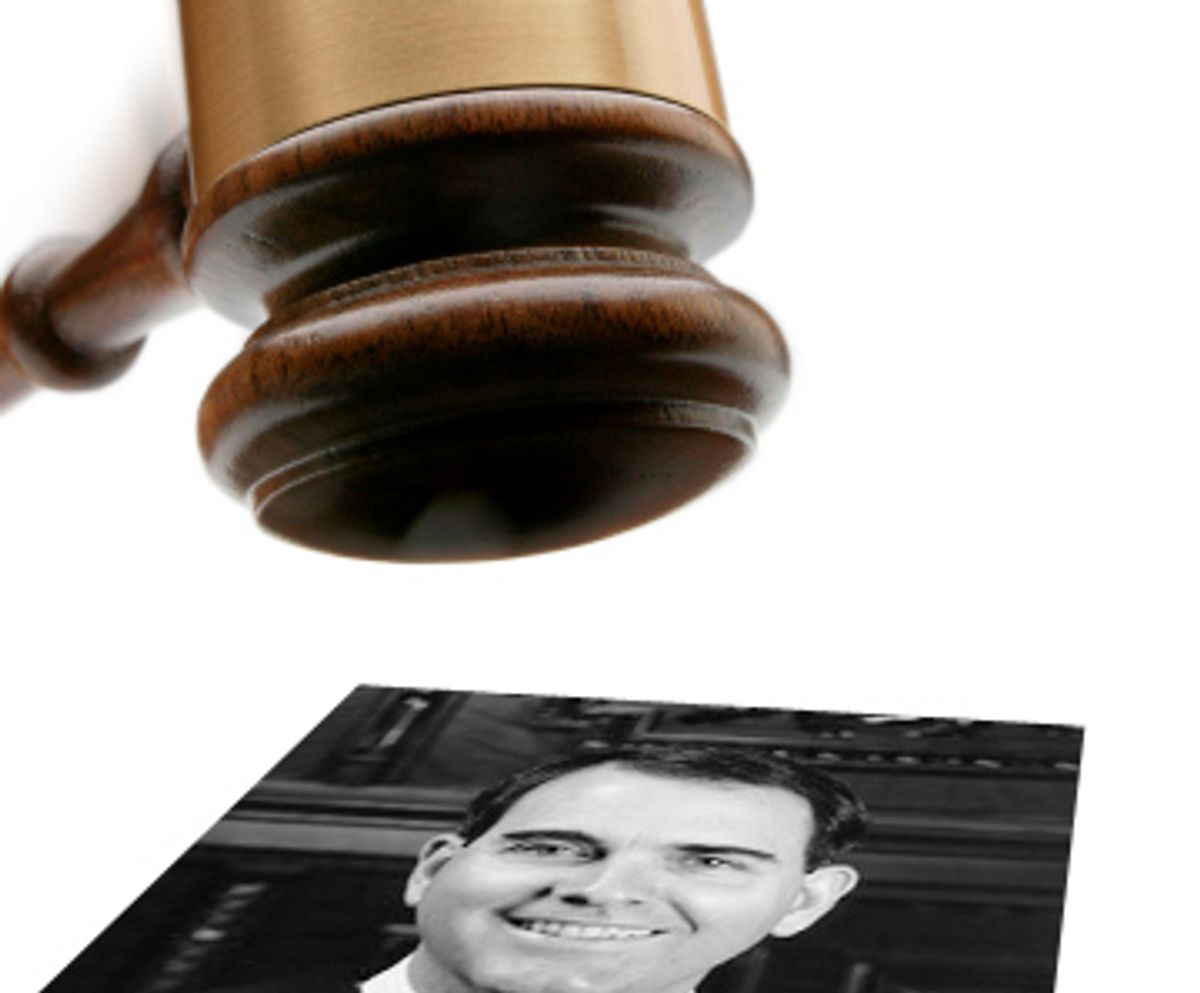 Anybody with an active conscience can understand why President Barack Obama ordered the Bush administration's "terror memos" released, overruling his own CIA director. No intelligence secrets were revealed. Much of the information in the documents had previously been widely reported. They weren't classified "Top Secret" to protect national security, but the craven careerists who wrote them, and the White House officials who ordered it done.

To a one-time constitutional-law professor like Obama, the memos' legalistic rationalization of methods indistinguishable from those of the Soviet KGB or South African secret police must have been sickening. Besides shaming themselves and their country, their authors have sullied their profession.

In a 2002 advisory, Jay S. Bybee, subsequently appointed to the U.S. 9th District Court of Appeals by President George W. Bush, notes dryly that the practice of "waterboarding" -- recognized as torture since the Spanish Inquisition -- "constitutes a threat of imminent death," but says it's nevertheless legal because it doesn't cause "prolonged mental harm" in a psychologically healthy subject.

So here's my question: Would Bybee, in his capacity as a federal judge, uphold a murder conviction in which witnesses had been waterboarded? A rape confession? Would it be all right for police to induce confessions by keeping suspects awake for 11 days by shackling them naked in a standing position, dousing them with ice water and smashing their heads into a wall? How about cramming them into coffin-size boxes for weeks? He thought that appropriate for terror suspects.

If not, why not? Are rape and murder not the gravest of crimes? The answer, of course, is that criminal law recognizes that people can be tortured into confessing damn near anything. The "intelligence" implications, however, were lost on Bybee and the Bush White House.

FBI interviewers who obtained the only useful intelligence ever provided by al-Qaida functionary Abu Zubaydah before CIA toughs got hold of him described the man to author Ron Suskind as psychologically fragile. Suskind's CIA sources found Zubaydah an "insane, certifiable, split personality," whom the agency nevertheless waterboarded 83 times.

Zealots in Washington, see, refused to accept his handlers' insistence that Zubaydah had already told them everything he'd known.

Ironically, Bybee's successor, Steven Bradbury, noted in a 2005 memo that the U.S. State Department regularly "condemns coercive interrogation techniques ... employed by other countries." Also, that "certain of the techniques appear to bear some resemblance to some of the CIA techniques." Others appear to have been borrowed directly from George Orwell's novel "1984."

Nevertheless, Bradbury concluded that "Diplomatic relations with regard to foreign countries are not reliable evidence of United States executive practice and may be of only limited practice here." In other words, Big Brother, aka President Bush, could order any creative methods he (or Dick Cheney) thought suitable. In a classic example of lawyerly butt-covering, Bradbury also conceded that due to lack of precedent -- the United States having regarded torture as illegal and unconstitutional since 1789 -- "we cannot predict with confidence whether a court would agree with this conclusion."

That said, anybody with an ounce of political sense can also understand why Obama has said that his administration will seek no prosecutions. "This is a time for reflection, not retribution  ... We have been through a dark and painful chapter in our history," he said in a prepared statement. "But at a time of great challenges and disturbing disunity, nothing will be gained by spending our time and energy laying blame for the past."

Others cogently argue that this is about the future, not the past. Many of the practices described in the memos clearly violate the U.N. Convention Against Torture negotiated by Ronald Reagan and ratified by the Senate. It stipulates that orders from superiors constitute no defense for the crime of torture.

Furthermore, no matter what you may hear from Sean Hannity and Rush Limbaugh, Salon's indefatigable Glenn Greenwald points out that Article VI of the U.S. Constitution states that "(A)ll Treaties made ... under the Authority of the United States, shall be the supreme Law of the Land." How then can the United States plausibly condemn a show trial in, say, Iran, if it flouts its own laws? The answer is that it cannot. That's the Bush legacy.

But Obama wasn't elected to avenge his predecessor's sins. To bring such prosecutions would tear the country apart -- creating a political and media spectacle that would make the Clinton-Lewinsky follies of 1998-99 resemble last week's farcical "tea parties." It would tear the intelligence agencies to pieces, producing a veritable army of would-be Oliver Norths tearfully regretting that they could no longer practice sadism on behalf of their country.

This Jay S. Bybee joker on the federal bench, however? Congress should impeach him forthwith. If he had a particle of shame, he'd resign.