The Texas congressman, who earlier this week tried -- and failed -- to stump Energy Secretary Steven Chu, tussles with Al Gore over global warming. 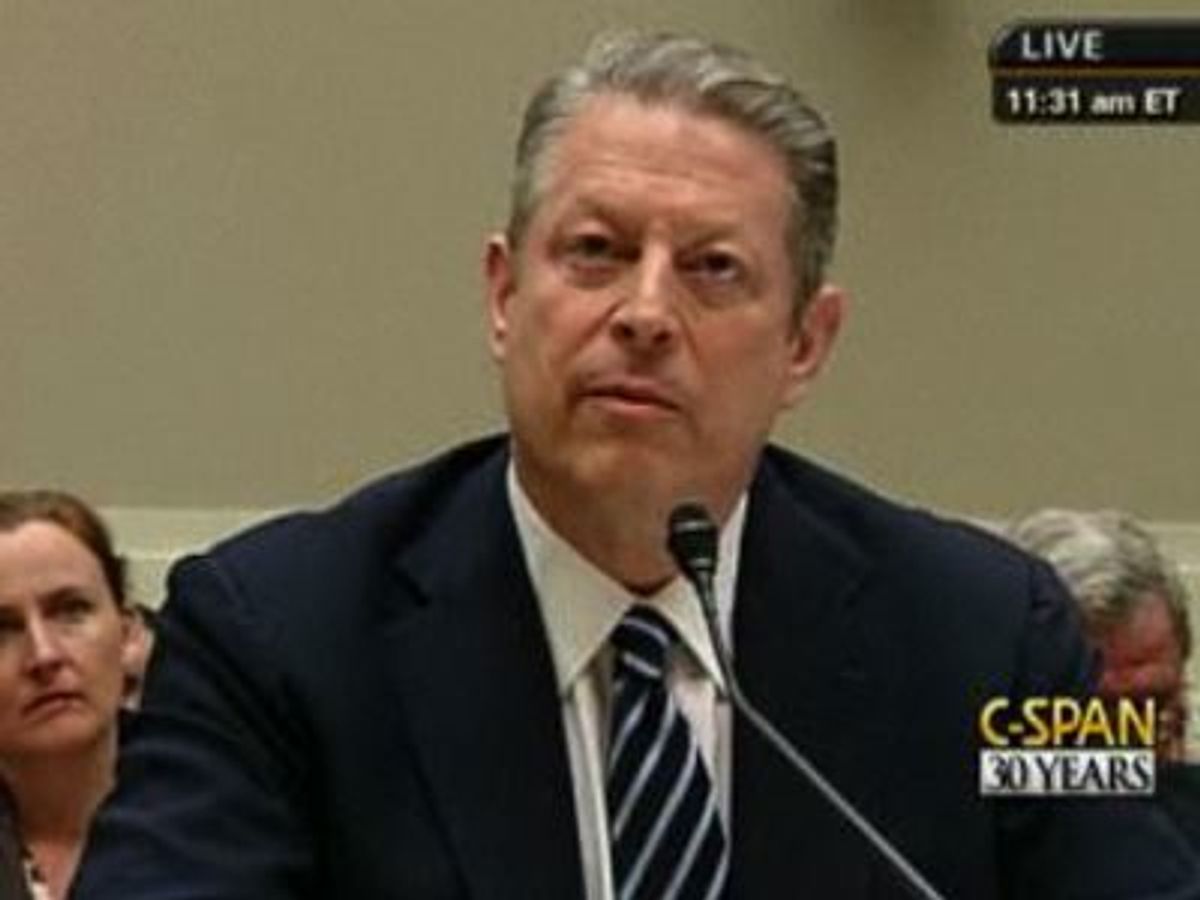 You may remember Rep. Joe Barton, R-Texas, from a recent congressional hearing where he showed off his uncanny scientific knowledge and incredible ability to swiftly and conclusively debunk the theory of global warming. That's the hearing in which -- because he doesn't understand fairly basic concepts regarding plate tectonics -- Barton believed he'd stumped Energy Secretary Steven Chu, who only won the 1997 Nobel Prize for Physics and is as such no intellectual match for a member of Congress.

On Friday, Barton was back at it, challenging former Vice President Al Gore, who appeared at a House subcommittee hearing to discuss legislation intended to help slow the progress of warming. And in the process, he showed that he's not exactly a whiz when it comes to understanding metaphors either.

Responding to comments and a question from the congressman, Gore said, "I believe that it's important to look at the sources of the science that we rely on. With all due respect, I believe that you have relied on people you have trusted, who have given you bad information. I don't blame the investors who trusted Bernie Madoff. But he gave them bad information and..."

It was at this point that Barton cut Gore off to interject, "I've never talked to Bernie Madoff."

And to think people wonder why this job has made me lose faith in Congress.