With voter rage on the rise, the political class can no longer ignore calls for reform. 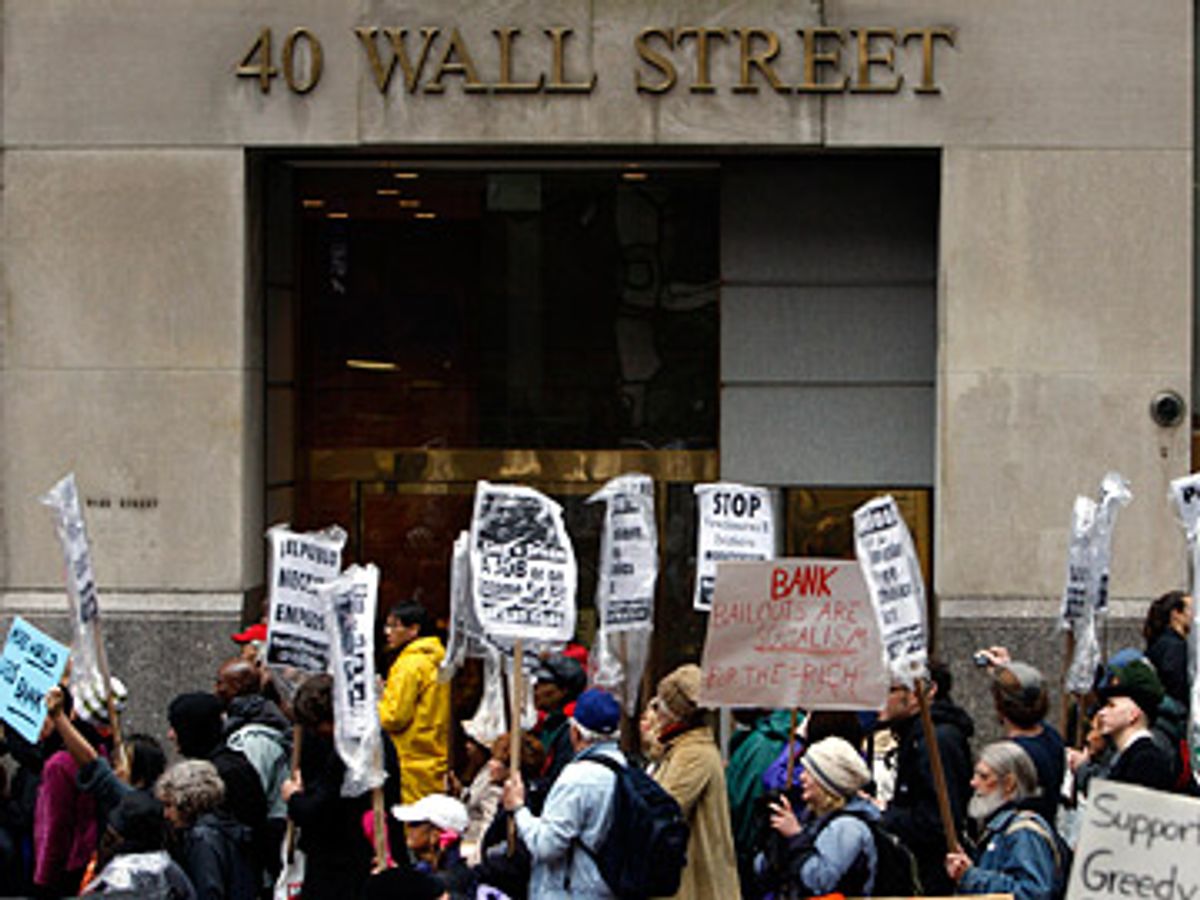 In 2006, journalist Christopher Hayes wrote a little-noticed article for In These Times magazine about a proposal in Oregon to crack down on predatory lending. The initiative had become so popular that conservative legislators supported it fearing that if it were put on the state's ballot, the resulting gusher of grass-roots support would not only ratify the measure, but depose the bank-allied Republican Party, too.

Hayes' piece was titled "Economic Populism Proves Popular," the headline a sarcastic middle finger flashed at a political and media Establishment that portrays policies "supporting the rights and power of the people" -- i.e., the dictionary definition of "populism" -- as somehow anathema to the people.

That depiction, of course, continues today. But now, populism isn't just popular in America; it is becoming the dominant paradigm, and that has the Establishment frightened.

For years, the country watched its populist desire for healthcare, tax, trade and financial reform run into the reality of elite politicians handing out trillions of dollars' worth of corporate welfare and bank bailouts as the economy collapsed. Not surprisingly, a new Rasmussen poll on attitudes toward government and corporations shows 75 percent of the country "can be classified on the populist or Mainstream side of the divide" while just 14 percent "side with the political class."

As if to confirm the chasm, this "political class" -- consultants, politicians, lobbyists and commentators -- has been denigrating populism as too overwrought to be taken seriously. Listen to a typical pundit defending AIG's bonuses or criticizing demands for a new trade policy, and you will inevitably hear the word "populist" accompanied by the word "rage" and/or "dangerous," followed by tributes to the status quo.

This elite propaganda, says Georgetown University's Michael Kazin, dismissively implies "that anger from ordinary people is emotional, coming from people who don't understand how the economy works and are just lashing out at their social betters."

The caricaturing cribs from Richard Nixon's playbook. Whereas the 36th president got himself reelected by steering the country's anger at the Vietnam War into anger at countercultural war protestors, today's political class portrays the public's outrage as the nation's biggest problem, rather than what the public is justifiably outraged at.

Today, though, Tricky Dick's tactics aren't working, and not just because 2009's economy is far worse than 1972's.

This is the era when "You" are Time magazine's person of the year -- an era whose information and interactivity revolution now has us looking to ourselves for direction, not officialdom's gatekeepers. Additionally, America has lately been taught to expect results from democracy. TV viewers get to decide "American Idol" winners, Facebookers get to change their site's bylaws, and voters get to autonomously use Obama campaign resources to win elections -- and we get to do all this from outside the press clubs and smoke-filled rooms.

This profound rewiring of instincts and expectations is why the vilification of "populist rage" has failed as a political barbiturate, why the country still seethes, and why both parties are suddenly listening to "the people" instead of the Establishment. This is why, for instance, Republicans are staging "Tea Party" protests against federal spending and why Democrats are pushing bills to expand healthcare, reregulate Wall Street and cap executive pay -- because they know the political class, however offended, can no longer stop a voter backlash.

Admittedly, contradiction is everywhere: Republican rallies bewail deficits the GOP manufactured, and Democrats lament deregulatory schemes they originally crafted. But no matter how hypocritical the response is, it is a response, and that represents change from decades of aloof government. It suggests a democratic renewal whereby populism -- i.e., advocating what the public wants -- isn't merely one popular brand of politics, but is politics itself.