The Pennsylvania senator is a Republican no more; he's switching parties and running as a Democrat in 2010. 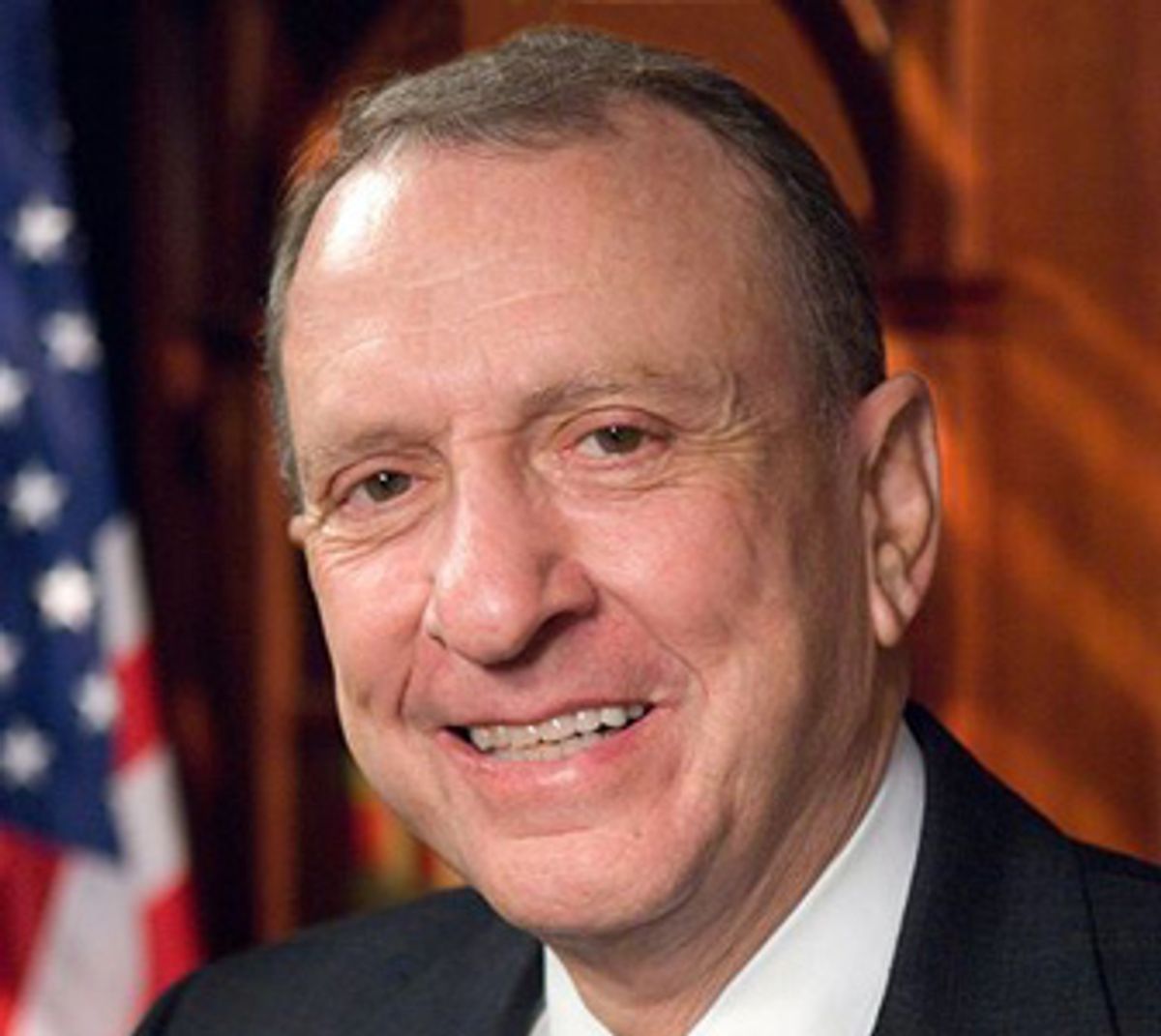 In a move that will rock the political world, Pennsylvania Sen. Arlen Specter has announced that he's switching parties, and will run for reelection in 2010 as a Democrat. That gives the Democrats 59 seats in the Senate, and assuming Al Franken is eventually officially declared the winner of his race in Minnesota against former Sen. Norm Coleman, it will give them a theoretically filibuster-proof majority.

To some extent, Specter was pushed in to his decision by his fellow Republicans and by former Rep. Pat Toomey's decision to mount a primary challenge against him. If he wanted to continue his political career, Specter had little choice but to bolt the GOP. There seemed to be little chance he could survive an attack on his right flank, and if he did make it to the general election, the positions he'd have to have taken to get that far might very well have doomed him.

Here's Specter's full statement on his decision, in which he essentially says -- to borrow an old cliché typically used on the other side of the aisle -- that the Republican Party left him, and not the other way around:

I have been a Republican since 1966. I have been working extremely hard for the Party, for its candidates and for the ideals of a Republican Party whose tent is big enough to welcome diverse points of view. While I have been comfortable being a Republican, my Party has not defined who I am. I have taken each issue one at a time and have exercised independent judgment to do what I thought was best for Pennsylvania and the nation.

Since my election in 1980, as part of the Reagan Big Tent, the Republican Party has moved far to the right. Last year, more than 200,000 Republicans in Pennsylvania changed their registration to become Democrats. I now find my political philosophy more in line with Democrats than Republicans.

When I supported the stimulus package, I knew that it would not be popular with the Republican Party. But, I saw the stimulus as necessary to lessen the risk of a far more serious recession than we are now experiencing.

Since then, I have traveled the State, talked to Republican leaders and office-holders and my supporters and I have carefully examined public opinion. It has become clear to me that the stimulus vote caused a schism which makes our differences irreconcilable. On this state of the record, I am unwilling to have my twenty-nine year Senate record judged by the Pennsylvania Republican primary electorate. I have not represented the Republican Party. I have represented the people of Pennsylvania.

I have decided to run for re-election in 2010 in the Democratic primary.

I am ready, willing and anxious to take on all comers and have my candidacy for re-election determined in a general election.

I deeply regret that I will be disappointing many friends and supporters. I can understand their disappointment. I am also disappointed that so many in the Party I have worked for for more than four decades do not want me to be their candidate. It is very painful on both sides. I thank specially Senators McConnell and Cornyn for their forbearance.

I am not making this decision because there are no important and interesting opportunities outside the Senate. I take on this complicated run for re-election because I am deeply concerned about the future of our country and I believe I have a significant contribution to make on many of the key issues of the day, especially medical research. NIH funding has saved or lengthened thousands of lives, including mine, and much more needs to be done. And my seniority is very important to continue to bring important projects vital to Pennsylvania’s economy.

I am taking this action now because there are fewer than thirteen months to the 2010 Pennsylvania Primary and there is much to be done in preparation for that election. Upon request, I will return campaign contributions contributed during this cycle.

While each member of the Senate caucuses with his Party, what each of us hopes to accomplish is distinct from his party affiliation. The American people do not care which Party solves the problems confronting our nation. And no Senator, no matter how loyal he is to his Party, should or would put party loyalty above his duty to the state and nation.

My change in party affiliation does not mean that I will be a party-line voter any more for the Democrats that I have been for the Republicans. Unlike Senator Jeffords’ switch which changed party control, I will not be an automatic 60th vote for cloture. For example, my position on Employees Free Choice (Card Check) will not change.

Whatever my party affiliation, I will continue to be guided by President Kennedy’s statement that sometimes Party asks too much. When it does, I will continue my independent voting and follow my conscience on what I think is best for Pennsylvania and America.