The Pennsylvania senator ditches the GOP. Is one of our major political parties on its death bed? 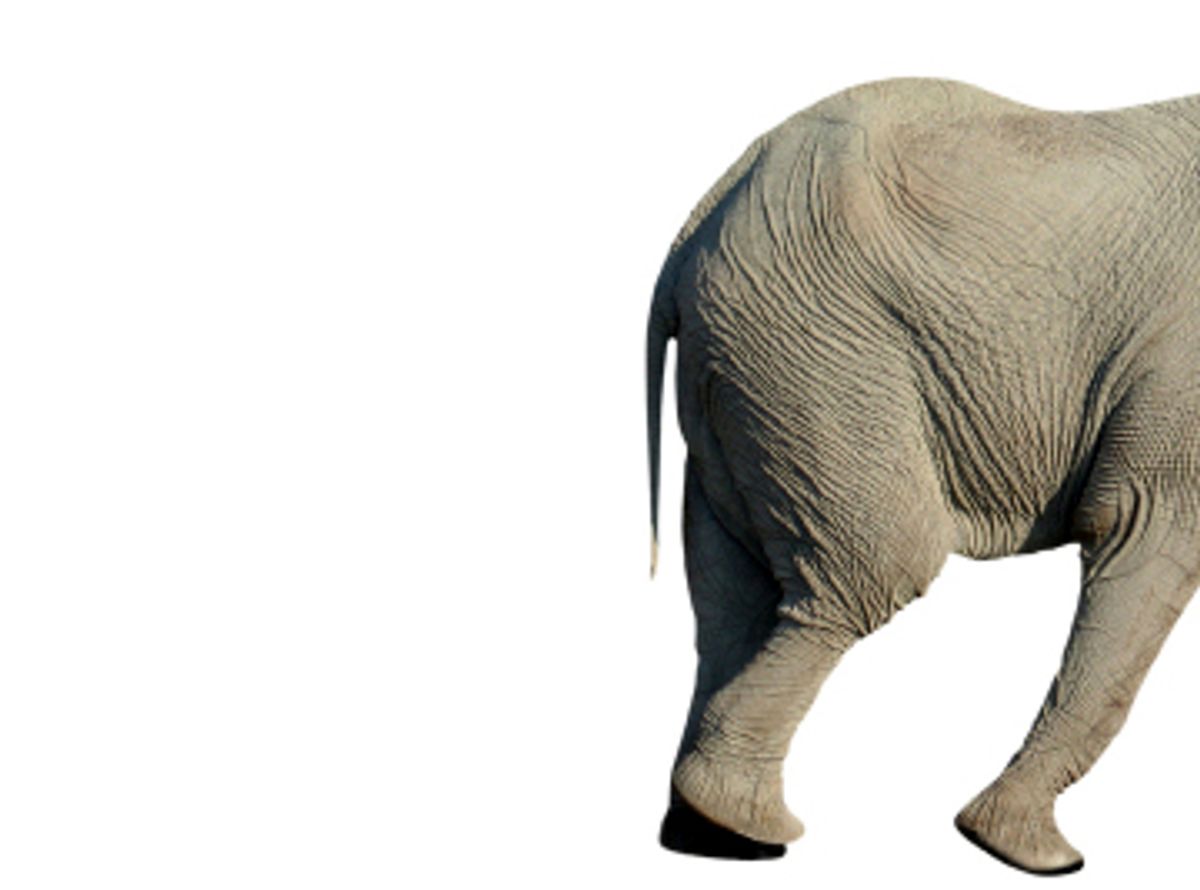 President Obama and his staff tried to minimize Wednesday's landmark as just a Hallmark holiday. That's typical of Obama's sharp political operation, going back to the primaries. The first 100-day mark, meaningless? Ha: The Obama team lived for this day.

Reviewing Obama's accomplishments since Jan. 20 makes even me tired: pledging to close Guantánamo; staff ethics reform; an equal pay bill; an ambitious if not big enough stimulus plan; strong initiatives on healthcare and climate change; trips abroad to repair relationships with Europe, Russia, China and Latin America. Yes, he made some bad moves on state secrets and the bank bailout, but anybody who criticizes Obama's pace of change is being paid to be a crank.

But GOP Sen. Arlen Specter's decision to join the Democratic Party overshadowed most of that galloping list of accomplishments. It was no accident the vulnerable incumbent left the Republican Party today. I'm not talking about the bad news he got about his primary challenge from Club for Growth zealot Pat Toomey; he's been losing the primary to a theoretical Toomey challenge for a while. I'm talking about the increasing irrelevance and impotence of Republicans, which is resounding on this first big milestone of the new Democratic administration.

Forgive me if my examples to come are heavy on Fox News and other crazies; I was on JetBlue all day, from San Francisco to New York, with only Fox and CNN, no MSNBC; and CNN was obsessed with swine flu. But Fox was playing Specter's defection big time. Boy, Sean Hannity is quite upset, calling the Pennsylvania leader "Benedict Arlen" and stepping out of his normal "fair and balanced" role to, well, go insane. Specter challenger Toomey showed up as a guest, and they both fulminated about Specter's betrayal, leaving the party that had supported him all these years. How dare he?

This being Fox, there was no liberal to disturb Hannity and Toomey's intellectual slumber. I longed for somebody to say: Boys, Specter is simply following supporters out the door to the other party. Hundreds of thousands of Pennsylvania Republicans left to vote for a Democrat last year alone, on top of those who abandoned "man on dog" crazy Rick Santorum for Sen. Bob Casey in 2006. (Oh, and a slight digression: I knew former LAPD detective and O.J.-trial star Mark Fuhrman was a Fox commentator, but I'd never actually seen him. And when he showed up on a Fox panel talking about Specter and Obama, it was hard not to think: What's his expertise here? That we have a black president he doesn't like? Um, what does he think of the new Beyoncé movie? Digression over, but it was surreal.)

I also got to watch Senate Minority Leader Mitch McConnell tell the world, "This is not a national story -- this is a Pennsylvania story." Sucks to be McConnell today, so let's give that to him. OK, Mitch, it's a Pennsylvania story. Absolutely. But the disappearance of the GOP is also an every-state-in-New England story, an Eastern seaboard story (skipping southern stones down to Florida), a West Coast story, increasingly a Midwest and Mountain States story, too. In fact, the only place Specter's defection isn't a story is in a narrowing swath of the South. Maybe secession will rise again, beyond Rick Perry in Texas.

But if not, this party could be dead. I had to turn to CNN, during a break from its swine flu overkill, to learn how bad things are for McConnell and friends: Moderate voters approve of Democrats 60 to 35 percent, and "approve" of Republicans in a mirror sort of way, 38 to 58 against.

I'm not a huge Arlen Specter admirer. He's often talked centrist and then voted with his benighted party. Today he said he'd vote against the Employee Free Choice Act, as well as the confirmation of Constitution defender Dawn Johnsen. But he's bucked his party with some regularity, and his vote for the Obama stimulus plan was crucial. Sure, I also believed that Specter and his marginal GOP sisters, Susan Collins and Olympia Snowe of Maine, made sure the stimulus was smaller than we need, but they helped get it passed. Obama needs Specter.

And Specter needs the Democrats. There are very few votes left, in Pennsylvania or anywhere else, for Specter's version of the GOP. It's clear the party's leaders are now Dick Cheney, Rush Limbaugh, Sean Hannity and sad, sad Michael Steele, who claimed, in his remarkable vote-seeking urban patois, that Specter "flipped the bird" to the GOP. In fact, the Republican Party flipped the bird to Specter and the rest of us a long time ago.

Clearly some people, including Specter, are slow on the uptake. But it's only taken 100 days for an ambitious, energetic, goal-oriented Obama to make it clear to many Republican voters, and a few leaders, that they're part of a dying party. Obama will send out some lifeboats, I'm sure, and they may well fill up with smart Republicans. But the party of no is failing, badly, and Specter's decision is just more proof.

It doesn't mean Obama, or liberals, will win every debate: The future of American policy is likely to come down to disputes between conservative and liberal Democrats. But that can only be good for the country, given what eight years of right-wing domestic and foreign policy orthodoxy have done to the Republican party – and the rest of us.