The Democrats have no more excuses

With Arlen Specter and Al Franken, the Democrats will have 60 votes in the Senate. They can no longer blame Republicans for standing in the way of a progressive agenda. 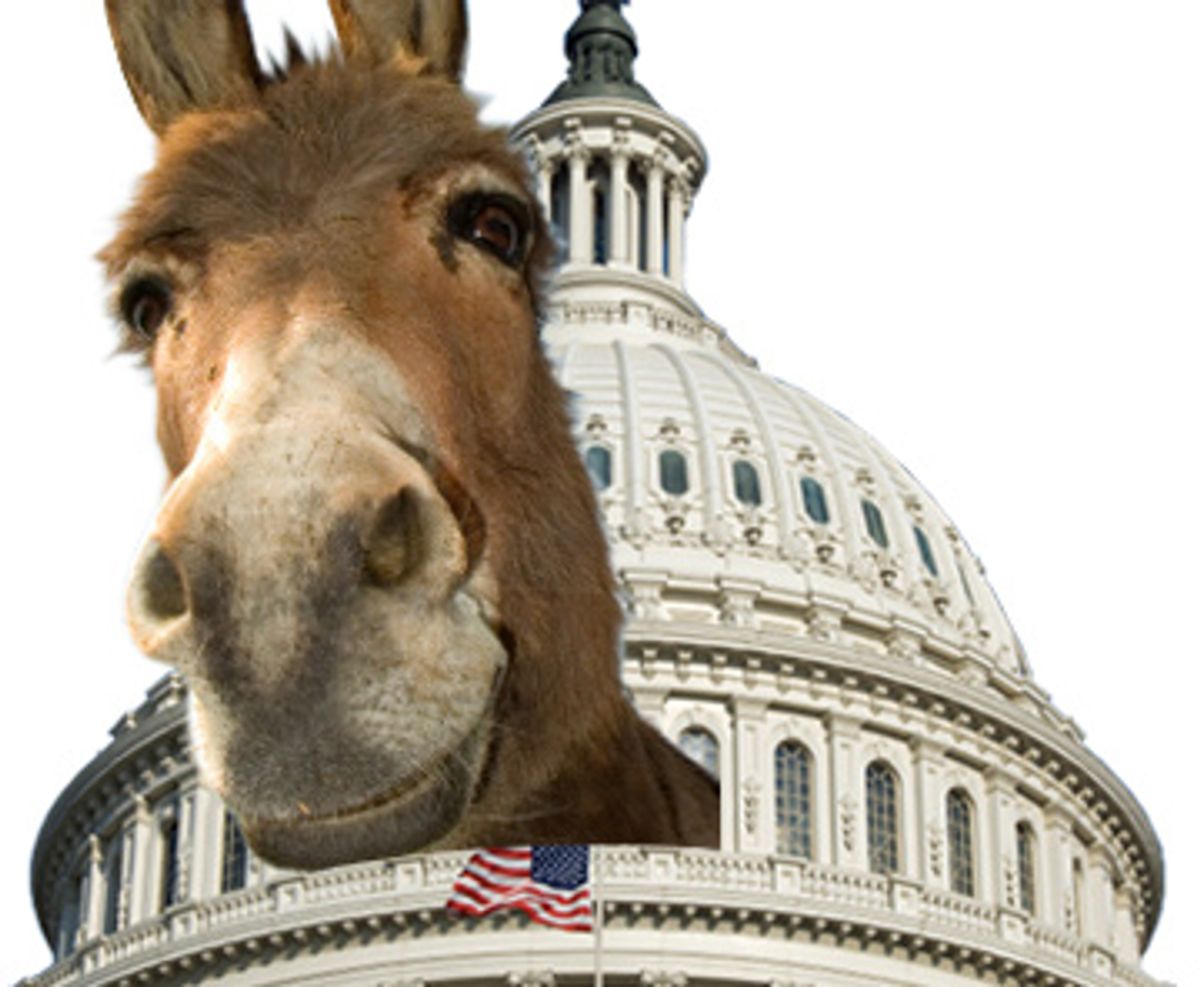 As counsel for the Warren Commission investigating the Kennedy assassination, Arlen Specter described a "magic bullet" that changed America. Four decades later as a U.S. senator, Specter is providing another history-altering magic bullet -- one Democrats will either fire off in a starting gun, or use in their suicide.

By leaving the Republican Party this week, the five-term Pennsylvania lawmaker eliminated the last Democratic rationale for inaction: the Senate filibuster. With Minnesota Democrat Al Franken expected to be seated soon, and now with Specter, Democrats will have the 60 Senate votes needed to overcome all parliamentary obstructions.

This legislative magic bullet will force Democrats to fulfill their policy promises and potentially commence an era of dominance, or they will fail and be annihilated at the polls.

No longer can they blame Republicans for stopping bills to reform healthcare, tax, defense and trade policy. In command of the White House, the autocratic House of Representatives, and soon a filibuster-proof Senate majority, Democrats will have total authority to do whatever they want, and no scapegoat to fault. That means, as ABC News' Rick Klein said, "This is Democrats' turn to govern, no excuses" -- and it means we're about to find out whether their pledges were genuine.

Ever since the 1994 Republican takeover of Congress, Democrats have guaranteed "real change" if we give them back control of government. They've made this pledge despite helping Republicans to deregulate the financial system and to plunge the country into the Iraq war. And at every turn, they've blamed the GOP, rather than themselves, for gridlock.

When they temporarily took back the Senate in 2001 after Vermont Sen. Jim Jeffords' party switch, they said the Republican House would stymie their priorities -- a logical argument that came true. When they won both houses of Congress in 2006, they said George W. Bush would veto their agenda -- again, a fair assertion that proved correct. When they won both Congress and the White House in 2008, they insisted they still couldn't do very much because their 58 Senate votes couldn't overcome a filibuster -- a less believable claim considering Obama's bully pulpit, but nonetheless at least mathematically valid.

It has been like watching a 15-year version of an Indiana Jones film -- every time we think the quest to find the ark will be completed, there's been another twist, putting off the promised conclusion just a little bit more.

Of course, when Dr. Jones' adventure did eventually end and the ark was found and opened, it gruesomely melted the heads of those standing nearby as they euphorically screamed, "It's beautiful!" And, in fact, that's one possible outcome of Specter's announcement.

Sixty Senate votes do seem beautiful ... until 10 bought-off, right-wing and/or weak-kneed Democrats decide to keep helping Republicans make the upper chamber our nation's single most powerful obstacle to "real change." When that happens, 60 votes become an ugly flame that sears the electoral flesh off politicians who technically have the power to act, but whose subsequent failure to deliver exposes their dishonesty.

The other possible outcome is actual progress. Even the most recalcitrant Democratic senators likely comprehend that in a 60-vote environment brimming with expectations, their continued alliance with Republican obstructionists could endanger their whole party and consequently their individual careers. They have to understand that it's one thing to vote against your party's universal healthcare promise when the GOP could filibuster such a proposal -- but it's quite another thing to cast a deciding vote against that promise when your party has all the power. That reality could forge a new cohesion necessary for results -- and for an enduring majority.

It all depends on how Democrats use the magic bullet Arlen Specter just handed them.