Sonia Sotomayor, the 2nd Circuit Court of Appeals judge who comes from working-class Puerto Rican roots, is everything the president could desire. 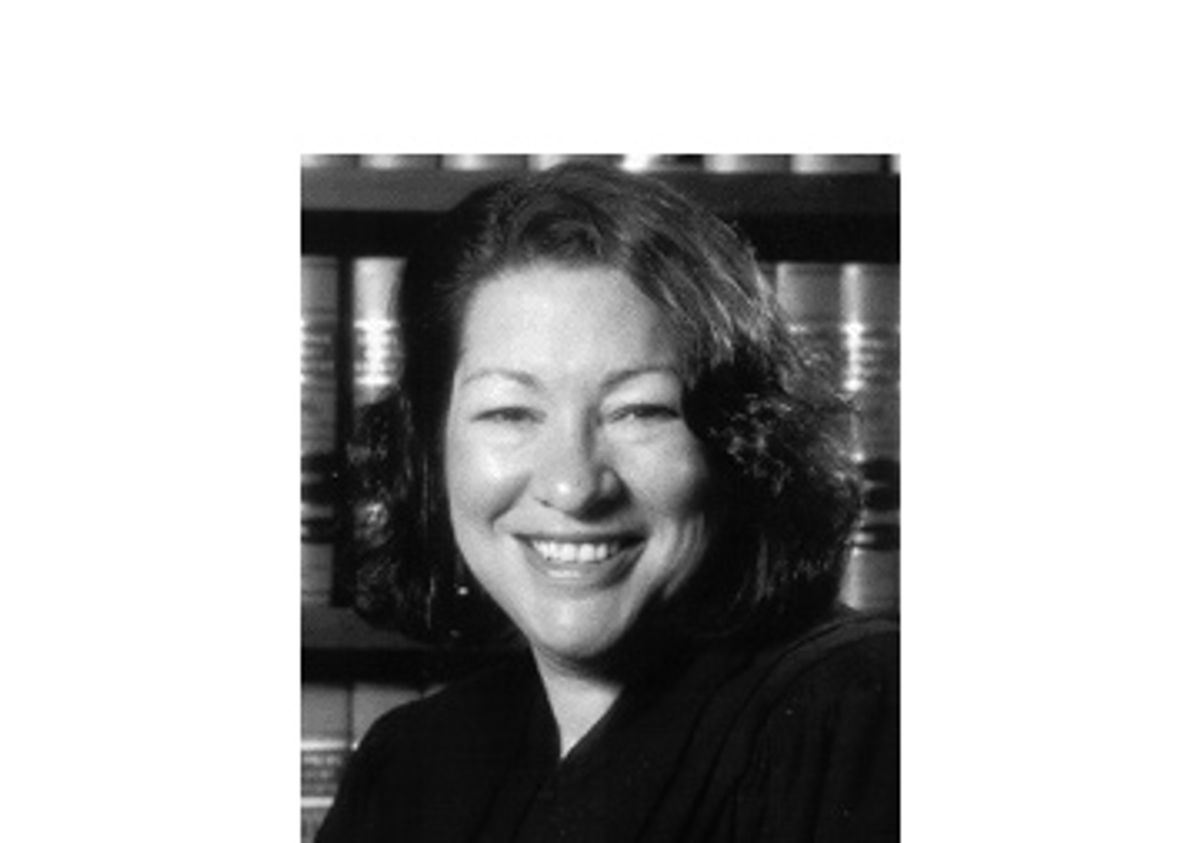 Every Supreme Court nomination is not only a strategic presidential opportunity but a clear measure of the nation's current political dispensation. For Barack Obama, the anticipated chance to replace Justice David Souter has arrived at a time of massive political and ideological shifting that this decision can underscore. Glancing over the latest list of potential nominees, there is at least one highly qualified jurist whose selection would emphasize change -- and might well lure the Republicans into yet another of the foolish mistakes that have done them so much damage.

The name of that particular nominee would be Sonia Sotomayor, daughter of a working-class Bronx family from Puerto Rico, who now serves on the Second Circuit of the United States Court of Appeals.

Leaving aside for a moment the question of her precise place on the judicial spectrum between liberal and conservative, Sotomayor represents everything that a president choosing his first justice in his first term could desire. As a female her elevation would begin to bring gender equity to a forum where historically men have exercised far too much unchallenged power over the lives of the women. As a Latina, her rise would symbolize the next stage in the full enfranchisement of immigrants whose language, status and poverty have too often turned them into scapegoats for the cultural and economic costs of globalization.

Obama could safely ignore the predictable complaint that he had somehow excluded white males (which is already being voiced in some quarters) because, thanks to his predecessor, members of that group were awarded the last two seats on the court. Presumably he will consider other female, Hispanic and African-American candidates as the process begins, but the presumption in favor of Sotomayor is strong unless a significant problem surfaces while vetting her.

That doesn't mean a Sotomayor nomination would encounter no opposition. In fact, the professional right-wing activists who have dominated so many judicial nomination battles are already coming after her. According to Ben Smith in Politico, one such activist is circulating a memo that brands Sotomayor a "hard left activist" judge with extreme views on affirmative action, and pillories her for saying that her life as a minority woman influences her judicial thinking. The same memo goes on to smear her as a "bully" who lacks the proper temperament to serve on the Supreme Court.

Of course, such complaints would be comical to hear in a Senate debate, coming as they would from the same conservatives who venerate the overbearing Antonin Scalia and eccentric Clarence Thomas. Even if Sotomayor is considered "one of the more liberal" judges on the Court of Appeals, as the memo suggests, why should Obama not exercise the kind of judgment that allowed George W. Bush to choose justices who reflected his perspective? In fact, Sotomayor is considerably more moderate in her thinking and practice than Samuel Alito or John Roberts. It is worth recalling that she was originally nominated to the federal bench by the first President Bush (just like Souter) with the support of then-Senators Alfonse D'Amato (R-NY), a hardline conservative, and Daniel Patrick Moynihan (D-NY), hardly a doctrinaire liberal. While the Republicans have long directed attacks at her, they have made no serious dent in her reputation. Senator Orrin Hatch was one of several conservatives who voted to seat her on the Second Circuit in a lopsided confirmation vote.

What may give the president pause as he considers Sotomayor, however, is her age. She will celebrate her 55th birthday in June, which means a shorter term on the bench than a candidate in her forties would enjoy -- and a longer record of decisions for the Republicans to attack. From a strategic perspective, nominating someone younger (like Roberts) offers the prospect of a stronger liberal bench in the long term, after Obama has left office with as many as three Supreme Court nominations completed.

The question of temperament may also influence Obama, given his personal history as the open-minded broker among factions on the Harvard Law Review. In the politics of the court, there are two basic kinds of justices whose weight exceeds a single vote -- those who persuade by force of personality and those who convince by force of argument (although the legendary Justice William Brennan combined aspects of both). Which kind of justice this president wants to pick is likely to be influenced by his own personality, as well as his lingering desire for bipartisan approval.

But now that the Democrats have 59 going on 60 votes in the Senate, bipartisanship can wait a while. So can the choice of a persuasive personality, for that matter, because the president is almost certain to have one if not two more nominations coming. The replacement of Souter by Sotomayor would be significant for political and historic reasons that transcend Obama's own proclivities, if he can see past them. The Republicans will not be able to resist a fight over her, which should be exactly what the president wants.

How do you say "bring it" in Spanish?