Her Honor: Domineering and dumb

A New Republic profile of potential Supreme Court nominee Sonia Sotomayor is a primer on how we talk about women in powerful places. 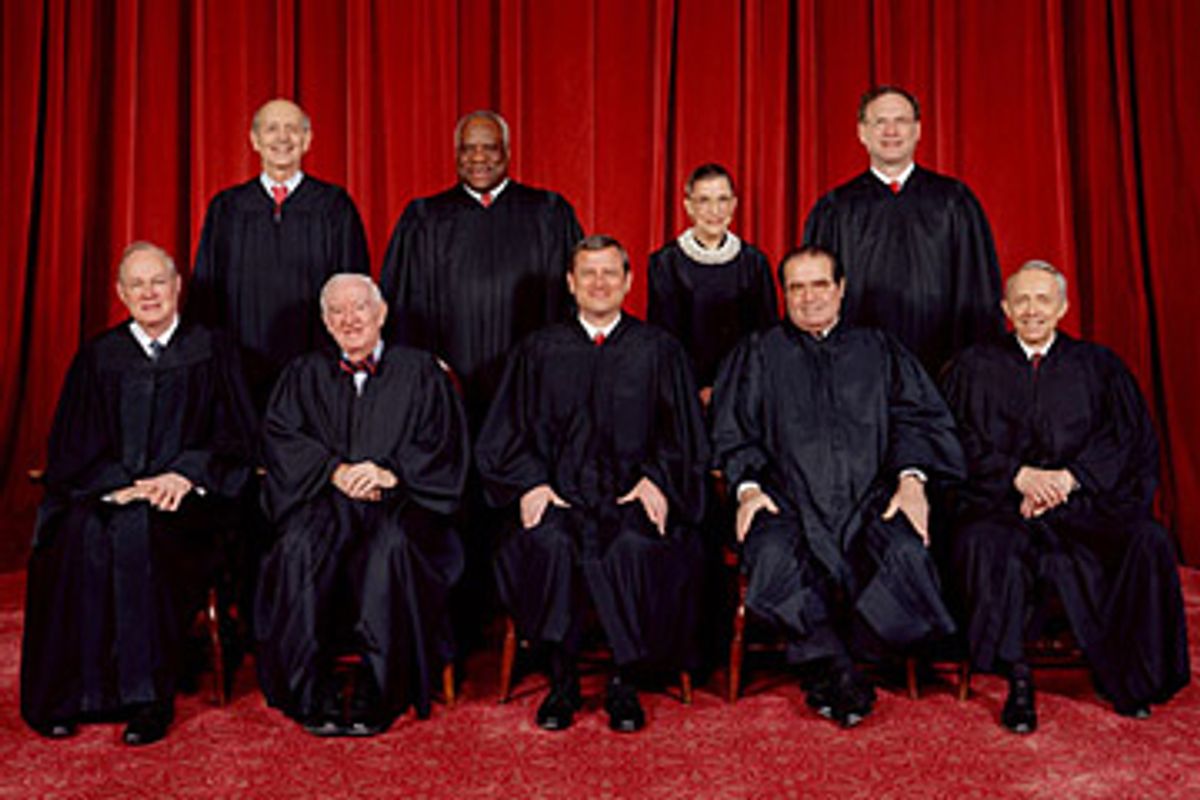 Check out this Sonia Sotomayor piece by New Republic legal affairs editor Jeffrey Rosen for a primer on how we talk about ladies when they are up for big (and traditionally male) jobs like being on the Supreme Court.

Some background: There has been a ton of speculation that Sotomayor, a 2nd Circuit judge on the U.S. Court of Appeals, will be one of Barack Obama's leading contenders to fill the slot on the court about to be vacated by Justice David Souter. Sotomayor is a Bronx native from a Puerto Rican family, a graduate of Princeton and Yale Law School, and a former commercial litigator and New York assistant district attorney. Lots of people love Sotomayor.

But Rosen, who is kicking off a series about "the strengths and weaknesses of the leading candidates on Barack Obama's Supreme Court shortlist," isn't so sure. He starts off by covering her strengths, which to his mind include Sotomayor's background, her education and her support from New York politicians. Her former clerks, writes Rosen, praise her "as a demanding but thoughtful boss whose personal experiences have given her a commitment to legal fairness."

Also, "because Sotomayor is divorced and has no children," Rosen reports, her clerks "become like her extended family -- working late with her, visiting her apartment once a month for card games (where she remembers their favorite drinks) and taking a field trip together to the premiere of a Harry Potter movie."

It's hard to tell whether it's weirder that Rosen just freely observes that Sotomayor's clerks fill the baby-shaped hole in her heart (if she were a married mother, no Harry Potter for you, clerk suckers!) or that he feels OK about including it in the positive half of the story, in which he's cataloging the judge's "strengths." You know, the ones that might qualify her for a spot on the Supreme Court of the United States.

But then Rosen gets around to Sotomayor's weaknesses. And, depressingly, many of them, as reported by "people who have worked with her," several of them clerks for other judges, include complaints about Sotomayor's "temperament" and "her ability to provide an intellectual counterweight to the conservative justices." So ... she's moody and lacks intellectual gravitas. Surprise!

The most serious concern, Rosen quotes a former clerk for another 2nd Circuit judge as saying, is that Sotomayor is "not that smart and kind of a bully on the bench." Not that smart? Well, that's surely possible, but also one of the most readily available spears to throw at a woman in competition for a man's job, especially when that job is a heavy intellectual lift. It's also unsurprising, but grossly familiar, that questions about Sotomayor's intellectual chops come after so much focus on how great an asset her background as an urban Puerto Rican woman is to her Supreme Court prospects. It seems a barely veiled setup, if not by Rosen than by his sources, for an affirmative action insinuation: that she is only in contention for the SCOTUS seat -- and presumably was only at Princeton, and Yale, and at the District Attorney's office, and on the 2nd Circuit, etc., etc. -- because of her status as a minority.

And the bully part? That's about how, in the words of the anonymous former clerk, she "has an inflated opinion of herself" and is "domineering during oral arguments." The clerk also accuses her of asking questions that "aren't penetrating." Rosen sees fit to report the detail that during one of Sotomayor's arguments, an "elderly judicial colleague is said to have leaned over and said, 'Will you please stop talking and let them talk?'" She just won't shut up, see?

Perhaps the single most frustrating part of Rosen's piece is his use of an observation made about Sotomayor to the New York Times by her colleague, 2nd Circuit Judge Jose Cabranes, that Sotomayor "is not intimidated or overwhelmed by the eminence or power or prestige of any party, or indeed of the media." This sounds like a compliment to me and high praise for a potential Supreme Court nominee. But in Rosen's view, it is simply a more felicitous version of the complaint that she won't shut her trap.

Rosen points to other perfectly valid concerns about Sotomayor, some broad and some specific, including that former prosecutors have complaints about the tightness and quality of her opinions and that she may not present a "clear liberal alternative" to the conservatives on the court.

But when good questions about qualifications or politics are mashed together with low-budget aspersions about how brash, bossy and talkative a powerful woman is, it's hard to take them seriously.