The president announces a plan to crack down on overseas tax havens and other multinational corporate tax loopholes. But how hard will he fight for his changes? 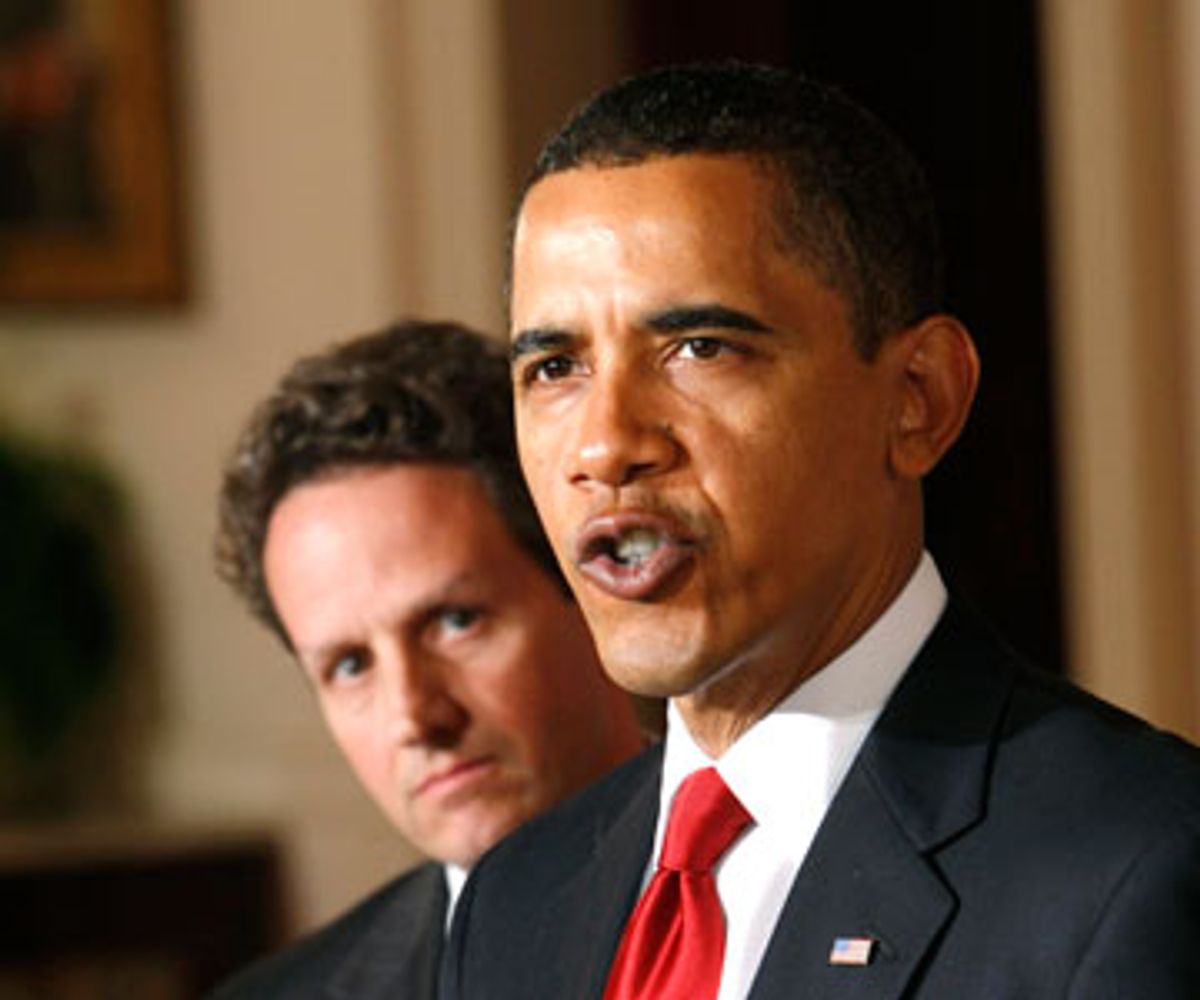 Is President Obama intent on creating an "anti-business climate" in the United States? The question might seem ridiculous on a day when the White House leaked the news that the results of the stress tests to be released later this week will prove that no bank is "insolvent." The stock market consequently surged. But the president's announcement Monday morning of a push to crack down on tax loopholes that allow multinational corporations to avoid paying what they owe to the U.S. government is already spawning halfhearted chatter on the cable news shows: It's more proof of Obama's antipathy to business.

The criticism is muted, however, because it's just not a winning political proposition to defend multinational businesses that offshore jobs at a time when populist fervor rages so high. And however one feels like framing the story -- cracking down on tax cheats, or class warfare -- the initiative certainly can't be considered a surprise. On the campaign trail, Obama's promise to go after corporate tax loopholes was a stump-speech staple. As recently as February, in a speech to a joint session of Congress, Obama talked about "finally ending the tax breaks for corporations that ship our jobs overseas." The original White House budget blueprint included a rough outline of the plan. On Monday, Obama laid out the details.

Eight hundred new IRS agents. A crackdown on tax havens and dodgy deductions on foreign earnings. Likely to raise $210 billion in revenues over the next 10 years.

In his address, Obama was forceful and clear. The tax code changes were about "fairness" and resetting the balance of globalization. He wants a tax code that does not provide incentives that encourage American corporations to create jobs in "Bangalore, India" instead of "Buffalo, New York." "No one likes paying taxes," he said, but it is an "obligation of citizenship," necessary to pay for "the common defense and mutual well-being."

Politically speaking, it's hard to see this as anything but a win for the White House. When Obama talked about ending "tax scams" by companies who are "shirking their responsibilities" to America, it's impossible not to see that playing well with the majority of the population. As usual, Obama looked in command -- a stark contrast to the preliminary remarks by Treasury Secretary Geithner, who did his best to sound firm, but would be better off avoiding opportunities where he can be compared directly to his president.

But the real question is how much meat will Obama put on these bones? Actually changing the tax code will require congressional approval. Which means it will also require a sustained fight against exactly the same "lobbyists and special interests" that Obama blamed for "slipping these distorted provisions into our tax code."

Congress' recent failure to pass so-called cramdown legislation that would have allowed bankruptcy judges to unilaterally modify the terms of mortgage contracts offers a sobering lesson. President Obama supported the move, but did not fight for it -- he did not spend one penny of his immense political capital making a sustained case for why something that banking industry was vociferously opposed to should be enacted into law. The business lobby will fight vigorously against the proposed tax code changes, and the list of companies already squawking -- Microsoft, Cisco, GE -- are as blue chip as they come. Their lobbyists will be legion. Obama talked tough, but despite a record, to this date, that generally should be regarded as successful, he has yet to really get in the trenches and get dirty. Monday's speech offers a fine opportunity to hold him to his word.