This astonishing novel by the author of "Tipping the Velvet" gives the traditional ghost story a creepy twist -- and a dose of class resentment. 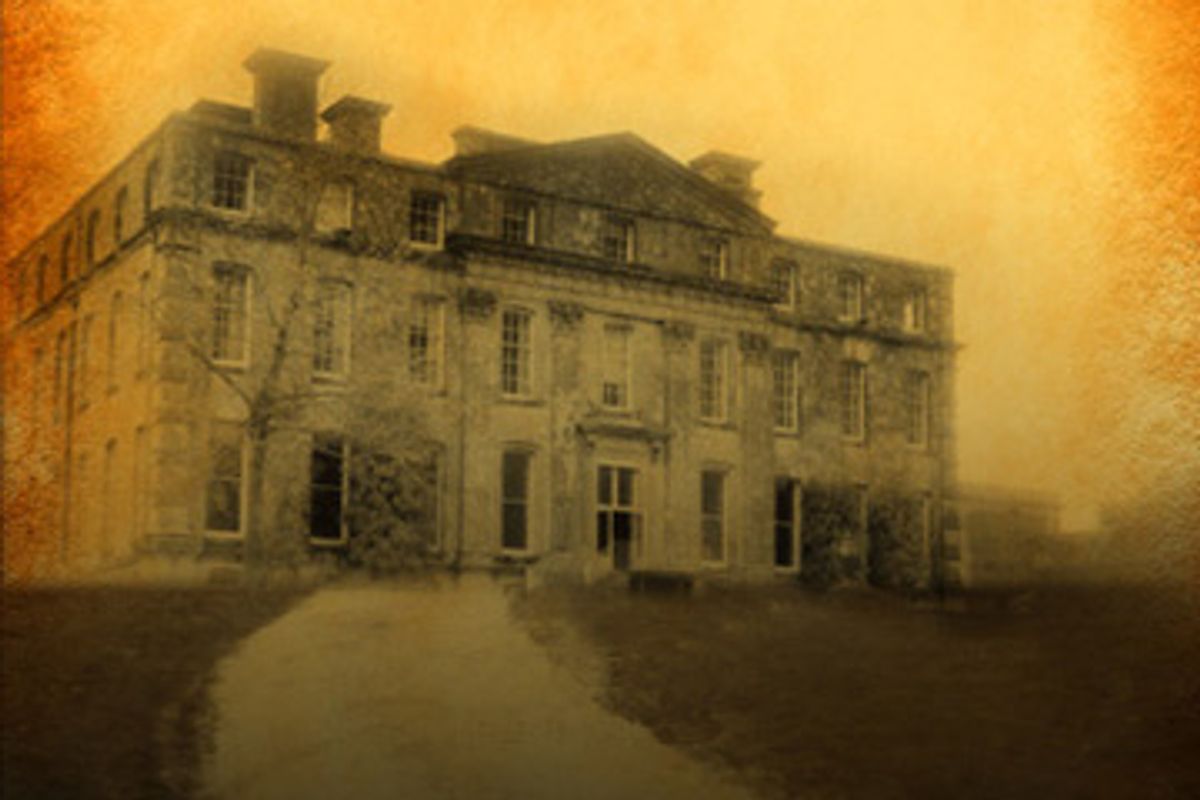 Ghosts are not supposed to exist, which is one reason why ghost stories are often about things that people try to deny. The rage and sexual longings of lonely, well-bred women, for example, infuse the two great classics of the form: Henry James' "Turn of the Screw" and Shirley Jackson's "The Haunting of Hill House." Sarah Waters' masterly, enthralling new novel, "The Little Stranger," hews to the essential aspects of the traditional ghost story: the big spooky country house with a tragic past, the peculiar noises and eerie events that slowly intensify into a terrifying assault, the blurring line between internal turmoil and external phenomena, the skeptical scientific observer nudged ever closer to belief. Yet Waters has boldly reassigned all these gothic motifs from their usual Freudian duties to another detail entirely: "The Little Stranger" is about class, and the unavoidable yet lamentable price paid when venerable social hierarchies begin to erode.

The setting is Warwickshire around 1947. World War II has been over for two years, but England still muddles on under its shadow. Food and fuel are rationed, decent cigarettes are hard to come by, and for what's left of the old landed gentry, like the Ayres family of Hundreds Hall, a time-hallowed mode of life is passing away. The master of the house, Roderick, although only in his early 20s, is already profoundly damaged, his face and hands burned in a wartime plane crash and his knee "bashed up" to the degree that he walks with a cane. His older sister, Caroline, is too plain and eccentric to land a wealthy husband. Their widowed mother prefers to dream gently of the past, when Hundreds Hall was still splendid, before her first daughter, Susan ("my one true love"), died of diphtheria. Subsisting on the meager income of the remaining dairy farm, the Ayreses have sold off the estate's finer possessions and, acre by acre, its choice land. Even so, their grand 18th-century mansion is crumbling all around them. They reuse uncanceled stamps and pin up the peeling wallpaper with thumbtacks.

Into the Ayreses' lives comes the novel's narrator, Dr. Faraday, the 40-year-old son of a local shopkeeper and a former Hundreds nursemaid, a man whose parents sacrificed themselves for the sake of his medical degree and a career he now regards as "undistinguished." Called in to treat a malingering teenage servant, he is invited to tea, and despite his background and profession, eventually into a tentative friendship with the family. (Family physicians were not considered the social equals of people like the Ayreses before the war.) The connection thrills him, since he has never forgotten a boyhood visit to the Hundreds in the last of its glory days, but he's also troubled by "faintest stirrings of a dark dislike" whenever his new friends exhibit flashes of their old entitlement.

Waters spends a good 100-plus pages building up this forlorn scene and its small congregation of dispirited inhabitants. It seems an unduly leisurely start at first, but as bad things finally begin to happen at Hundreds -- little things, really, not the Grand Guignol of a Stephen King -- the brilliance of her strategy becomes evident. "The Little Stranger" is so thoroughly grounded in the mundane, material reality of postwar life that these nibblings of unease -- mysterious scorch marks on the walls, a maid's bell that rings for no reason, the sound of footsteps upstairs, a key lying in the snow -- are rendered uncannily vivid. Cruder writers settle for generating horror; Waters knows how to be creepy, how to make the wrongness of what's transpiring at the old mansion crawl around under your skin.

Although Faraday balks at any supernatural explanation for the events at Hundreds, a colleague suggests to him that the cause might be "some dark germ, some ravenous, shadow-creature, some 'little stranger,' spawned from the troubled unconscious of someone connected with the house itself." The question is, whose unconscious? The Ayreses come to see the house itself as malevolent, a "frightful burden," as Caroline calls it, that "needs to be fed all the time, with money and hard work." Rather than being haunted by the people who once lived in it, the house seems to be haunting the people who live in it now. Yet even in its dilapidated state, Hundreds has a surpassing, romantic beauty -- "its cool fragrant spaces, the light it held like wine in a glass" -- that Faraday, too, finds enchanting. It is the embodiment of the old class system: fundamentally unjust yet capable of producing a rarefied loveliness that democracy can never hope to equal.

Waters is best known for a trio of historical novels ("Tipping the Velvet," "Fingersmith" and "Affinity") set in Victorian England and featuring intrepid lesbian heroines. "The Little Stranger" is her second foray (after "The Night Watch") into the postwar period, and her first book without any overtly lesbian characters -- in which, in fact, sexuality plays at most a minor role. Some fans may be disappointed by this, but I can't bring myself to sympathize. Waters has managed to write a near-perfect gothic novel while at the same time confidently deploying the form into fresher territory. It's an astonishing performance, right down to the book's mournful and devastating final sentence.