The White House's full-court press on Afghanistan and Pakistan

Leaders from both countries, vital to the administration's counter-terror strategy, came to Washington for a series of meetings Wednesday. 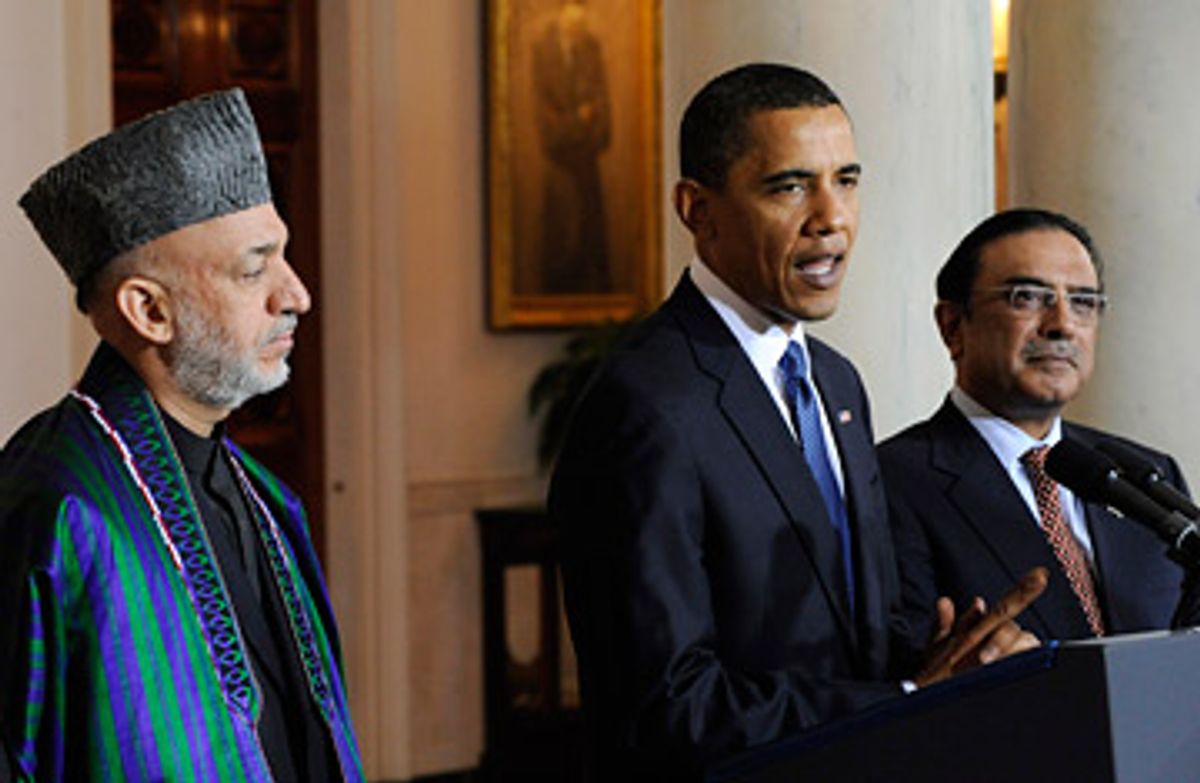 For the Obama administration, Wednesday was Afghanistan-Pakistan day. The leaders of the two countries -- Hamid Karzai and Asif Ali Zardari, respectively -- were in Washington, D.C. for a series of bilateral and trilateral meetings with members of the administration and with each other as well. And the White House pulled the big guns out for this one: Both President Obama and Vice President Biden were involved, as were Secretary of State Hillary Clinton and White House Chief of Staff Rahm Emanuel -- even Agriculture Secretary Tom Vilsack will be getting in on the action.

So far, there are few details as to what actually happened in the meetings, and the news out of them has consisted only of the standard messaging on the two countries, with a smattering of the usual diplomatic niceties. (To be completely honest, there was one surprise, causing me to fail in my predictions about what Obama would say after the meetings -- I guessed he would say they'd been "very productive." Instead he said they were "extraordinarily productive." I'm ashamed, believe me.)

But the amount of emphasis given to the meetings with the two men indicates just how seriously the administration takes the situation in Afghanistan and Pakistan, and their relative importance in the U.S. counterterror strategy udner Obama. The White House hasn't evinced a ton of confidence in either leader, but there's no other option at the moment, so they're putting everything they've got in to their relations with them.

A video of Obama's post-meeting comments is below. Elsewhere on Salon right now, check out the interview our friends at Der Spiegel conducted with Zardari.