The president vows to remove restrictions that make it difficult for the newly unemployed to seek job training and education. 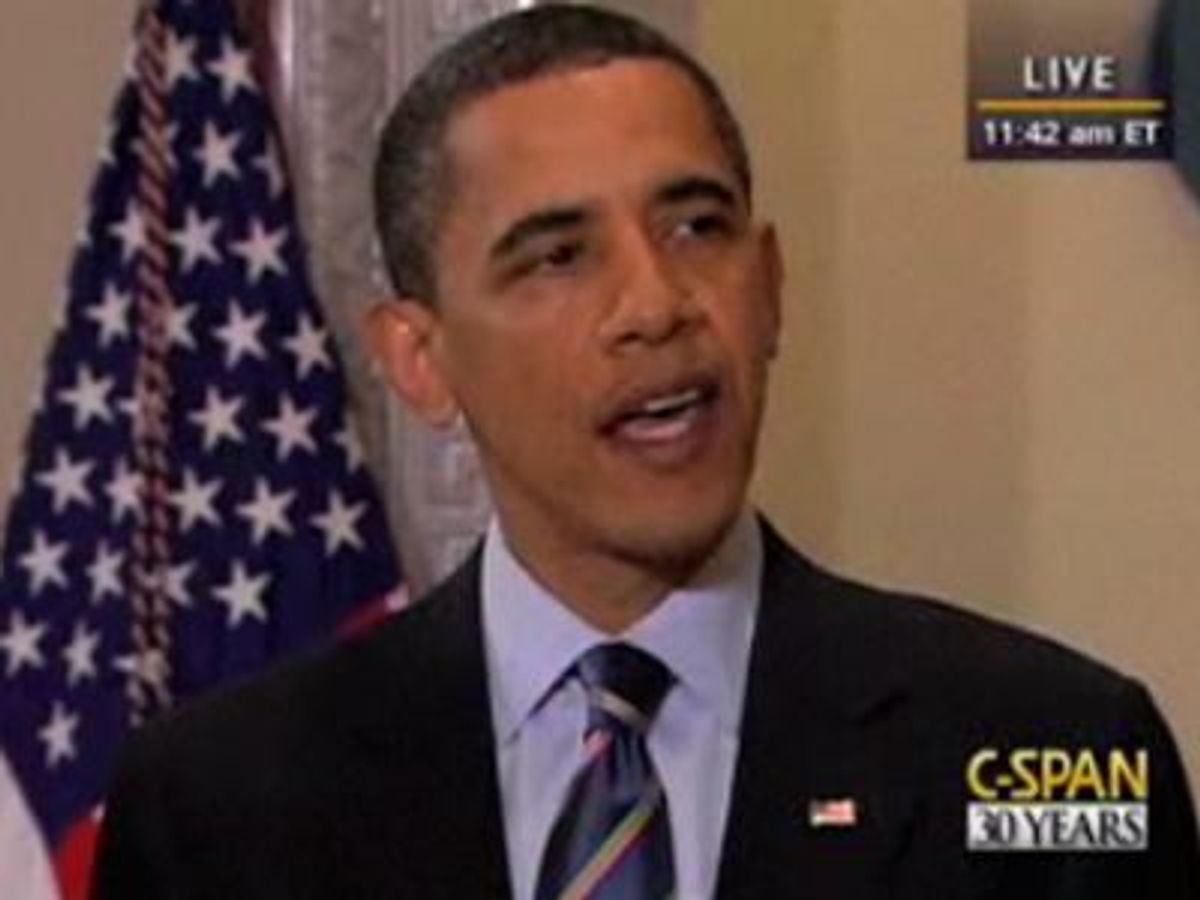 Currently, he observed, workers in many states who want to take advantage of job training programs or federal financial assistance for education have to give up their unemployment benefits. Obama called this a "senseless" rule and vowed to change it. From now on, newly unemployed workers should be able to keep their benefits, and be able to get such help as that offered by Pell grants.

The initiative fit neatly into Obama's consistent emphasis on improving education. "Someone who doesn't have a college degree is more than twice as likely to be unemployed," he said, calling for every American to commit to at least one year of higher education after high school. "Education," the president said, "is the single best bet we can make, not just for individuals but for the nation."

Obama attempted to put a mildly positive spin on the new unemployment numbers, calling the fact that April registered the lowest monthly loss in six months "somewhat encouraging but still a sobering toll." He suggested that "the gears of our economic engine appear to be slowly turning again," and that "step by step we are beginning to make progress."

He also announced a snazzy looking new Web site, Opportunity.gov, that aims to connect unemployed workers with the resources they need to get ahead. "Applying for financial aid and finding education and training are not difficult," enthuses the Web site, along with a big "Get Started" button.

How much of an impact will the new changes make in the short term? Certainly not enough to make more than a small incremental improvement in the labor situation. But Obama is selling this first step as just a prelude to a fundamental rethinking and reorganization of how the government approaches job training and education for newly unemployed workers, and he argued on the campaign trail and during the runup to passing the stimulus bill for a greatly expanded Pell Grant program. If he follows through on his proposals and promises, he stands a chance of helping Americans deal with the competitive challenges posed by globalization, technological progress, and an economic contraction. Not a bad day of work.