Gary Hustwit's documentary isn't just about industrial design. It's about the way everyday objects can take on powerful meaning. 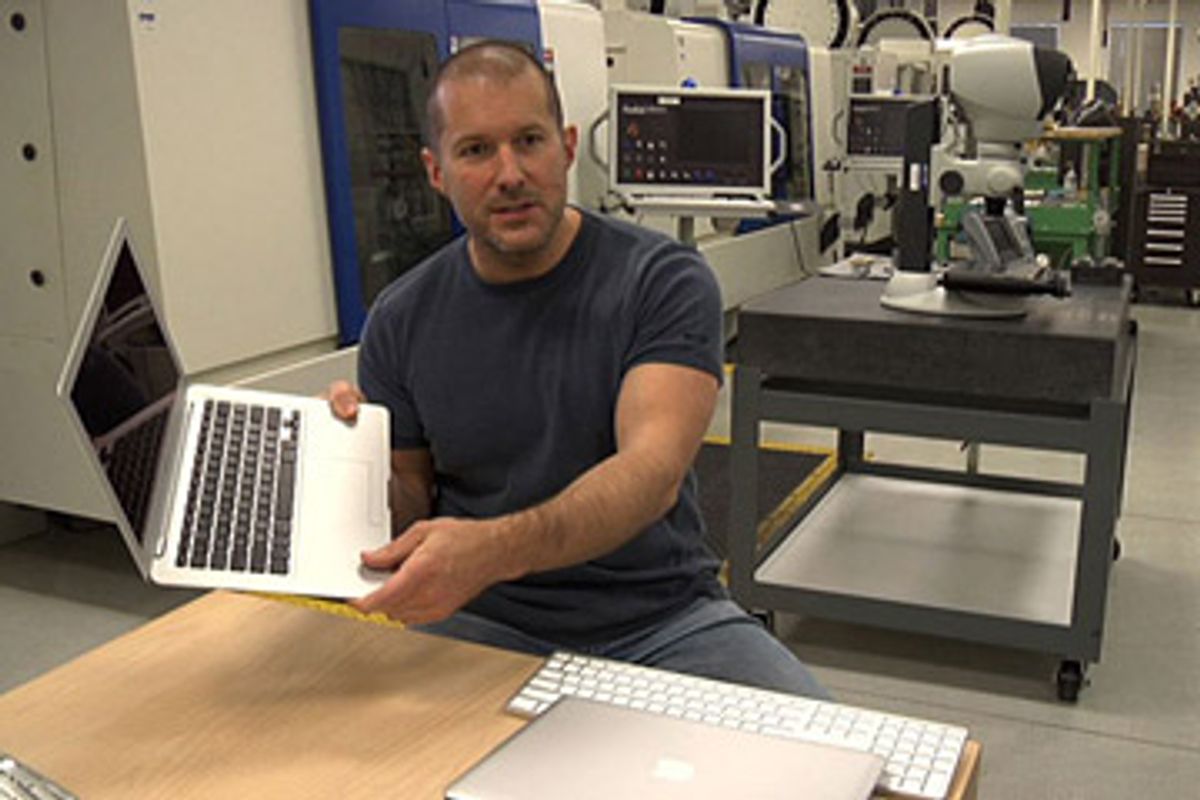 Thinking too hard about the power, mystery and beauty of everyday things can give you a headache. That headache can blossom into a migraine if you consider that everything around you was, at some point, designed by someone, badly or well or possibly just indifferently. But Gary Hustwit's documentary "Objectified" -- which is ostensibly about industrial design, although its real subject is the way the objects around us can come to mean something in our lives -- is so straightforward, sensible and thought-provoking that it alleviates that design noise instead of adding to it.

"Objectified" explores our relationship with stuff, which is sometimes joyous and sometimes conflicted, by going directly to the source: the people who design that stuff. Many of the movie's subjects are well known in the design world -- they include Dieter Rams, formerly one of the chief designers for Braun, and Jonathan Ive, of Apple. Those people may not exactly be household names among us mere mortals. But as "Objectified" makes clear, they've made their presence, if not their names, known in our households, and hearing them talk about what they do puts everyday objects into fresh perspective. Rams, who may very well have had a hand in designing the coffee maker or clock you use every day, lists the precepts of good design succinctly and matter-of-factly before getting to the fabulously sensible kicker: "Good design should be as little design as possible." Ive explains how an indicator light located on the front of a laptop should be completely invisible until whatever it's supposed to indicate actually happens. Until that light glows, you don't even want to know it's there; its invisibility is, to Ive, a thing of beauty. He belabors the point until he realizes he's entered the realm of obsession -- and then he laughs about that, just a little. But the essence of his initial argument remains: Why do we need to see a light we don't need, until we need it?

Designers think about those things so we don't have to. "Objectified," in turn, makes it fun to think about them. Hustwit previously directed the 2007 documentary "Helvetica," a biography not of a person but of a typeface. In the interest of full disclosure, I must note that he's a former Salon associate, and a friend of mine. But I can still say that the clarity of his approach, and the unabashed frankness of his curiosity, are just the qualities you want in a documentary filmmaker. Hustwit has clearly asked these designers the kind of straightforward questions that elicit thoughtful, if sometimes complicated, answers. The movie is particularly honest in the way it deals with the fact that cool stuff makes us want it -- and designers are always coming up with ways to make newer cool stuff, only speeding up the cycle of consumption. All respectable designers have to be thinking about sustainability, and they know it. Even kooky design superstar Karim Rashid -- who appears in the movie wearing mod pink sunglasses and white nail polish -- asks why everything has to be built to last forever, positing that his laptop should be made of "sugarcane," or at least something that will degrade easily after he's outgrown it. Others talk about the pleasure of designing things that will only get better with use, along the lines of the leather briefcase that IDEO founder David Kelley inherited from his father and uses every day.

"Objectified" helps takes design out of the conceptual realm and into the practical world. One of its best moments is an interview with Parisian designers Ronan and Erwan Bouroullec, who speak with great eloquence and sophistication (in French, no less) about design and then start fluttering around a certain chair, pointing out its attributes. They look at it this way and that, pointing out the curve of its arm and the shape of its back. Then they come around to what may be its finest attribute, its sturdiness: "So Australians who have drunk a lot of beer can plunk themselves down in it." The language of design, at its best, is just that plainspoken.