The president reportedly told his legal team to reverse an earlier decision on the grounds that the pictures would endanger American troops. 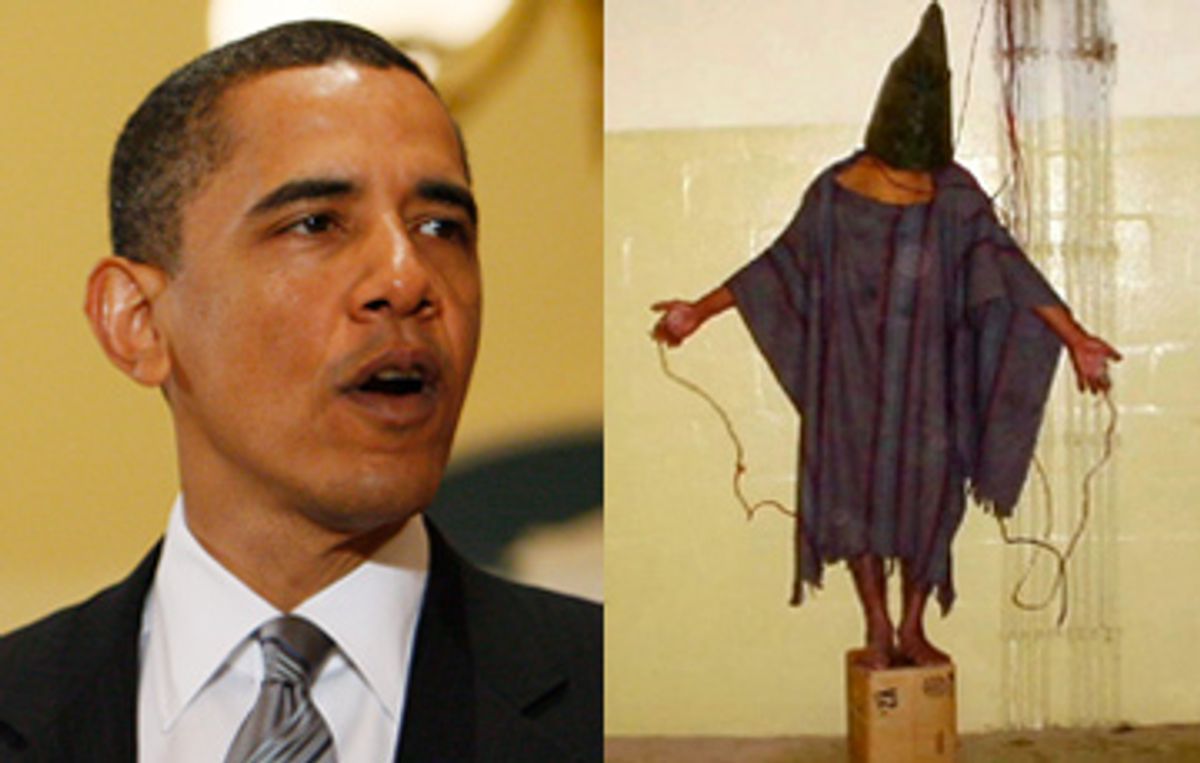 President Obama has reportedly decided to reverse an earlier decision to comply with a court order and release 44 photos of detainee abuse to the ACLU. The president met with his legal team last week and told them he'd reconsidered the earlier decision, which the Justice Department announced in April, in a letter to a judge overseeing a lawsuit filed by the civil rights organization over a Freedom of Information Act request.

Obama is reportedly concerned that the release of the pictures, which depict abuse that occurred in Iraq and Afghanistan under the Bush administration, would endanger American troops still deployed in those countries and elsewhere. An unnamed White House official told ABC News' Jake Tapper that the president "believes that the national security implications... have not been fully presented to the court" and directed White House Counsel Greg Craig to argue against the release on those grounds.

As I noted in an earlier post, White House Press Secretary Robert Gibbs appeared to suggest that this move was in the offing at his daily briefing on Tuesday, when he declined to comment on questions about the decision.