I bleed, it leads: My final news stories 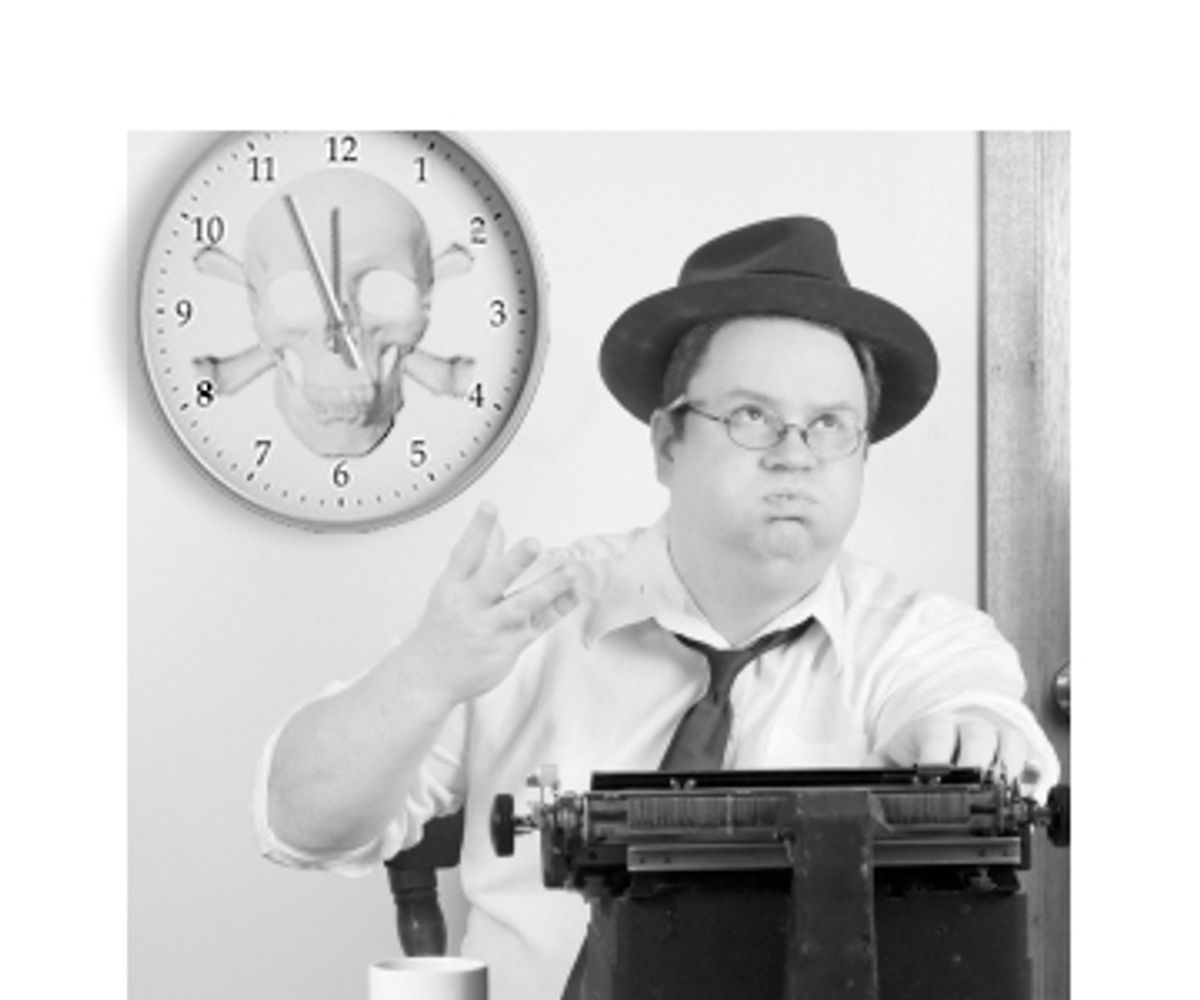 Third-grader Johnny Martin couldn't understand all the commotion Thursday, as a crowd of grown-ups gathered to open the brand-new wing at Branson Elementary School.

"I was hoping for no school," the 9-year-old said, climbing off the bus. "I wish we could just stay home."

Someday -- probably after he's given them the best years of his life -- the corporations will grant Johnny his wish.

Losing weight has never been easier, said Georgia Kravich, author of the best-seller "Counting Calories to a Slimmer You."  The former model, who appeared at Oakdale Mall Thursday, stressed the need to stay focused and not cave in to bedtime cravings.

Here's a tip she missed:

Lose your job! Without money to put food on the table, you'll shed pounds fast.

The 90-degree heat didn't bother Ed Farley Thursday, as the white-haired groundskeeper clipped the grass at St. Mary's Cemetery for the last time.

Farley, 84, is retiring from the parish staff after 63 years.

"We've been blessed to have Edward," Father Eugene Burke said. "Everyone knows that we won't get another like him."

Indeed, rather than a fourth-grade education, Farley's replacement might have a master's degree in journalism.

Lucy Carter has had it with the naysayers.

She's right on both fronts.

"Hold onto your dreams," actress Martha Koop told the Utica Middle School Class of 2009 Thursday in ceremonies at Scanlon Park. "If you believe in yourself, nothing can stand in your way! Stay true to your goals, and you can do anything! The future is yours! "

That she actually said this with a straight face testifies to Koop's remarkable talent as an actress.

For companies to survive the slowdown, they must get lean and mean, an area business leader said Thursday.

"Every bottom line must be studied, and every employee must be evaluated," said Dr. Kenton L. Pinkney, executive director of the Susquehanna Valley Regional Development Council. "In these times, we all must simply do more with less."

Pinkney declined further comment, after being knocked unconscious by a fist to the chin.

"This is when baseball is fun," said Jones, whose Wildcats beat Bayberry Thursday to advance to the Section 4 quarterfinals. "Win, we advance. Lose, and there is no tomorrow."

Actually, either way, there is no tomorrow.

Rep. Ernie Crenshaw has harsh words for the big spenders of Washington. "We need to reduce the deficit and put people back to work," said the 68-year-old ridiculously stupid gasbag Thursday.

"Blahblahblah" (Note to Ed: Will send more live quotes as soon as the old perv sobers up. On second thought, write the story yourself!)