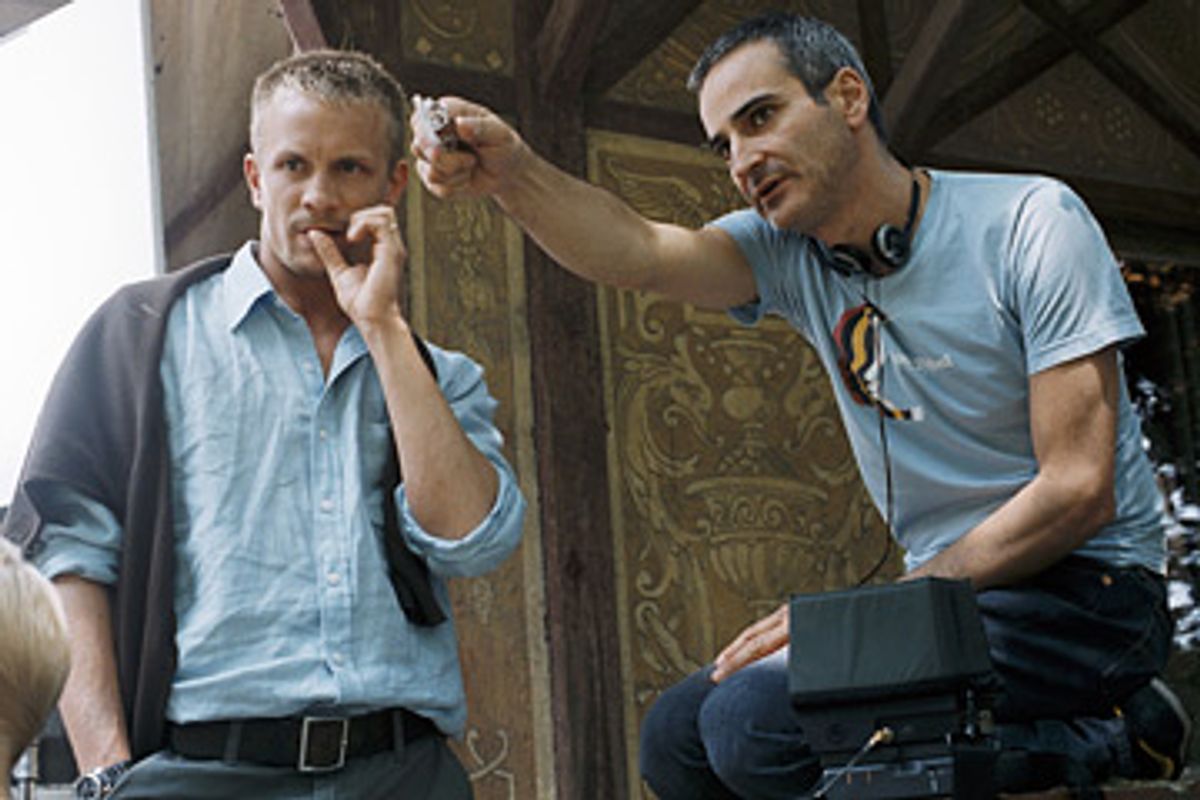 Olivier Assayas is the great chameleon of contemporary French filmmaking: One minute, he's serving up a jagged meditation on capitalism, technology and pornography in "demonlover" (2003); the next, he's exploring the precariousness and difficulty of change in "Clean" (2004), a delicate picture about a junkie and would-be rock star (played by Assayas' ex-wife, Maggie Cheung) who's trying to reconnect with her estranged son.

Assayas' latest picture is something else again: "Summer Hours" ("L'heure d'été") tells the story of three siblings, Adrienne (Juliette Binoche), Frédéric (Charles Berling) and Jérémie (Jérémie Renier) who are left to deal with the possessions -- and the secrets -- of their mother, Hélène, after she dies. (Hélène is played by Edith Scob, the regal-looking actress who, as a young woman, played the face-transplant recipient in Georges Franju's deeply unsettling "Eyes Without a Face.") For years Hélène had been devoted to preserving the legacy of her uncle, Paul Berthier, a famous painter, long dead; the children are uncertain -- as is Assayas -- of the exact nature of Hélène's relationship with Paul. And against that backdrop, Assayas -- who also wrote the movie's script -- explores the fragility and resilience of family relationships, as well as the power, sentimental and financial, that objects can hold over us.

In its style, "Summer Hours" is miles away from the shattered-glass narrative of "demonlover"; the film has a classical, cool-as-marble feel to it. But the feelings behind the picture are warm. I spoke with Assayas last fall, when he was in town for the U.S. premiere of "Summer Hours" at the New York Film Festival. Here, he talks about the way history can disappear with the death of a person, and about how the process of making a movie is one way of creating a temporary family.

You've said that this is your first real film about families, which seems to be true. But many of your earlier films are about makeshift families -- "Late August Early September" is about a group of somewhat indecisive friends in their 30s, people banding together to create an illusion on film. What is the connection between the families we're born into and the families that we make?

Obviously, I've always preferred families that you make. When you make movies, that's how you function. The disturbing fact is that when you're making a film, you create some kind of family, and that family disappears all of a sudden. Movies are like a utopia.

Also, for some of the reasons I'm trying to describe in this film, the familial bond is less precious, less necessary, to people nowadays. Maybe because we are very selfish. People's connection to their family comes with its upside and downside, and we don't want the downside. So because we are losing the connection to the family structure, we still need to have some kind of collective bond, and we try to re-create it. Movies are one of the places where you can do that. You can constantly reinvent families -- the same way when you are a fiction writer, you reinvent yourself, your family, your world, whatever. You can invent a different world for yourself.

I suppose it's one of the reasons I've been making films. I started by painting, drawing, graphic design. And I just felt so horribly lonely. I realized at a certain stage I just could not stand the loneliness of -- I was about to say "my studio," but really it was just my room. Just locked in there, drawing, drawing, drawing, painting, painting. And it just disconnects you from the world. I understood that for me, filmmaking was a necessity, just to survive.

How did you discover that?

I understood that on the set of my first short film. All of a sudden there was this notion of doing something collective, that connects you with other people. And there's some kind of shared faith in what you're doing, something that's just so uncommon in everyday life, in everyday jobs. And when you make movies, not only is it a connective art form, but you are also addressing a very broad audience -- and I'm not saying "broad" meaning numerous, I mean it's socially broad. It connects with people from all layers of society. If you're in the art world, if you're a painter, you will address just a tiny, tiny layer of the society. It's frustrating. That's what got me making movies in the first place.

Also, families just are what they are. You don't have a lot of control over that. But when you're making a movie, although you can't control everything, you do have a degree of control. In "Summer Hours," Hélène's children are distressed to learn that she might have had a sexual relationship with her uncle [Paul]. We have no control over other people, and sometimes it's hard to know how to deal with that.

One of the central characters in the film is Paul Berthier, whom we never see. But there is something about him that just floats around, nonstop. The ghost of Paul Berthier is just there, constantly. And in that sense the film is not just about what happens when a person dies, when an artist dies, but when the last people who have known him die.

It's not just inheritance, the objects. It's this world that's all of a sudden crumbling. And Paul Berthier will be nothing more than one more painter in a museum. There will be books about him. He will be part of art history, but his life will have been erased. What I'm trying to say is that it's not something that can be simply transmitted. It's kept alive by Hélène because she had the special bond with him. Hélène is extremely conscious that she's been the keeper of the temple, but her children won't be. Because they can't be; [that legacy] has no sense for them, no meaning.

And there is another aspect of the familial relationship you're trying to get at here?

Ultimately, I have no idea if Hélène had a relationship with her uncle. And it's more about how the siblings each react in a different way to that notion. For instance, Adrienne is obsessed with the notion that, yes, there was a physical relationship between Hélène and Paul. You feel she's been talking about it in psychoanalysis or something! Jérémie basically does not care; if it happened, it's like, "Good for them!" And Frédéric is disturbed, because he doesn't really want to deal with it. Because if it happened, it happened maybe when she was living with their father. That's not how he wants to remember her.

What I am saying is that ultimately when someone disappears, that person disappears with history, with secrets. That's what history is about. You try to reconstruct what has been. But ultimately, the reference is lost, the facts are lost. Hélène is gone, the fact is gone. And people are left to guess.