Are the new fuel standards worth the cost? 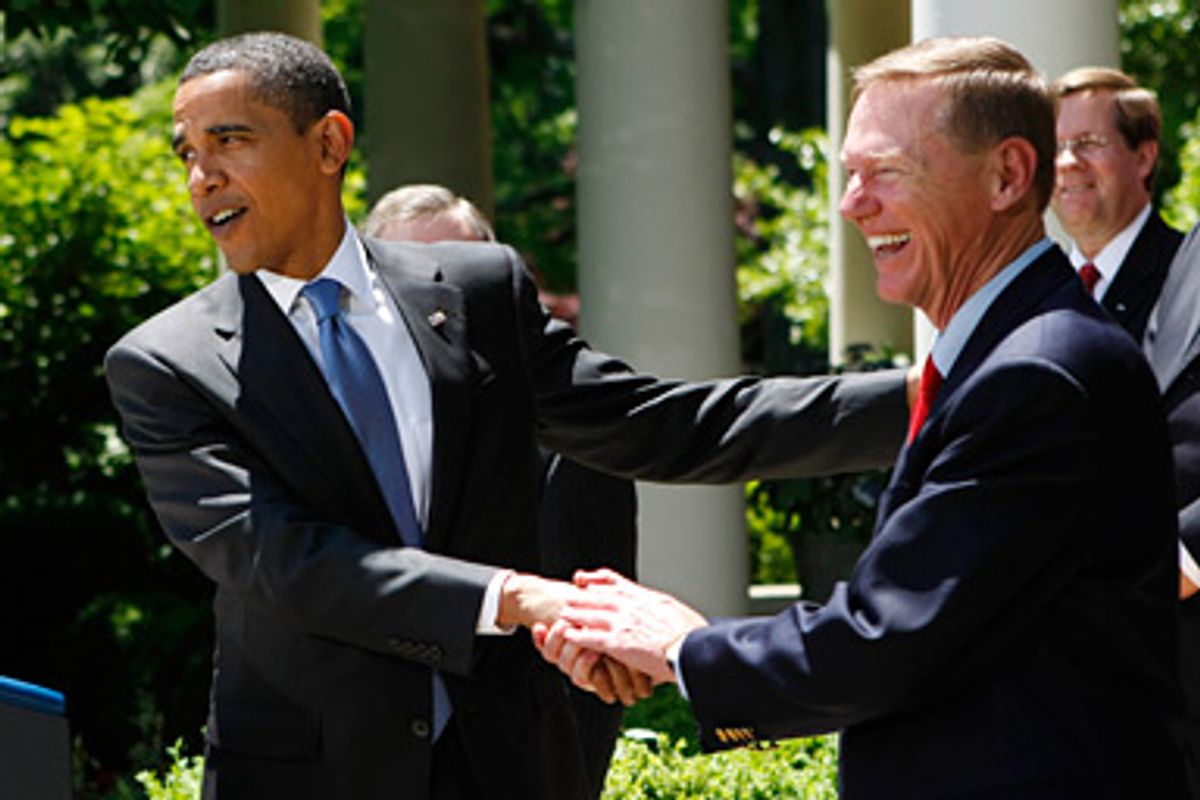 In an event at the White House Rose Garden Tuesday afternoon in which he was flanked by executives from Ford, Toyota, GM, BMW and other major car makers, President Obama officially announced new CAFE standards -- rules for fuel economy for automobiles on American roads.

"In the next five years, we're seeking to raise fuel-economy standards to an industry average of 35.5 miles per gallon in 2016, an increase of more than eight miles per gallon per vehicle," Obama said. "As a result, we will save 1.8 billion barrels of oil over the lifetime of the vehicles sold in the next five years. Just to give you a sense of magnitude, that's more oil than we imported last year from Saudi Arabia, Venezuela, Libya, and Nigeria combined. Here's another way of looking at it: This is the projected equivalent of taking 58 million cars off the road for an entire year."

The auto industry has signed on to the proposal -- they don't like the idea generally, but the imposition of a single national rule makes things much more predictable, and more cost-effective, for them than a patchwork system of regulation in which states set their own standards. But not everyone is so enthusiastic.

Conservatives are hitting the plan over the cost it will impose on consumers: The administration acknowledges that by the time the proposal is fully implemented, it will have led to a $1,300 increase in the average cost of a new vehicle. ($700 of that, the administration says, is due to standards that were already in place.)

"Nobody in the White House is going to call the president's 'mileage and pollution' plan what it is," blogger Michelle Malkin wrote. "It's a $1,300 car tax. On the working class. On the middle class." Quoting a senior administration official who, in a briefing for reporters Monday night, said that consumers would recoup that money at the pump, Malkin said, "Let's all deliver a collective snort in response to yet another self-delusional bureaucrat's promise that yet another massive government intervention will produce cost savings... All together now: SNORT."

Malkin and others, like Sen. Jim DeMint, R-S.C. and the National Review's Iain Murray, also discussed a potential human cost to the new standards.

"Government mandates on automakers raises (sic) the cost of owning and maintaining a car for American families and hurts our economy," DeMint said in a statement, continuing:

Second, smaller cars are more dangerous in high speed crashes and lead to more deaths on the road. And finally, many experts believe higher CAFE standards will not reduce vehicle emissions because it (sic) leads to increased driving and reliance on alternative fuels that produce new types of harmful pollutants.

All of this is being driven by politics and fear, not economics and certainly not science. The President's plan will make cars more expense (sic) and less safe while doing little to nothing to help the environment.

In a post at the Corner, a National Review group blog, Murray wrote, "[D]ownsizing of the American fleet has contributed to around 2,000 extra deaths on the road at current CAFE levels, because smaller cars are generally less crashworthy. The National Academy of Sciences confirmed this finding a few years back. Certainly, cars are becoming safer, but they would be safer still if they were allowed to be bigger and consumers given the choice between safety and fuel efficiency.,. [T]he new policy will lead to around 800 more needless deaths on the road each year. Blood for less oil, you could say."

That is true. In 2002, the NAS found that in 1993, CAFE standards had led to the death of somewhere between an additional 1,300 to 2,600 Americans in auto accidents. Obviously, no one wants that to happen, but the number does deserve some perspective: First, it's a relatively small portion of the total number of fatalities. Assuming Murray's calculation that the new policy will mean about 800 new deaths is correct, that's only a 2 percent increase over the 2008 total of 37,313. And there's an argument to be made that savings in fuel mean lives saved overall, because of the environmental effects and the policy implications of a decrease in U.S. dependence on oil from the Middle East.

The people citing the NAS' findings on deaths aren't noting some other data from the relevant study, however. Despite Malkin's "SNORT," the NAS' calculations seem to indicate that these standards actually would lead to an overall savings for consumers over the life of their vehicle. And those numbers are from a time when the NAS was assuming that the price of gas would be $1.50 per gallon. Now, the government's estimating that gas will cost $3.50 per gallon by 2016, when the proposal is fully implemented.