The way the media cover the ex-veep, you'd never know his torture views were rejected by his colleagues and party 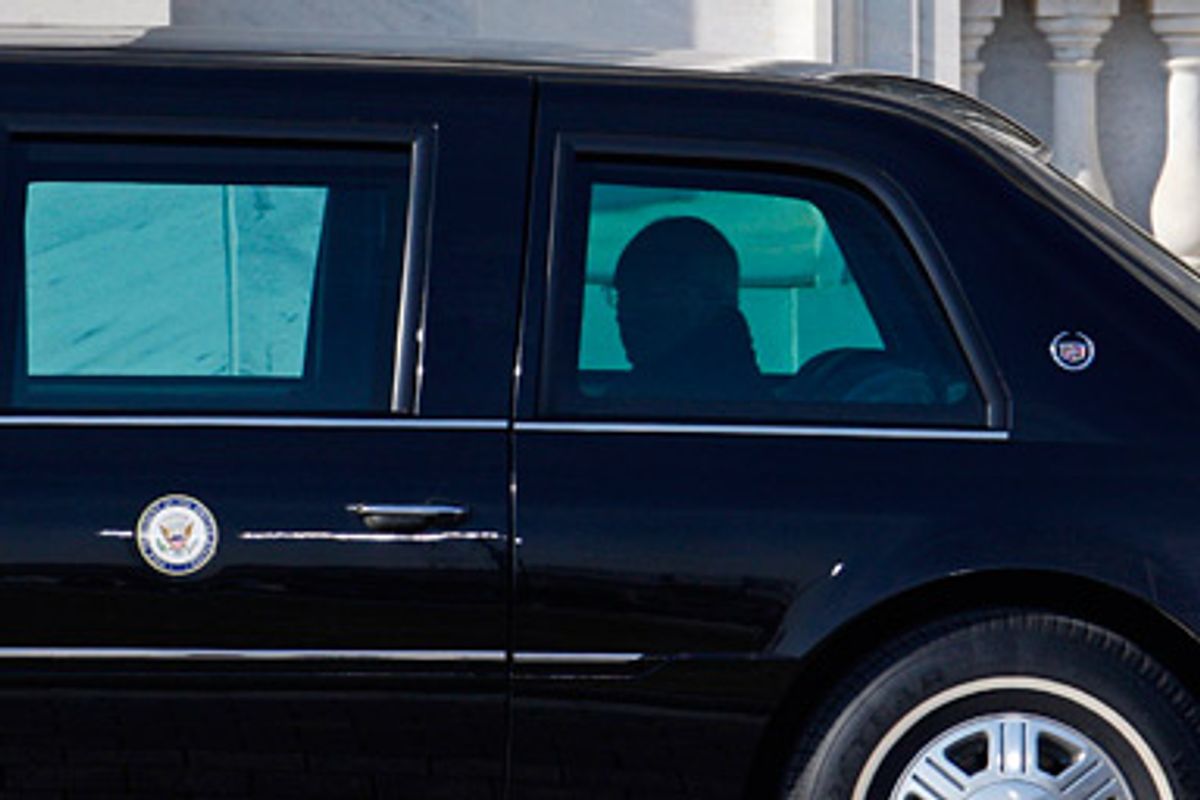 There he stood on Thursday morning, Wild Dick Cheney at the Neocon Corral (OK, it was the American Enterprise Institute), one lonely warrior at a lectern facing down the forces of surrender, a bit out of sorts because President Barack Obama’s speech ran long.

Coughing and wheezing and rushing through his remarks with the occasional trademark sneer, Cheney looked more fragile than scary, and I was suddenly reminded of something few commentators bothered to mention all day long: Cheney isn’t fighting only the Obama administration on the issues of torture and detention; he’s re-fighting a battle he first won, then lost, inside the Bush administration.

Yes, they broke the law, yes, they tortured, but eventually they pulled back, and in recent weeks a parade of former Bush administration officials, from Richard Armitage to Philip Zelikow to even loyal Bushie Karen Hughes, have either hinted or said outright that they opposed the Cheney-Rumsfeld approach. At some point the “enhanced interrogation tactics” were dialed back and some prisoners were transferred out of black sites, though illegal detention policies continued.

So Cheney is re-fighting a debate he lost within his own administration, and within his party, too. On MSNBC today Chuck Todd suggested that this was the debate over national security the nation didn’t have in 2008, but would have had, if Cheney had run for president. If only Democrats had been so blessed! A Cheney-Obama contest would have turned out even more lopsided for the GOP than McCain-Obama did.

But that point of view ignores another inconvenient truth: We did have a debate over torture and national security, during the Republican primary, in which most of the leading candidates seemed to be trying out for “Who Wants to Be a Waterboarder?” But the guy who won, McCain, was vehemently against torture. Republicans had the chance to embrace a Cheney approach to terror by nominating Rudy or Mitt or Fred, but they passed.

So why is the media giving the disgruntled and (in my view) disgraced vice president so much attention, without calling out at every turn how extreme and marginal his views really are? Why were today’s back-to-back Obama-Cheney speeches treated like a political campaign event, with two men vying for the nation’s support, when one of them won it decisively in November and the other was sent off to face the judgment of history (and maybe a special prosecutor)?

Of course I can answer my own question: It was good television. Journalism of all sorts, but especially TV, thrives on debate, even if ginned up. And this isn’t quite ginned up: The spectacle of a just-departed vice president immediately savaging the succeeding administration is unprecedented, and it deserves coverage. But the faux-balanced, “he said, she said” approach to the Cheney-Obama debate is serving the country poorly.

We’ve learned in recent weeks that there’s evidence Cheney and Rumsfeld were prescribing torture to find links between al-Qaida and Saddam Hussein as well as evidence of WMD, to justify their war of choice with Iraq. We’ve had remarkable hearings in which administration veterans like Zelikow and former FBI interrogator Ali Soufan testified that torture didn’t work and that the country has better ways of obtaining information from terror suspects. Zach Roth at TPM broke down all the Cheney misinformation in today’s speech, but the debate is still being framed as if there’s real doubt over who’s right.

Not surprisingly, in my view Obama won today’s non-debate with a calm, passionate defense of our values. He seemed close to anger as he blasted the “fear-mongering” of Cheney and friends, but he also slapped back at spine-free Democrats like Senate Majority Leader Harry Reid, who stupidly described Obama’s Guantánamo plan as “releasing” terrorists in the United States, and senators who refused to release the money he sought to close the prison until he addresses their NIMBY fears. Obama reminded them that “nobody has ever escaped from one of our federal 'supermax' prisons, which hold hundreds of convicted terrorists.” But he also noted the reason for their fear: that Republicans stand ready to denounce anyone who votes to release the funds with “30-second ads” that play on fear.

Obama’s speech was such a clear statement of how we can, and must, reconcile national security with our values that it almost feels like nit-picking to seize on what disappointed me: his defense of indefinite preventive detention of terror suspects who haven’t been, and can’t be, charged with any crime, but who are still deemed dangerous. Glenn Greenwald and Digby have laid out the problems with Obama’s approach as well as anyone; I can’t be fully reassured by his promise to regularly review such detentions with the courts and Congress.

I was also a little worried by his opposition to any kind of independent commission to investigate torture and by his claim that we shouldn’t “relitigate” the last eight years – we haven’t litigated it, let alone relitigated it. But I was somewhat reassured by his statement that Congress and the Justice Department have the tools to get to the bottom of what happened. That’s certainly true (and let’s hope the stories about Wednesday's meeting with human rights advocates turn out to be wrong, and that Obama did not shut down the notion that Attorney General Eric Holder should pursue questions about illegal torture.)

Still, the desperate fear-mongering of Cheney, combined with the disturbing faux-balance of the media’s coverage of Cheney’s claims, makes me realize what Obama is up against as he tries to undo eight years of lawlessness. I will remain a critic, from the civil liberties side, when Obama moves too slowly on that front, but I have to recognize what a huge step forward his speech today represented – which Cheney’s sneering speech only underscored.