"Forget about ordering sushi for lunch"

A trickle-down disaster or a return to sanity? The collapse of conspicuous consumption in New York 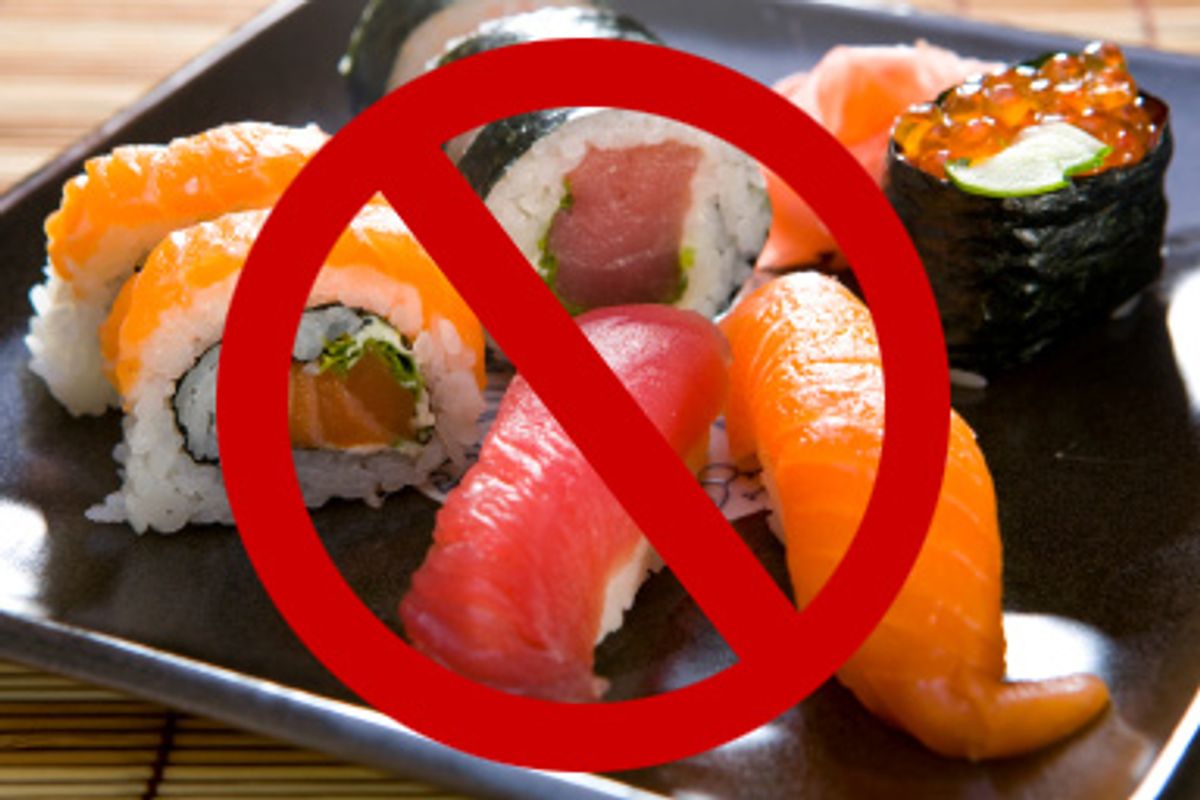 Today, Bloomberg's Peter Robison brings us yet another installment in the ever-popular series, "Sad Tales of the Downsized Wall Street Banker." The narrative hook, this time, however, is not the pathos of the newly unwealthy, but the negative "trickle-down" effects of so much conspicuous consumption vanishing from the streets of New York. The delis, the hair salons, the steak houses -- everybody hurts when Wall Street stumbles.

"I used to take $300 for the week -- that was walking-around money," [Peter Stavropoulos] said. "Now I take $100 for the week. Forget about ordering sushi for lunch."

Stavropoulos remembers accompanying 16 people in mid-2007 to Morimoto, the West Village sushi restaurant of Masaharu Morimoto, from the "Iron Chef" television program. The group spent more than $3,200, he said, then headed to the Buddha Bar, where patrons rubbed shoulders in a high-ceilinged space resembling an Asian temple.

Many nights, financial types crowded tables where "bottle service" starts at $250 for a Veuve Clicquot Brut Rose 2000 champagne, said Jessica Rosa, a waitress at the time.

Stavropoulous' tale reminded me of a night ten years ago, when I attended a dinner for dot-com startup CTOs held in a private room at San Francisco's Farallon Restaurant.

A few leading questions about where Internet technology might be headed would no doubt have sparked some stimulating predictions. But this train of talk never left the tracks. Instead, plenty of business cards were exchanged, and jokes about venture capitalists were made while bottles of merlot and plates of oysters, quail and salmon were consumed. Conspicuous consumption indeed -- and why not? It's the golden age of the Internet economy -- might as well eat and drink up while searching for that next software solution.

What I did not write at the time, although I have certainly thought about it many times since, was the obvious unsustainability of such feasting. That dinner was dot-com bubble froth, nothing more or less. When the bubble popped, the Bay Area economy took a hit, and it suddenly became much easier to get a table at a good restaurant or find an affordable apartment to rent, but that was a return to normality and not a fall from grace.

Bloomberg's Robison takes an awfully long time to make the same point, but does get there near the end:

The pullback may prove worthwhile in the long run, by directing the economy to more productive areas, said the University of Virginia's Reshef.

Wall Street compensation may have been as much as 50 percent too high from 1995 to 2006, according to his December 2008 survey with NYU's Philippon of the U.S. finance industry over the past century. The other period of excess pay was around 1930, the year after the stock market crashed.

"What happened here is a misallocation of capital on a gigantic scale," Reshef said.

And it will no doubt happen again, barring the unlikely prospect that Treasury Secretary Tim Geithner's call for "very, very substantial change" in Wall Street compensation practices has teeth.

How The World Works Wall Street