Must Read: "How to Sell"

Diamonds are a boy's best friend in this crackling novel of scams, sex and druggy escapades in the jewel trade. 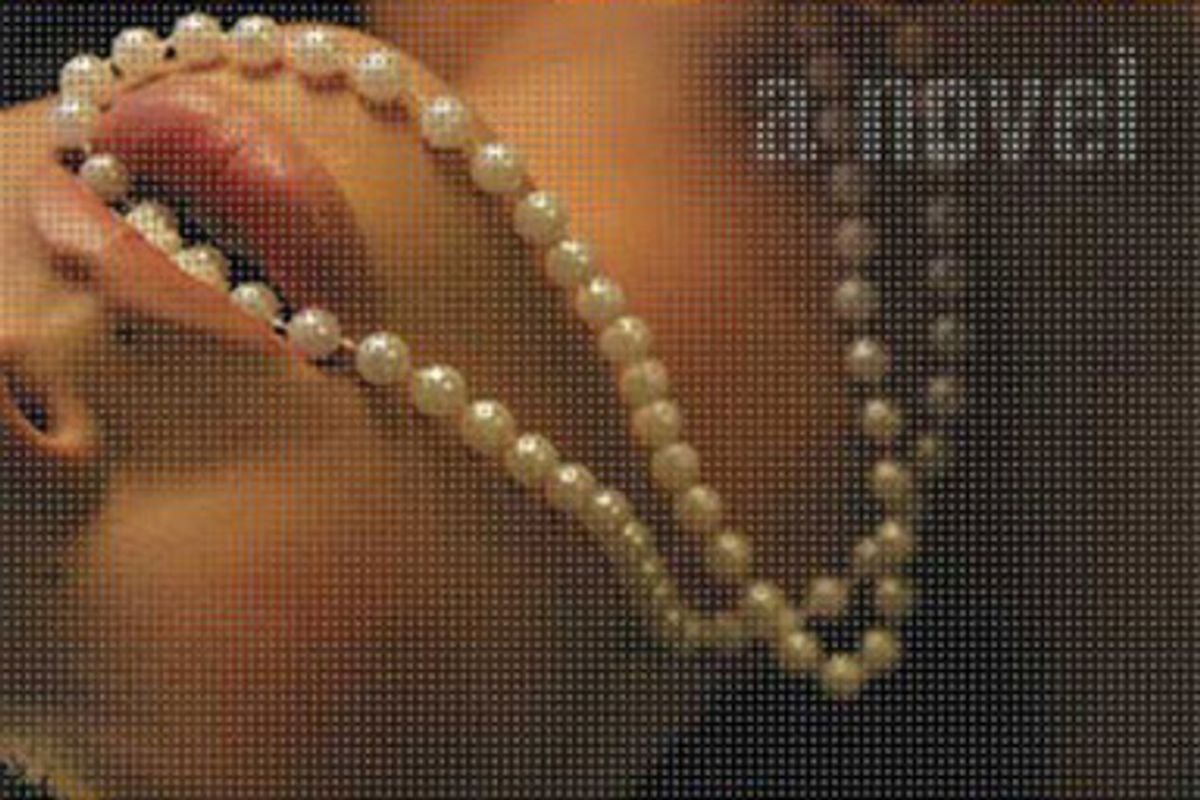 Clancy Martin's crackling debut novel, "How to Sell," is the story of Bobby Clark, a 16-year-old Canadian who bails on high school to work at a jewelry store in Texas with his older brother, Jim. The Fort Worth Deluxe Diamond Exchange (and the retail jewelry trade in general, at least as depicted in "How to Sell") turns out to be extravagantly crooked, awash in bogus Rolexes, fake precious metal shares and kited watch orders. No sooner is Bobby off the plane from Calgary than Jim is feeding him bumps of coke out of a vial in the back of a Cadillac limo and inviting the boy to sleep with his head in his mistress' lap.

So, a tale of corruption -- except for the fact that Bobby starts out pretty bent to begin with; the first thing he tells us about himself is that he pawned his mother's wedding ring because his girlfriend was thinking of leaving him and "I knew I could buy her back." When Bobby gets kicked out of high school for stealing a case full of class rings he's flabbergasted because the rings "aren't even worth anything ... You cannot expel me because of some fake rings." The boy can hardly be called an innocent before Jim persuades him to move south with promises of Texan girls who "are all over Canadian guys. They love the foreign accent."

Most of "How to Sell" is a bravura catalog of the scams and rackets that make up the luxury jewelry trade as the Clarks practice it, leavened by the occasional dash of fisticuffs or gunplay. (Martin, who ran a jewelry store with his brother before leaving the business to become a philosophy professor and writer, has admitted that the novel is significantly autobiographical.) Some attention is paid to the toll that systemic dishonesty takes on those who marinate in it, but soon enough we're back to Russian mobsters and topless bars. "How to Sell" is like a James Ellroy novel for people (like Bobby, improbably enough) who read Spinoza's "Ethics."

In chiseled but never gratuitously terse prose, Martin dishes the inside dope on how marks -- um, make that customers -- can be artfully separated from their cash with a minimal outlay on the part of the jewelry dealer. We learn the importance of inflating appraisals for the discerning customer who wants to be "protected from the insurance industry if his wife's new diamond studs are lost or stolen." The finer points of pilfering from the cash drawer. How to change the date on a coin and then "age" it by blowing cigar smoke over it in a paper bag. The profit to be skimmed from sweeping up the gold shavings from the repair benches. The wiles jewelers use to cultivate "crows," regular customers who are given good deals on their first couple of purchases and then rooked ever after. Also, "How to Sell" features lashings of gem-trade lingo: "It was an 18-karat yellow gold Rolex-style bracelet with found diamonds bezel-set on the small, outside links, and baguette-cut diamonds bar-set all the way up the center link."

These intoxicating nuggets are threaded on the haphazard catastrophe of the brothers' personal lives, the coke- and meth-fueled escapades, the series of disposable wives and girlfriends, the antics of their charming but schizophrenic father, who claims to be advised by a committee of "astral beings" and ends up sleeping in his car. Although Bobby finally manages to wed that elusive Canadian girlfriend, his marriage is a disaster, and even his spaniel-like devotion to Jim begins to falter when he becomes obsessed with an ex-co-worker turned call girl who may or may not be sleeping with his brother. The call girl explains that she prefers her new profession to the jewelry trade because now "I sleep well at night."

The great problem Bobby faces as he tries to sort out his feelings for this woman are indeed rooted in his work. Not only is it his job to deceive people, but he sees daily evidence that the worth of something amounts to little more than what someone else can be persuaded to pay for it. "Outside of religion," his first boss and mentor explains to him, "you simply won't find a dadblamed thing that will stand up to the scrutiny of intrinsic value. Least of all the truth." Or, as Jim puts it, "They have the free market down here."

The stakes would feel higher if Bobby had started out with an inner compass, but his capacity for self-deceit seems well in place before he arrives in Texas. Apart from a few glimmers of conscience, he doesn't often exhibit much of a soul to be saved. Although a novel suffers when its protagonist has no idea what he wants, Bobby's dilemma strikes me as common enough. His is the confusion of a young man launched into the dead-heat competition of American enterprise, perhaps even equipped with some aptitude for "success," but at heart entirely unsure as to what, exactly, the prize is meant to be.