The terrible timing of anti-Prop 8 activists

A powerful new ad about Prop 8 sums up the campaign by same-sex marriage advocates: A day late, a dollar short 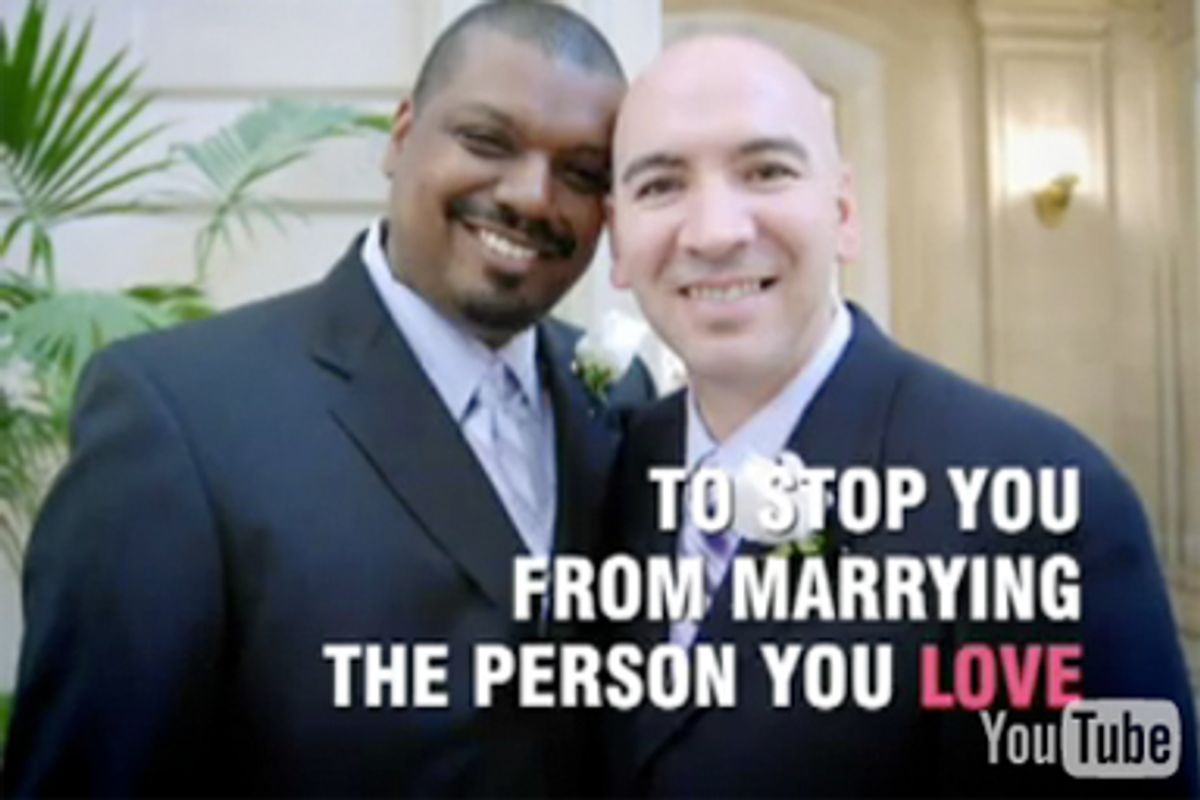 Over at Broadsheet, my colleague Tracy Clark-Flory has posted a new ad, released in the immediate wake of the California Supreme Court's decision to uphold Proposition 8. (Video below.) The spot calls for the repeal of the proposition and the return of same-sex marriage to the state, and uses images of a variety of couples to do so. It's powerful, it's emotional, it's beautiful and it's sad. Also, it's completely ineffective -- useless, even.

Why? Well, because it's about seven months late.

Like so much of the anti-Prop 8 campaign, the ad is simply a sad reminder of what could have been. In a state that has been at the forefront of LGBT rights, with polls initially in their favor and with thousands married happily and peacefully before the vote, advocates of same-sex marriage managed to snatch defeat from the jaws of victory at the polls last November. They rested on their laurels while Prop 8's proponents worked tirelessly for their cause. Only after the proposition passed did they truly get energized -- and by then, it was far too late. They could pressure the state Supreme Court all they wanted, but there was little the justices could do, even though they're obviously sympathetic to same-sex marriage generally.

This is a wonderful ad, a truly persuasive spot that could have had a real impact on the Prop 8 vote. So why wasn't it on the airwaves in October?