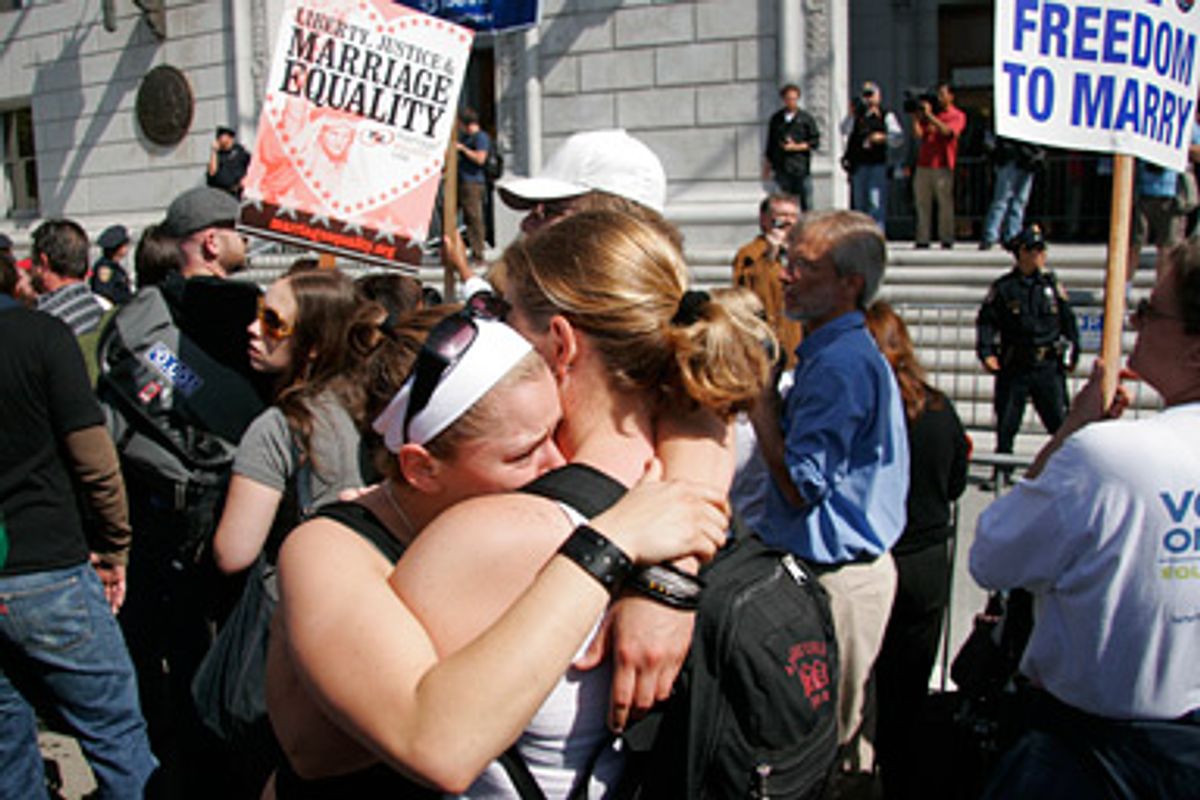 Breaking news announced just now: The California Supreme Court has voted to uphold Proposition 8, the controversial amendment to the state's constitution that overturned a previous ruling by the court that had essentially given same-sex couples the right to marry in California.

Details are just coming in, and the court's Web site, where the opinion has been posted, is overwhelmed by traffic from all the people interested in the outcome of the case. Salon will have more on the story as it develops, both here and elsewhere on the site.

Update: We've made the opinion, which is packaged with a concurrence and a dissent and clocks in at a whopping 185 pages, available for download in PDF form here. The court voted 6-1 in favor of Proposition 8.

While the ruling means there won't be any new same-sex marriages in California for the foreseeable future, the court did leave intact the 18,000 marriages that were performed before the vote on the proposition.