California used to be a sanctuary for homosexual immigrants worldwide. Now they might go to South Africa, or Maine. 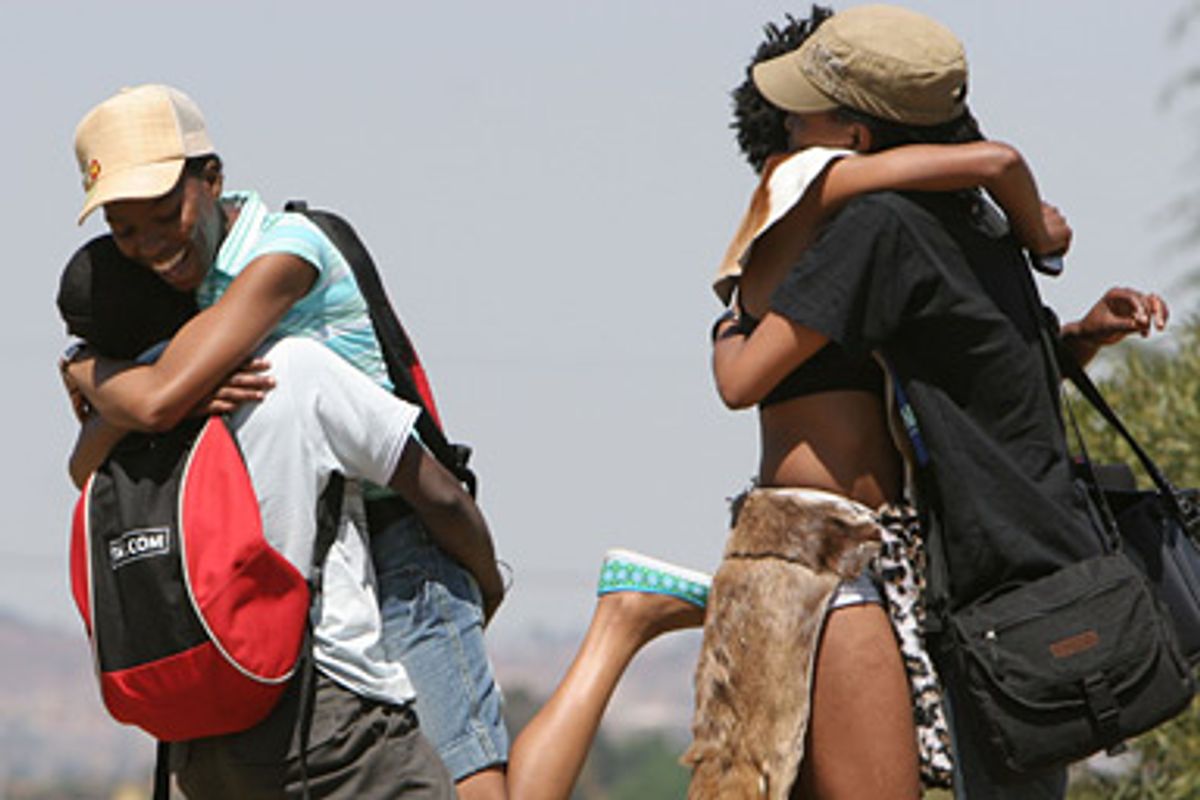 When I first moved to San Francisco from India, my aunt said, "Be careful, it's full of homosexuals. And it has earthquakes."

I didn't tell her that I wanted to feel the earth move. I had watched "The Times of Harvey Milk" on video and knew that this was where you came to be gay, from places where you didn't dare to say its name.

California drew not just the lonely teenagers from Idaho and Missouri on Greyhound buses. It also drew immigrants like me from all over the world seeking to put an ocean or two between them and their parents and clans trying to arrange their marriages. This was where software companies gave us domestic partner rights and the mayor marched in pride parades. This was where the world looked to see if change had come to America. And where we came for sanctuary.

But now the center of gravity is shifting. In the wake of the court decision on the legality of Proposition 8 (as opposed to its righteousness) there will be protests and candlelight marches and angry rhetoric. Already I am getting the faxes and e-mails. But perhaps it could also be a time for those of us who have been used to the world looking at us, to look out at the world instead. The pot of gold is shifting to the other end of the rainbow.

In India, Bollywood actor and model Celina Jaitley has a blog on the Times of India Web site calling for equal rights for gays. In Durban, South Africa, Joe Singh and his partner, Wesley Nolan, married each other. A Hindu priest officiated. Nolan put a Lord Ganesha pendant around Singh's neck to remove obstacles and ward off evils.

In a few years some young activist in South Asia might be mystified why the world's first group for LGBT South Asians was born all the way out in California. "Don't move to Kathmandu," his aunt will say. "It has Maoists and gays."

It's true. A small conservative country like Nepal is considering same-sex marriage. A few years ago the Maoists had dismissed the notion of homosexuality as a bourgeois affectation, irrelevant in the revolution. In 2008 the Maoist prime minister sent Sunil Pant, founder of Nepal's only gay rights group and by now its first openly gay member of parliament, to New York to sign the U.N. resolution calling for a worldwide decriminalization of homosexuality. (The U.S. declined to vote on that resolution at that time.)

How did that happen? Pant said when the fight for the movement for democracy took to the streets his group was right there in the trenches. "In 2006 democracy was more important than fighting for LGBTQ rights. We don't have to hide ourselves in some kind of shadow," he said. "But we needed to show how our movement would benefit overall democracy."

In California right now the economy might be more important than LGBT rights. Gay activists would do well to read Pant's handbook. There are a lot of bruising fights shaping up over budget cuts that will affect healthcare, education, social services -- all issues that will hit communities of color the hardest. These are the same communities that the gay rights marriage campaign in California was accused of ignoring in the lead-up to Proposition 8. This could be a chance for a gay movement to become more inclusive, to turn a protest rally into a real movement.

When I was in Kathmandu earlier this month, the Maoist-led government had collapsed (though not over gay marriage). Red flag-waving Maoist supporters were parading down the streets of Kathmandu, chanting slogans. South Asia's newest democracy was in turmoil, struggling to find direction. I don't know whether gay rights and same-sex marriage will get lost in the chaos. But even if they do suffer a setback, the lessons of Nepal are quite clear.

"We needed to show how our movement would benefit overall democracy."

It's a good one for California's gay activists to heed. Otherwise California will no longer be the future. It will be the place tourists come to gawk at the most exclusive club of all -- the 18,000 same-sex couples whose marriages the court left standing -- as if they are some rare endangered animals in a sanctuary. And then they will heave a sigh of relief, shake their heads at the quaintness of it all and go back to their happily married gay lives in places like Iowa, Connecticut and Maine. And Nepal.