Anatomy of a bogus trend piece on today's wayward youth. 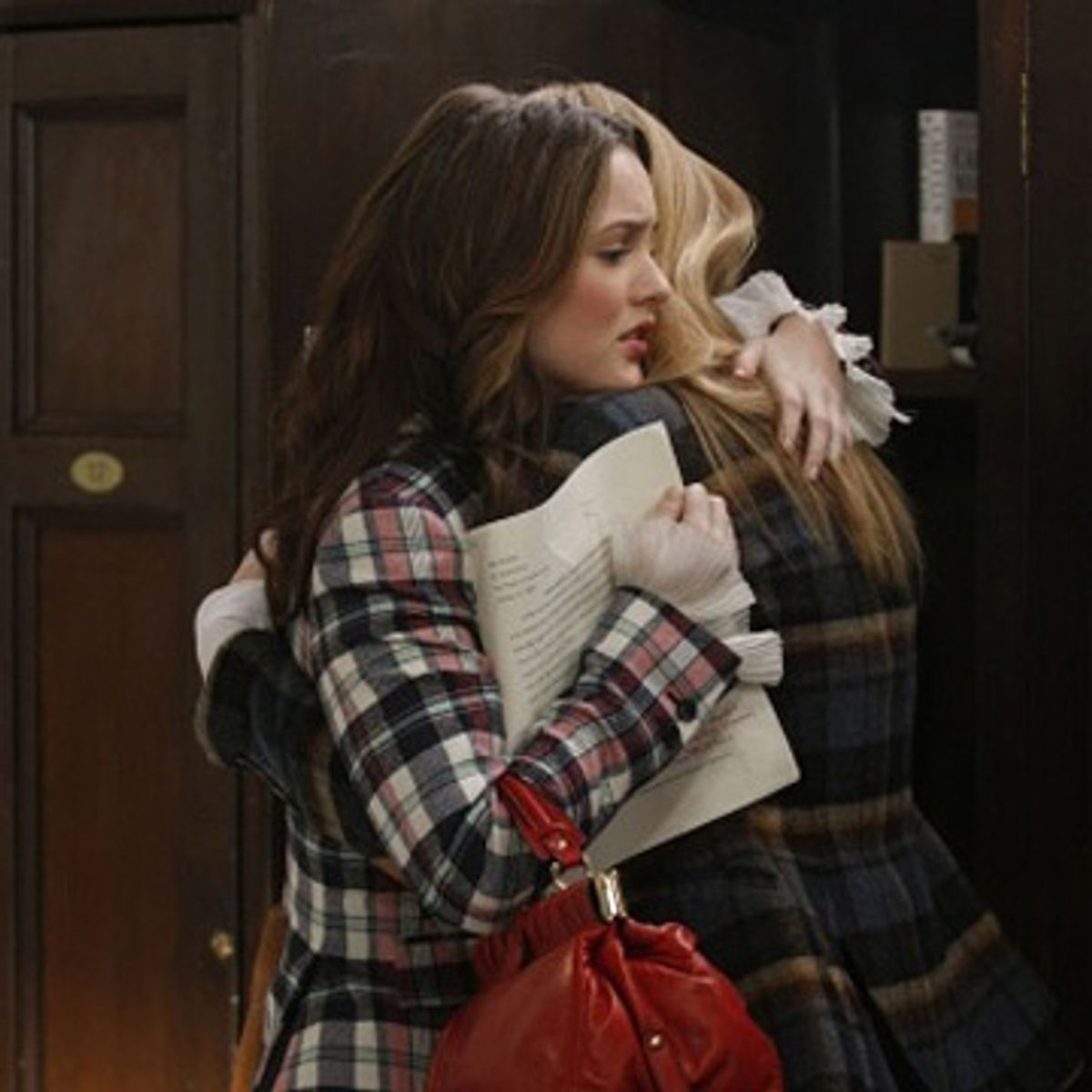 The next time you read a trend piece on some strange, shocking, aberrant ritual embraced by today’s youth like no generation ever before it, I would ask that you turn back and take a look at a feature in today’s New York Times Style section. Sarah Kershaw ventures deep into our nation's high schools to discover that those same teens who stay up all night ceaselessly texting (and sometimes "sexting") each other, also like to get cozy by hugging in the hallways. She explains this odd new ritual in her piece “For Teenagers, Hello Means How About a Hug?” (Thank god we’re not back in the late ‘90s when we were told that among teens, oral sex was the new handshake!) Feature writers, maligned teens and hysterical parents everywhere may find no better primer in how best to turn any trend, no matter how innocuous, into a commentary on our alien youth.

1) First, establish that the practice is embraced (ha!) with reckless abandon, even by people you’d never expect to sully themselves with such indiscrimate displays of affection, including -- OMG! -- male high school juniors. “We’re not afraid, we just get in and hug,” says Danny Schneider. “The guy friends, we don’t care. You just get in there and jump in.” Yes, that’s right, parents, everyone is doing it: “Girls embracing girls, girls embracing boys, boys embracing each other” -- your kids are, like, totally promiscuous huggers! What is to blame? Duh. Peer pressure. “A measure of how rapidly the ritual is spreading is that some students complain of peer pressure to hug to fit in.” Time to teach the kid what to do when a fellow student approaches with his or her arms spread out in an unusually wide gesture meant to connote warmth and affection.

2) Explain the crazy lingo. Kids today have “the basic friend hug,” “the shake and lean,” “the bear hug,” and the new-fangled “bear claw,” in which “a boy embraces a girl awkwardly with his elbows pointing out.” Heck, there’s even something called a “triple” when -- you guessed it -- three people hug all at once! (I’m sure it has nothing to do with that New Age-y group hug, cause these kids are totally different species from their parents). For a little cross-cultural context (which only serves to underscore the fact that in the rest of the article you mean “white kids at affluent high schools”), point out -- on the second page of your article -- that “African-American men and boys have been hugging as part of their greetings for decades.” Be sure to distinguish those kind of greetings with completely different terms gleaned from the mouths of urban youth to indicate the race of the hugger -- the “dap” and the “gangsta hug.” (Don’t mention the “fist bump.”)

3) Bring in the school authority figures to explain just how harmful and pernicious this new trend might be. Noreen Hajinlian, a junior high principal in New Jersey, explains that “touching and physical contact is very dangerous territory” and says her school was overrun by a plague of “needless hugging” -- until she cracked down and banned it two years ago. Other schools “wary in a litigious age about sexual harrassment or improper touching” -- and apparently unable to parse the difference between a hug and a slap on the ass -- have imposed “a three second rule.” No mention if administrators enforce the time limit by hovering over students’ shoulders while brandishing stopwatches. But if they did, it would just be part of the educational process and wouldn’t be intrusive at all.

4) Ask the experts. See if parenting author Beth J. Harpaz can parse the world of difference between the “handshake, the low-five and the high-five” of earlier generations and “the close physical contact of today.” Nod sagely when sociologists speculate if children who grew up with “organized play dates” and “close supervision” might be “more cooperative” -- and “less cynical and individualistic and more loyal to the group.” (But don’t blow it by stepping back to acknowledge this might be a good thing.) Quote sociologist Amy L. Guest on how “the boundaries of touch” have changed since the ‘70s, leaving us “with a lot more permissible access to other people’s bodies.” That sounds sort of dirty, so just, you know, leave it out there.

5) Blame TV and pop culture. Hugging, it seems, is a “grass-roots phenomenon and not an imitation of a character or custom on TV or movies.” Except! Boys' “non-romantic” hugging is embodied on -- wait for it! -- MTV, of course, on the show “Bromance,” where straight guys actually admit they like each other, rather than, I suppose, joshing each other with a playfully aggro punch to the bicep like the manly men of yore.

6) Blame our cold, cruel digital age. Bring in concerned parent Dona Eichner to turn this display of face-to-face, chest-to-chest intimacy into just another symptom of how our children don’t understand real interaction.“Maybe it’s because all these kids do is text and go on Facebook so they don’t even have human contact anymore," she says. Forget that all that texting and Facebooking just serves to extend connections between people, and that even your 65-year-old mother has joined in on both. Heave a collective sigh for all these children who fail to appreciate the real meaning of a hug while passing them out so indiscrimately to people who might not even deserve one. Adds Eichner: “I hug people I’m close to. But now you’re hugging people you don’t even know. Hugging used to mean something.”

It's a slippery slope, kids. Watch this space next week to find out how one high school hugging party ended with everyone liking one another so much they totally forgot that they were supposed to play the starring role in the drama "My Generation Is Filled With Way More Dangerous, Reckless Assholes Than Yours, Mom and Dad."