The housing collapse came about because we want more than we can afford. 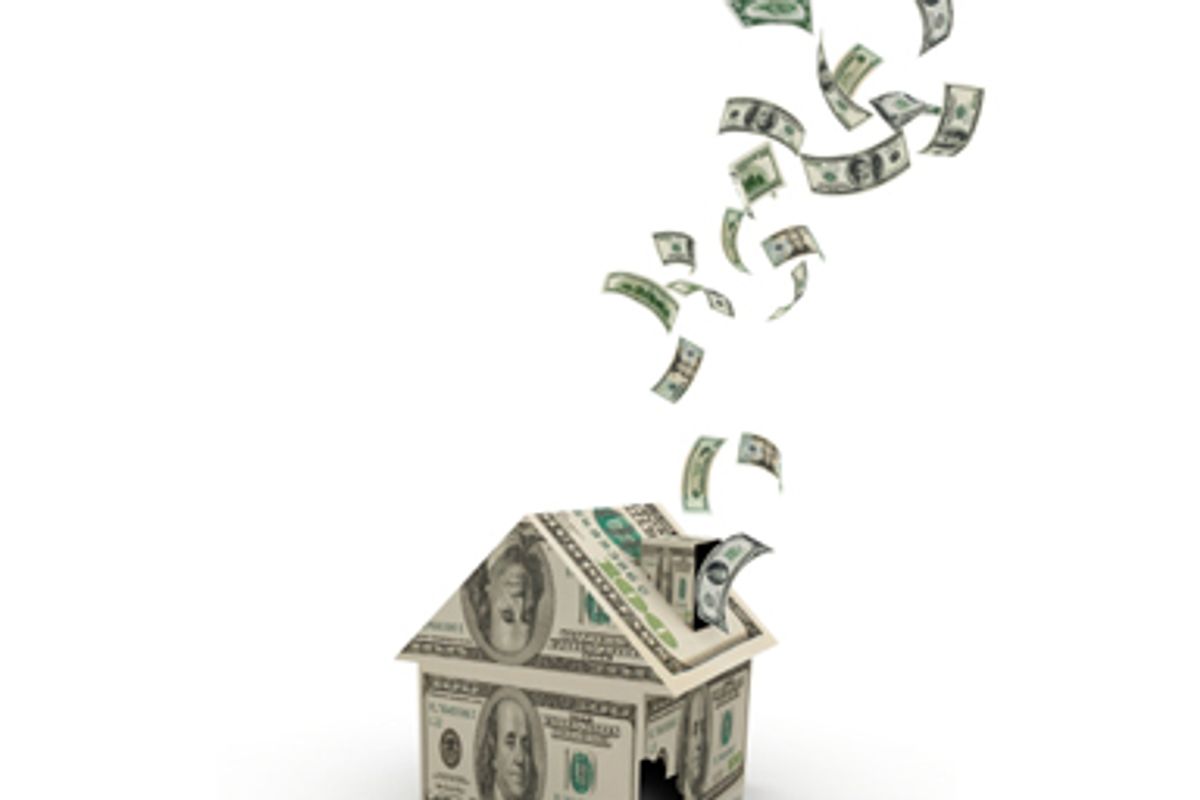 Maybe the most important lesson I learned as a journalist came from a story I never wrote. During the 1980s, I was under contract to a monthly magazine. Owing editors a feature article, I was assigned to write about how sky-high prices and inflation were wrecking the hopes of young professionals to buy their own homes.

Articles lamenting the plight of thwarted yuppies had appeared in Texas newspapers. I had little enthusiasm. Finance bores me. When people start talking about their "dreams," in the sense of unrealized fantasies, I lose interest. They'd have to settle for what they could afford, poor things.

Almost needless to say, I already owned a home.

I decided to interview one of my cleverest friends, a foreign-born real estate developer who'd studied at a prestigious American business school. He often had thought-provoking takes on other issues. Why not about his own profession?

Roberto brought me up short. Naming mutual friends, he said our parents wouldn't have dreamed of living as they did -- fancy cars, foreign vacations, frequent restaurant meals -- and also buying a house. Previous generations had saved for years to make a down payment.

"Besides," he said, "if people can't buy houses, who's going to live in them? Monkeys?"

He said articles like mine were a sure sign a sharp market correction was overdue. Texas, he said, was experiencing a classic speculative real-estate bubble. Shrewd investors should be unloading properties and debt. House-hungry yuppies should sit tight, awaiting lower interest rates and plummeting prices.

Roberto's logic was inescapable, but none of us wanted to play Cassandra. Somewhat grumpily, my editors let me write two sports features instead. We sold our Texas house at a tidy profit and left town.

The next big Texas real-estate story was the Savings & Loan crisis of the first Bush administration, caused by the very collapse my friend warned against. (Also, like the second Bush administration's banking crisis, by unwise deregulation.) Back then, everybody thought hundreds of failed Texas S&Ls were a big deal.

Not that anybody learned anything.

Flash-forward 25 years. Vacationing in England in 2007, I watched a TV show called something like "Flip This House." A daily program, it depicted eager Brits seeking properties to buy, refurbish and sell at a handsome profit. Recalling Roberto's warning, I said idly to my wife, "When they're pushing real-estate speculation on morning television, it's time to get out of the market."

Not that I did anything about it.

Good thing we'd always been cautious about debt, living in the same house for 28 years, refinancing only for home improvements. I drive a 9-year-old pickup; my wardrobe comes mostly from L.L. Bean and the Tractor Supply Co. Our sons attended public schools through college. My wife's tastes run to inexpensive clothing and jewelry. Leapfrogging to ever-more fashionable neighborhoods just wasn't us. Staying together was.

Visiting subdivisions of 6,000-square-foot McMansions, I'd occasionally wonder, "Where's all this money coming from?"

Thin air, as it happened.

Exactly how thin can be judged from an extraordinary piece of confessional journalism by New York Times economics reporter Edmund L. Andrews. Adapted from his book "Busted: Life Inside the Great Mortgage Meltdown," it tells how he "joined millions of otherwise-sane Americans in what we now know was a catastrophic binge on overpriced real estate and reckless mortgages. Nobody duped or hypnotized me. Like so many others -- borrowers, lenders and the Wall Street dealmakers behind them -- I just thought I could beat the odds. We all had our reasons. The brokers and deal-makers were scoring huge commissions. Ordinary homebuyers were stretching to get into first houses, or bigger houses, or better neighborhoods. Some were greedy, some were desperate and some were deceived."

Divorced, remarried and stuck with $4,000-a-month alimony and child-support payments, Andrews and his second wife decided they just had to have a suburban home big enough for her daughter and his visiting sons. "At any other time in history, the idea of someone like me borrowing more than $400,000 would have seemed insane."

As, indeed, it was. The role of Satan in Andrews' morality tale is played by a helpful mortgage broker whispering ever more "creative" ways of hiding mushrooming debt from lenders. "If Plan A didn't work," he writes, "he would simply move down another step on the ladder of credibility ... American Home was practically begging me to take the money."

And take it he did. Like millions of Americans (Brits, Irish, Spaniards, etc.) playing financial musical chairs, Andrews gambled that he'd have a seat when the music stopped. Instead, American Home went bust; foreclosure looms.

And we're all stuck paying for it. It's definitely possible to admire the work without admiring its author. Almost everything Andrews did was foolhardy and self-indulgent. Much of it should also have been illegal.