One more reason to worry about North Korea

This time, there is cause to be concerned about North Korea's threats. But there are also two reasons for hope. 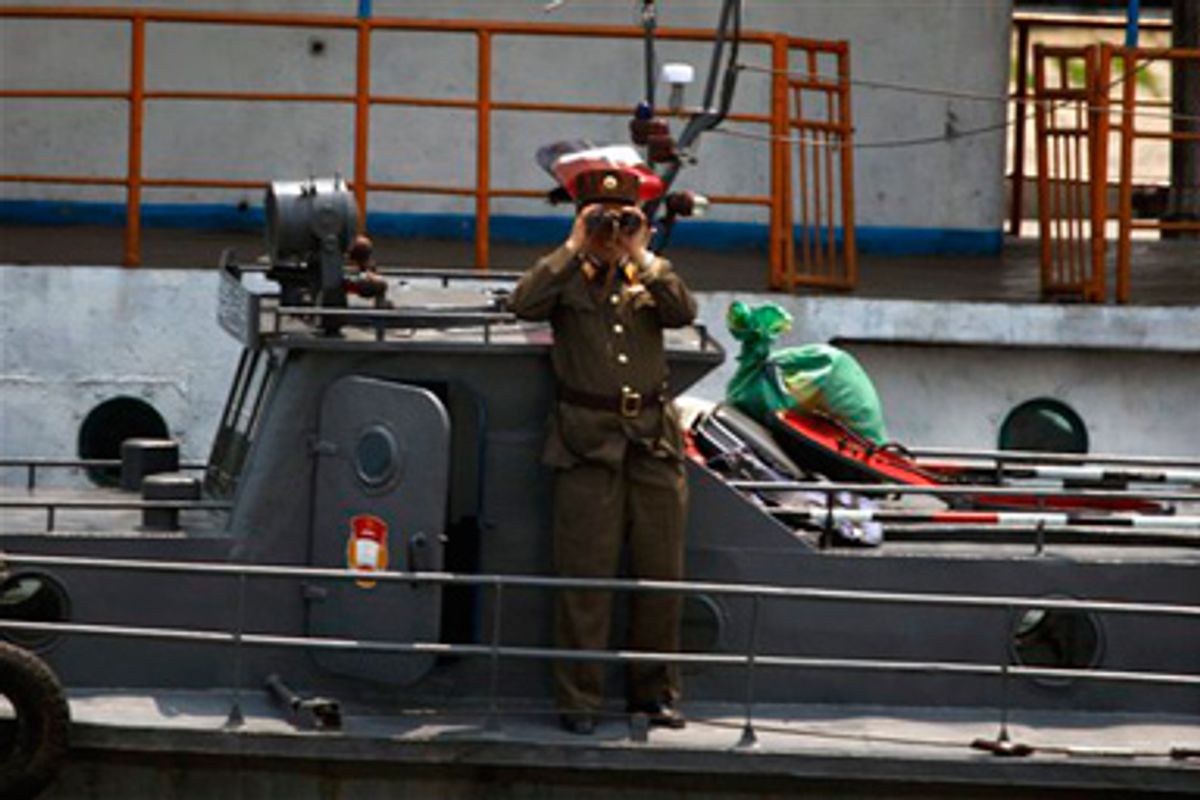 Here is one more thing about North Korea that you haven't worried about yet. Then, two more things that might make you feel better.

It is tempting to see recent events as only the most recent installment in a now-familiar pattern. A North Korea provocation is followed by global condemnation, then by Pyongyang's hysterical threats, then by joint pressure that brings Pyongyang back into negotiations and a slow unwinding of its nuclear program.

This is the pattern from 1994, when we almost went to war over the plutonium program but ended with an Agreed Framework that froze the production of this bomb material for 10 years and gave North Korea badly needed fuel oil in return.

We went through it again in 2002 when the (as we now know, exaggerated) U.S. charges of North Korea's cheating on the agreement caused the U.S. and the Democratic People's Republic of Korea to pull out of their freeze-for-oil deal. The North then restarted plutonium production, leading to threats from both sides, followed by deft diplomacy that produced the first six-party talks and a September 2005 agreement to refreeze.

We repeated the pattern again in 2006. After the U.S. froze key Korean bank accounts, the North pulled out of the 2005 agreement. It restarted its nuclear program, tested missiles, tested its first nuclear device on Oct. 9, leading to condemnations and mutual threats, which led to Chinese diplomatic pressure and an apology from Korean leader Kim Jong Il by Oct. 20, the first direct US-DPRK talks by Oct. 31, and a new six-party agreement by December.

Will this pattern repeat? Probably. But this time there is reason to worry about miscalculation. This time the threats from the North are exceptionally harsh, and the maneuvering inside Pyongyang to succeed the ailing Kim Jong Il may push the situation toward confrontation rather than compromise. As the various North Korean players posture for power advantage, and the South Korean and Japanese officials, tired of these Northern games, push back, the risk of miscalculation leading to war grows.

The North, for example, has declared the truce that paused the Korean War void, and has said it will no longer recognize the borders at sea dividing North from South. Incidents at sea have often triggered wars. Think Gulf of Tonkin.

All the more reason that, whatever pressures points are pushed, the U.S. and the other members of the six-party process (China, Russia, Japan and South Korea) must be in close contact with North Korea and each other. Clear communications at this time are vital.

Now for the good news.

First, the sharp, rapid rebukes of the North's nuclear test reveal a growing, global anti-nuclear sentiment. No nation supports North Korea. Most see a nuclear test by any nation as a threat to world security. They don't just want an end to North Korea's program, they want an end to nuclear weapons. As the New York Times editorializes in its endorsement of the comprehensive test ban:

A test ban will make it technologically much harder for other countries to press ahead with weapons development. And if Washington has any hope of rallying diplomatic pressure and economic sanctions for constraining Iran's nuclear ambitions or North Korea's program, it has to show that it, too, is willing to play by the international rules. For both of those reasons, the Senate needs to ratify the test ban treaty.

Second is the possibility of real cooperation with China and Russia that could contain and restart the rollback of the program. As Howard La Franchi reports for the Christian Science Monitor, "China and Russia, traditionally less eager to punish North Korea, are employing harsher rhetoric and reaffirming the need to walk the North back from nuclear status." Diplomatic pressure would help, like the October 2006 visit to Pyongyang by China's third highest official, State Counselor Tang Jiaxuan, that forced Kim Jong Il's apology.

This time, we should match diplomacy with trade intercepts and intelligence sharing.

North Korea flies airplanes to Iran, Syria and other Middle East destinations over Chinese territory. What is in those planes? We don't know. China does not inspect those that land on its tarmacs for refueling. What happens on the pads, stays on the pads. China could decide it has to inspect the cargoes for safety or customs compliance. This could put a serious crimp in whatever nuclear or missile trade the North is conducting.

Russia could help us understand the threat from North Korean missiles by sharing with the U.S. information on Russian technology transfers. Analysis by MIT's Ted Postol for a recent independent joint U.S.-Russian assessment of the Iranian nuclear and missile programs concluded that North Korea is relying on Russian-supplied rocket engines for its long-range missiles. The engines from the SA-5 surface-to-air missile and the SS-N-6 submarine-launched ballistic missile seem to match perfectly the characteristics of the engines in the second and third stages of the North Korean missiles, respectively.

If true, this could have great significance. North Korea cannot manufacture these advanced engines. They likely obtained them from Russia during the chaotic years of the 1990s. But how many? If Russia shared this information with the U.S., we would know whether we faced a threat of a few more long-range missiles, or dozens. We could assess how likely North Korean sales to Iran might be. In short, we would have a much more accurate threat assessment than we do now. President Obama and Russian President Dmitry Medvedev pledged in their joint statement of April 1 to conduct "joint assessments." This would be a great place to start.

As usual with North Korea, there is both peril and promise. There is nothing inherently permanent about a North Korean nuclear arsenal. Many other nations have been convinced to give up nuclear weapons or weapons programs. The United States, however, cannot solve this alone. We need to hold steady, increase communications, expand cooperation with key states, share intelligence and, most of all, make containing and rolling back the North Korean program part of a global effort to reduce and eliminate all nuclear weapons.

Joseph Cirincione is senior vice president for national security and international policy at the Center for American Progress and the author of the forthcoming book, "Bomb Scare: The History and Future of Nuclear Weapons" (Columbia University Press, Spring 2007).