The Fox News star had compared Tiller to a Nazi, called him a "baby killer," and warned of "Judgment Day" 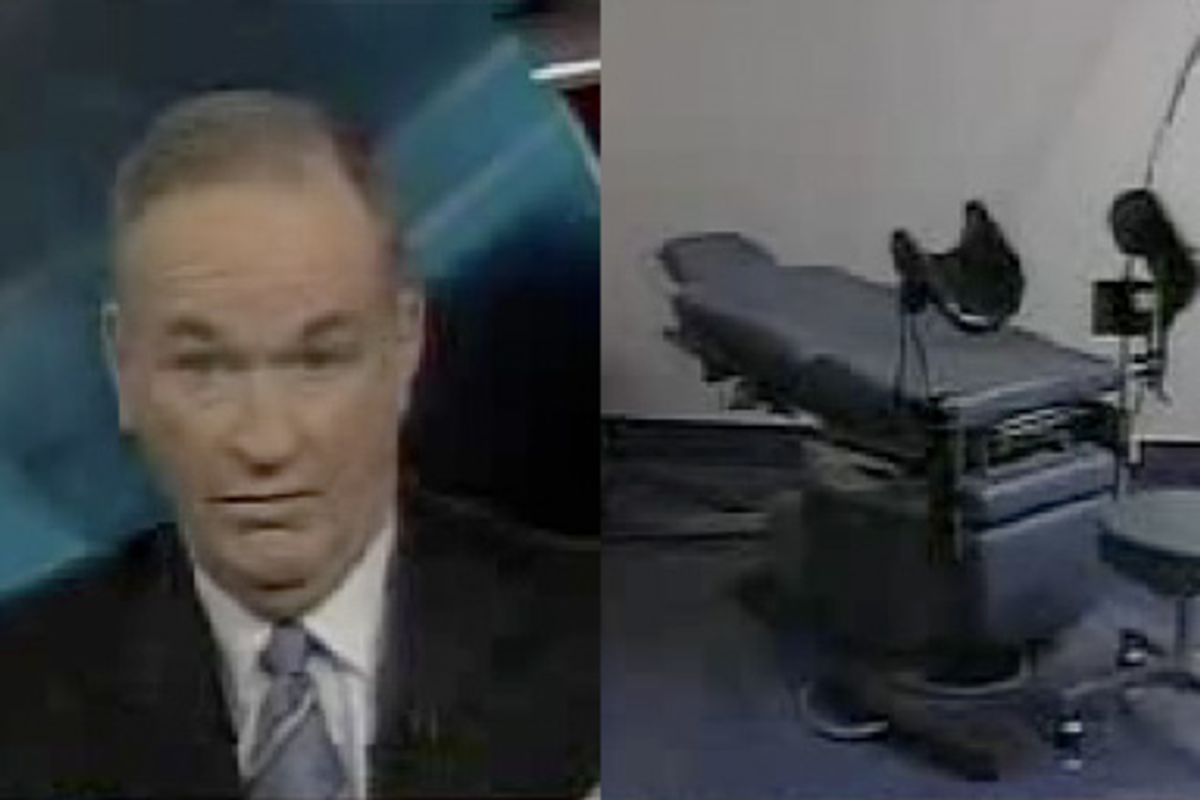 When his show airs tomorrow, Bill O'Reilly will most certainly decry the death of Kansas doctor George Tiller, who was killed Sunday while attending church services with his wife. Tiller, O'Reilly will say, was a man who was guilty of barbaric acts, but a civilized society does not resort to lawless murder, even against its worst members. And O'Reilly, we can assume, will genuinely mean this.

But there's no other person who bears as much responsibility for the characterization of Tiller as a savage on the loose, killing babies willy-nilly thanks to the collusion of would-be sophisticated cultural elites, a bought-and-paid-for governor and scofflaw secular journalists. Tiller's name first appeared on "The Factor" on Feb. 25, 2005. Since then, O'Reilly and his guest hosts have brought up the doctor on 28 more episodes, including as recently as April 27 of this year. Almost invariably, Tiller is described as "Tiller the Baby Killer."

O'Reilly has also frequently linked Tiller to his longtime obsession, child molestation and rape. Because a young teenager who received an abortion from Tiller could, by definition, have been a victim of statutory rape, O'Reilly frequently suggested that the clinic was covering up for child rapists (rather than teenage boyfriends) by refusing to release records on the abortions performed.

When Kansas Attorney General Phill Kline, an O'Reilly favorite who faced harsh criticism for seeking Tiller's records, was facing electoral defeat by challenger Paul Morrison, O'Reilly said, "Now we don't endorse candidates here, but obviously, that would be a colossal mistake. Society must afford some protection for viable babies and children who are raped." (Morrison ultimately unseated Kline.)

This is where O'Reilly's campaign against George Tiller becomes dangerous. While he never advocated anything violent or illegal, the Fox bully repeatedly portrayed the doctor as a murderer on the loose, allowed to do whatever he wanted by corrupt and decadent authorities. "Also, it looks like Dr. Tiller, who some call Tiller the Baby Killer, is spending a large amount of money in order to get Mr. Morrison elected. That opens up all kinds of questions," said O'Reilly on Nov. 6, 2006, in one of many suggestions that Tiller was improperly influencing the election.

Tiller's excuses for performing late-term abortions, O'Reilly suggested, were frou-frou, New Age, false ailments: The woman might have a headache or anxiety, or have been dumped by her boyfriend. She might be "depressed," scoffed O'Reilly, which he dismissed as "feeling a bit blue and carr[ying] a certified check." There was, he proposed on Jan. 5, 2007, a kind of elite conspiracy of silence on Tiller. "Yes, OK, but we know about the press. But it becomes a much more intense problem when you have a judge, confronted with evidence of criminal wrongdoing, who throws it out on some technicality because he wants to be liked at the country club. Then it's intense."

Tiller, said O'Reilly on Jan. 6 of this year, was a major supporter of then-Gov. Kathleen Sebelius. "I think it's unfairly characterized as just a grip and grin relationship. He was a pretty big supporter of hers." She had cashed her campaign check from Tiller, "doesn't seem to be real upset about this guy operating a death mill, which is exactly what it is in her state, does she?" he asked on July 14 of last year. "Maybe she'll -- maybe she'll pardon him," he scoffed two months ago.

This is where it gets most troubling. O'Reilly's language describing Tiller, and accusing the state and its elites of complicity in his actions, could become extremely vivid. On June 12, 2007, he said, "Yes, I think we all know what this is. And if the state of Kansas doesn't stop this man, then anybody who prevents that from happening has blood on their hands as the governor does right now, Governor Sebelius."

Three days later, he added, "No question Dr. Tiller has blood on his hands. But now so does Governor Sebelius. She is not fit to serve. Nor is any Kansas politician who supports Tiller's business of destruction. I wouldn't want to be these people if there is a Judgment Day. I just -- you know ... Kansas is a great state, but this is a disgrace upon everyone who lives in Kansas. Is it not?"

This characterization of Tiller fits exactly into ancient conservative, paranoid stories: a decadent, permissive and callous elite tolerates moral monstrosities that every common-sense citizen just knows to be awful. Conspiring against our folk wisdom, O'Reilly says, the sophisticates have shielded Tiller from the appropriate, legal consequences for his deeds. It's left to "judgment day" to give him what's coming.

O'Reilly didn't tell anyone to do anything violent, but he did put Tiller in the public eye, and help make him the focus of a movement with a history of violence against exactly these kinds of targets (including Tiller himself, who had already been shot). In those circumstances, flinging around words like "blood on their hands," "pardon," "country club" and "judgment day" was sensationally irresponsible.

Watch excerpts of O'Reilly's attacks on Tiller below: