"We are seeing a catastrophe"

The recession is bad for human rights, according to Amnesty International Secretary General Irene Khan 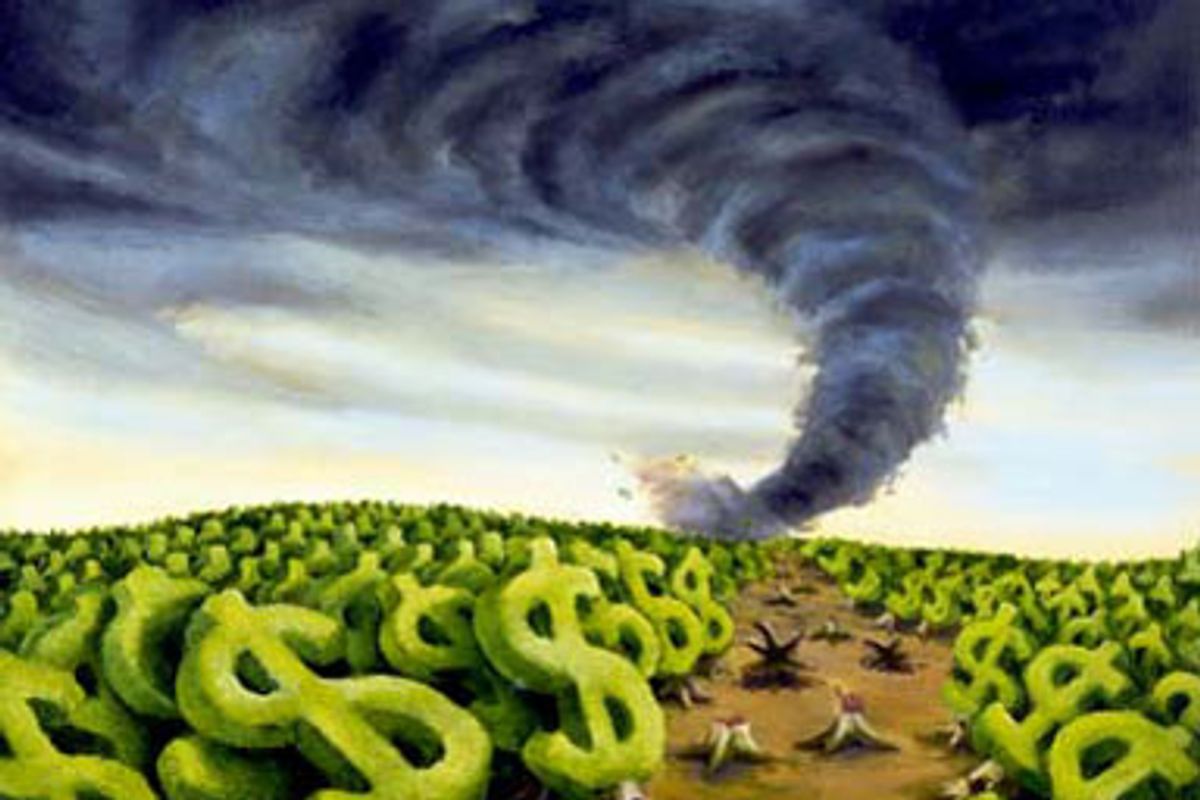 In its annual report released on Thursday, Amnesty International scolds China and the United States for human rights violations. In this interview, originally published on Spiegel Online, A.I. head Irene Khan warns that the global economic crisis is leading Western governments to put the push for universal human rights on the back burner.

The past year has been totally dominated by the global recession. That's even reflected in your annual report. How has it affected the human rights situation around the world?

We are seeing a catastrophe. After years of going down, the number of people in poverty is growing again. We saw social uprisings across Africa and China -- and very harsh repression by governments that left many protesters dead. Food shortages allowed several governments, among others Zimbabwe and North Korea, to use food as a political weapon.

Could that have been prevented?

Leading governments have been distracted by the recession. Humanitarian crises, like in Darfur and Palestine, do not get the attention they deserve. The poorest are hardest hit by the economic crisis, but all the thought and investment goes to shore up the economy and the banking system in the West. Human rights are put on a back burner.

Is it surprising to you that Western politicians think of their own countries first?

The West is taking a big risk: If the fallout from the global recession is not managed well and more investment doesn't go to the poorer countries, billions around the world will suffer.

The recession has also sped up the creation of a new global body -- the G-20. Your report shows that by including countries such as China and Saudi Arabia, the human rights record of the former G-8 has been severely tarnished. The G-20 is responsible for almost 80 percent of torture and executions worldwide. Was it a good idea to expand the G-8?

The expansion was right, because the G-20 reflects the reality of political and economic power in the world. But it will not be a very effective group of leaders, if it does not develop a common vision of human rights. One of our goals is to bring the two top nations of the world, the United States and China, to develop a common basis. We want the U.S. to sign up to the United Nations Covenant on Economic, Social and Cultural Rights, and we want China to sign up to U.N. Covenant on Civil and Political Rights.

A couple of signatures do not result in a common vision. Have you not lost an important ally in the old G-8? After all, the G-8 resolutions, notwithstanding all their imperfections, would uphold certain universal values, the values of Amnesty International. That is now over.

The question is whether the governments of the G-20 have to come down to the lowest common denominator. We campaign to make all member states commit to the universal canon of human rights, and there are some encouraging signs. China has signed its first action plan on human rights. ASEAN put in its charter an explicit commitment to human rights.

The Chinese action plan adopted in April promises, among other things, to control the death penalty and to let journalists and bloggers work freely. How credible is it?

There is a big gap between rhetoric and reality. Promises are not enough, we expect deeds. Before the Olympics last year, China opened up a bit. They unblocked some Web sites, including that of Amnesty, but that is now inaccessible again. Also, they have instituted an appeal in death penalty cases, but they remain by far the biggest executioner in the world.

According to your annual report, China executed at least 1,700 people in the past year, followed by Iran with at least 346 executions.

The real numbers in both countries are significantly higher. These are only the cases that we have gleaned from the news and our country sources. There is no official government data on executions, and we do not get access to either country.

In the past seven years, the war on terror has played a very important role in your annual reports. It seems that it is becoming less important. Western governments that have been involved in torture or rendition are on the defensive, transparency is the new buzzword. Do you feel vindicated?

There is a very clear shift in political strategy around the world. We are very happy about the repeated promises of U.S. President Barack Obama to close Guantánamo and other detention centers and to stop the use of torture. The U.S. has led the war on terror, so this reversal amounts to a global climate change. What is still missing, though, is disclosure. There is an unfinished story of accountability both in the U.S. and Europe. We will keep pushing for the full truth of rendition and torture.