The doctor's murder is domestic terrorism, and if our leaders don't act boldly, there will be more violence 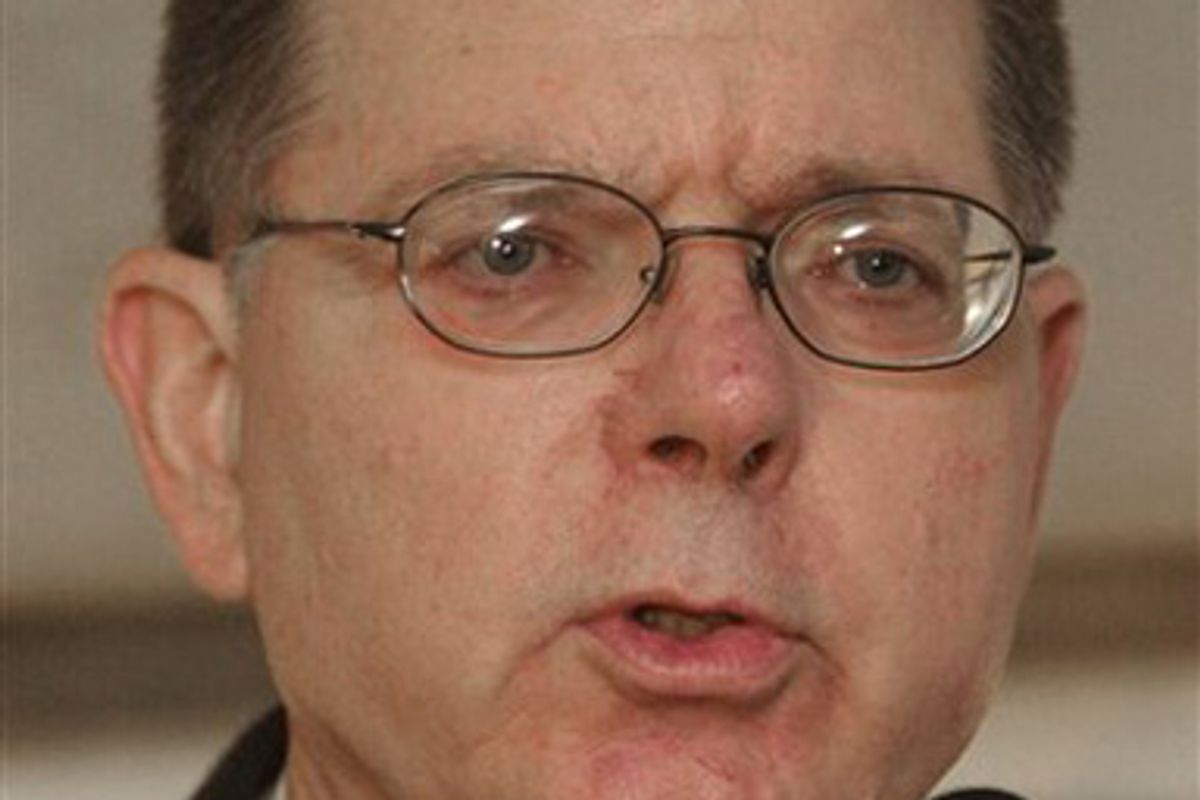 This Jan. 19, 2002 file photo shows Dr. George Tiller speaking to a small group during a rally at Tiller's clinic in Wichita, Kan.
--

I am done with candlelight vigils.

It is good and necessary that people gather together at a candlelight vigil to honor the memory of Dr. George Tiller, murdered in cold blood today at his Lutheran church by an assailant believed to be Montana “Freeman” Scott Roeder. Tiller was a compassionate and courageous doctor who provided abortion services to women in some of the most distressing circumstances imaginable, when their pregnancies had gone horribly, tragically wrong. He provided services when no one else would, and he was stubborn enough to fight against everyone who tried to stop him. So it is right that people express their grief in public ceremonies.

But I myself am done with candlelight vigils. I have participated in too many of them, from 1993 with the murder of Dr. David Gunn in Pensacola through the seven doctors, patient escorts and staff murdered over the horrifying five-year period thereafter. I can never forget the day before New Year's Eve in 1994. I was, at the time, CEO of Planned Parenthood in Arizona, talking on the phone to Pensacola patient escort June Barrett -- who had been wounded when her husband and the clinic’s Dr. John Britton were murdered by anti-abortion zealot Rev. Paul Hill -- when I received another urgent call from a friend whose granddaughter worked in Planned Parenthood’s Brookline clinic. The young woman had just witnessed the murder of two co-workers by John Salvi.

Each time, we held vigils all over the country. We wept and we pledged to continue our work. Which we did, increasingly, in isolation. We were the ones who had been wronged, and yet we were labeled controversial, to be shunned rather than supported. The murders were only the tip of the iceberg, among over 6000 cases of violence, vandalism, stalking, bombings, arson, invasions and other serious harassment.

Later, during the nine years I served as president of Planned Parenthood Federation of America, we dramatically beefed up our own security while figuring out how to make our health centers nevertheless welcoming to patients and workers alike. In fact, we got so adept at the task that during post-911 anthrax scares, we provided federal government agencies with model protocols for dealing with such threats. But though self-sufficiency is valuable, a just society should offer much more succor to citizens who are attacked.

That’s why today, after what happened to George Tiller, I know that the only thing that will assuage my personal grief over his shocking loss is for leaders across our nation to join me in expressing outrage at this heinous crime, this domestic terrorism. And yes, they need to call it out in exactly those terms. That’s what it is.

I want to hear massive outrage on the part of the community. I want it to start with President Obama. His statement today is a good beginning.

But that’s not nearly enough. He must immediately outline an action plan to increase federal protection for providers and clinics and call for stringent enforcement of the Federal Access to Clinic Entrances Act. He has an opportunity to make a speech that addresses women’s moral right to reproductive self-determination as passionately as his brilliant speech about race did during the primary. He can and should lead the nation to a larger and more productive conversation about the complex choices women make, and why women deserve the respect, equality and justice inherent in the right to choose to have, or not have, a child. He should bring together pro-choice and anti-choice leaders and get them to issue a joint statement decrying Tiller’s murder as well as all such violent opposition to one another’s efforts. Now that would be real common ground.

But even if the president did all of that, I would still not be ready for another candlelight vigil. The change we need in our culture’s attitudes toward women’s reproductive justice has to happen both top-down and bottom-up.

When it comes to decrying Tiller’s unspeakable murder, I want to hear it from Congress. I want to hear it from clergy, the medical profession, the media and civic leaders: "This kind of violation will not be tolerated. Period." I want to see leaders and people at the grassroots joining hands together in support of those who provide women with reproductive health services, including abortion. I want them to put the yellow armband on, to assume Tiller’s name as so many took on the Obama’s middle name, Hussein, when he was disparaged during the election. Doctors have a special responsibility. David Toub M.D, MBA, who provided abortions when he was a practicing physician in Philadelphia, told me, "This could have been any of us who provide or provided abortion services. I'm just as annoyed by some of my own colleagues and the American Medical Association who marginalized us and even looked down at anyone involved in providing abortion."

The silence overall from leaders so far has been deafening, as attorney and longtime Arizona volunteer for reproductive rights causes Leon Silver pointed out. And if our leaders remain silent, I can tell you with perfect assurance what will happen next. There will be more violence.

Dr. Tiller’s friends, family, patients, colleagues and the many pro-choice activists who have supported him over the years need the vigil in Wichita and those springing up elsewhere to mourn the 67-year-old doctor’s death and celebrate his exceptional life. The larger community of reproductive health professionals and activists, including those who bravely escort women safely into and out of health facilities for abortions, need to cry and hug and lift one another up on the wings of their convictions that they are doing God’s work, saving women’s lives in the fullest sense of the word. I am with them in spirit.

Gloria Feldt is the former president of Planned Parenthood.