Obama: "I have no interest in running GM"

The president swears he won't micromanage General Motors. Is it time to believe him? 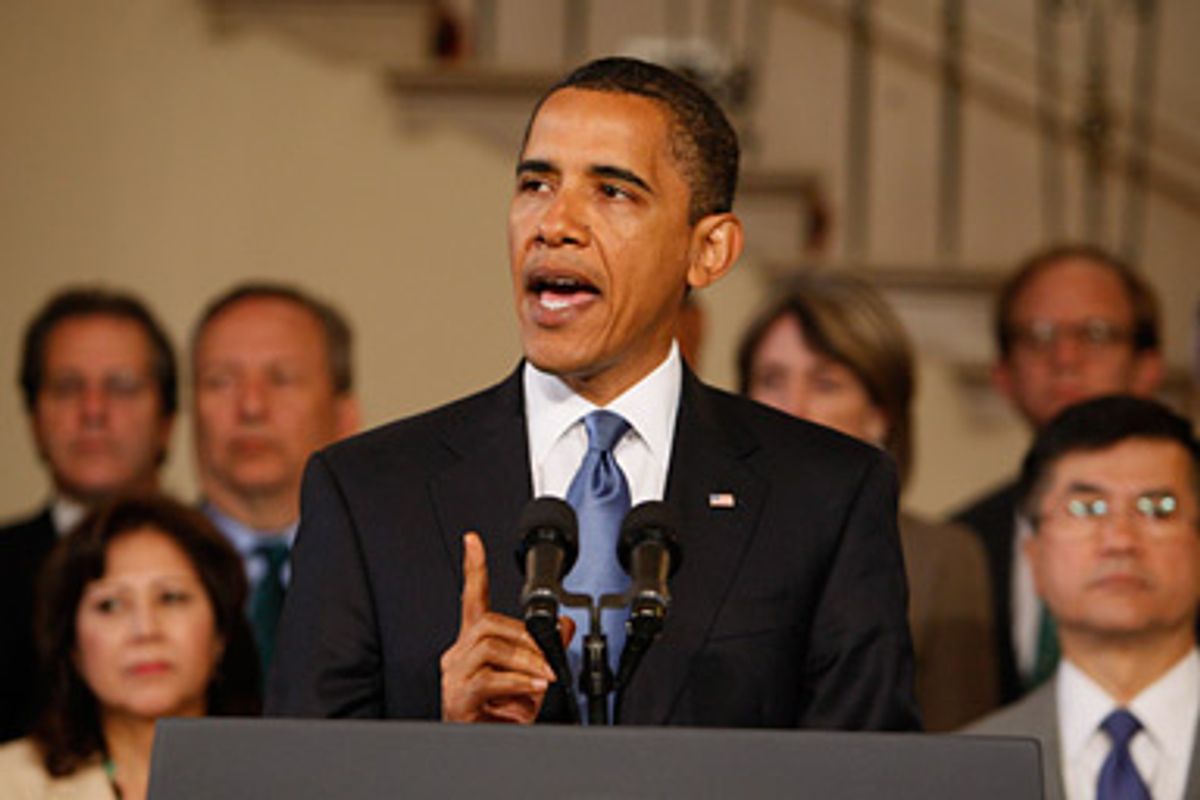 For the second time in his still-wet-behind-the-ears administration, President Obama faced the nation to bring them what, in normal times, would be considered bad news: A major American carmaker -- General Motors -- was filing for bankruptcy. This time, however, there were no fireworks -- no direct attack on hedge fund speculators to stoke outraged Wall Street Journal editorials or satisfy class warfare antagonisms. This time, the message was a little different: By taking majority ownership in General Motors and steering it through a Chapter 11 restructuring, the U.S. government intended to make the best of a bad situation and give "an iconic American company a chance to rise again."

It won't be easy and there's no guarantee of success, but maybe it's time to give the White House a little bit of the benefit of the doubt. The rhetorical high moment of Obama's speech came when he noted, with respect to Chrysler, that "many experts said a quick surgical bankruptcy was impossible."

"They were wrong," said the president.

Obama portrayed the GM bankruptcy filing, along with the government commitment of another $30 billion in investment help, as a necessary, if painful, resolution to a problem "decades in the making."

"I refused to kick the can down the road," he said, while arguing that allowing both GM and Chrysler to be liquidated "would have been devastating," and "caused enormous damage to our economy."

But what for Obama is a necessary biting of the bullet, is for his critics an unwanted foray into direct state intervention into private business. Anticipating that criticism, the president all but swore on a stack of Bibles that he would not be micromanaging GM's future business moves.

"I recognize that this may give some Americans pause," he said, "but what we are not doing, and what I have no interest in doing, is running GM."

A new independent board of directors and management "and not the government will call the shots and make the decisions. The federal government will refrain from exercising its rights as a shareholder in all but the most important decisions."

What will those decisions be? Obama claimed that if all goes right, a higher percentage of the cars GM sells in the U.S. will be made in the U.S. We'll watch and see how hard the government has to put its finger on the scales to make that happen.

But perhaps the biggest testament to the effectiveness of the White House's strategy is the fact that GM's bankruptcy, one of the biggest business failures in American history, is, in the eyes of the stock market, a non-event. At midday, EDT, the Dow Jones industrial average was up over 200 points. If managing expectations is the mark of effective leadership, then the White House has at least achieved that much.

Chrysler How The World Works