On the eve of the president's Cairo speech, the radio bully says Obama is more destructive to the U.S than al-Qaida 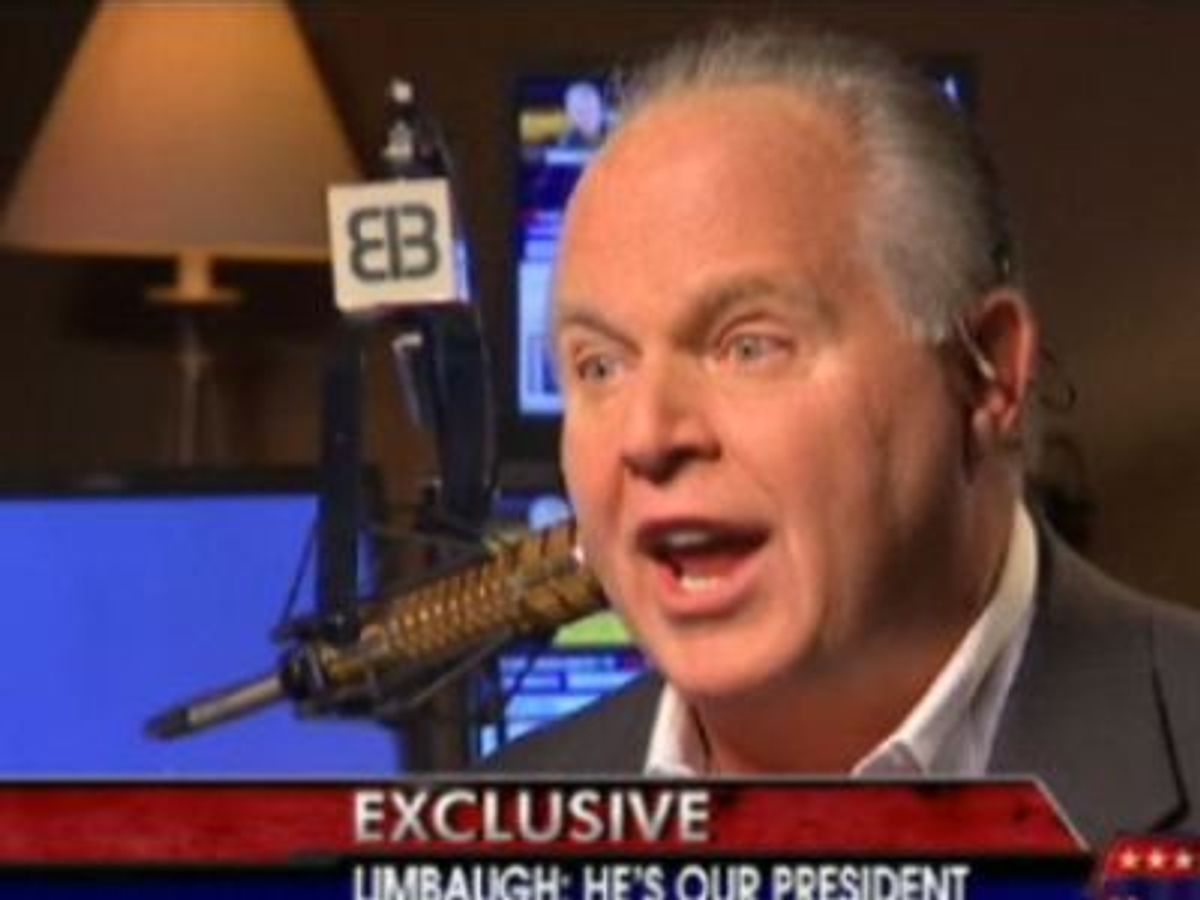 The puffy blowhards of right-wing radio had a love fest Wednesday night, just before President Obama's historic speech to the Muslim world from Cairo University. Rush Limbaugh and his fanboy Sean Hannity fumed that Obama is turning the U.S. socialist, and fascist, and that's not all:

"If al Qaeda wants to demolish the America we know and love, they better hurry, because Obama's beating them to it," Limbaugh told fanboy Hannity. And when Hannity tried to suggest naughty liberals had twisted Limbaugh's comments about hoping Obama fails, "which wasn't what you said," Limbaugh disagreed. “I don't hide from it. I do want and I still want Obama to fail... I define America succeeding by virtue of Obama failing. I love America!”

Got that? The most influential man in the Republican Party – Dick Cheney prefers him to retired Gen. Colin Powell – says the president is more destructive than the folks who killed almost 3,000 Americans on 9/11, and more before and after that date. And almost 24 hours later, not one Republican has called Limbaugh out for his remark.

Instead, they're lining up to find fault with Obama's faultless and inspiring Cairo speech. All over the right-wing Web the president is being criticized for this simple and accurate statement:

“Given our interdependence, any world order that elevates one nation or group of people over another will inevitably fail. So whatever we think of the past, we must not be prisoners of it. Our problems must be dealt with through partnership; progress must be shared.”

Hot Air says that means Obama wants to turn Ronald Reagan's City on a Hill into a "Common Community on a Plain." Orange John Boehner is angry that Obama suggested Israel might have to compromise with Hamas. AEI's Danielle Pletka accused Obama of "the moral equivalency that denies right and wrong;" the omnipresent Liz Cheney likewise accused the president of "moral relativism." But those charges are somewhat less stupid than yesterday's flap over whether Obama called the U.S. a "Muslim nation," which of course he didn't (he merely told French media that the number of Muslims in America was equivalent to that of small Muslim nations.)

Still, even in that forest of ignorance, Limbaugh stands tall. It is impossible to imagine a liberal of Limbaugh's importance comparing George W. Bush to al-Qaeda and keeping his job. It's also hard not to compare Limbaugh's jihad against Obama to Bill O'Reilly's crusade against the late Dr. Tiller. The demonization of our president as more dangerous than al-Qaeda can't be good for the state of discourse and democracy, can it? Will any Republican leader stand up to him?