The elected wing of the GOP knows better. The entertainment wing -- Rush, Coulter et al. -- has a different agenda. 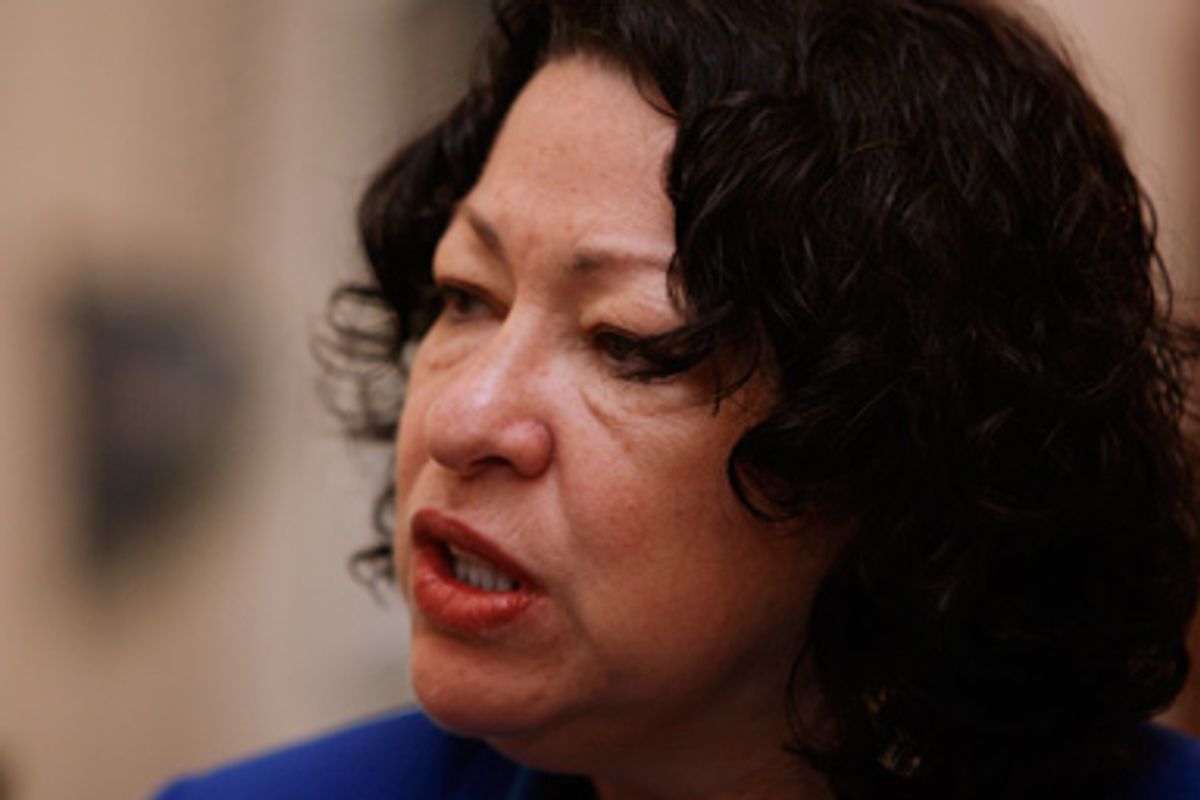 If there's anything I agree with Supreme Court Justice Clarence Thomas about, it's ethnic groupthink. During his 1991 confirmation hearings, Thomas' resentment at people who treated a black conservative as a sellout was almost palpable. So was his bitterness at those who saw his as an "affirmative action" appointment.

Due to the circumstances of my birth and upbringing, as they say in 18th-century novels, I was exposed early and often to the crippling idea that ethnicity was destiny. As a teenager, I felt very daring reminding certain relatives that Ireland was a foreign country they'd never visited. Today, I'm more apt to joke that I only look white, that in fact, I'm Irish.

In New York or Boston, this remark can get a laugh. Where I live, it's "Do what?" Southern for "Huh?" Because in most of the country, the clenched jaws, knotted fists, bloody-minded determination and narrow-minded chauvinism I grew up with hardly exist anymore. Nor in today's Ireland, for that matter.

Even so, I've watched "The Departed," Martin Scorsese's film about Irish-Catholic cops and gangsters, several times. I recognize all the characters; I don't have to like them to know exactly how they think and feel. While I quit being a mick, it didn't entirely quit me. That's how ethnicity works in our pluralistic democracy. It marks you, but it needn't define you.

This brings us by an even more circuitous route than usual to the ridiculous, media-driven controversy over President Barack Obama's appointment of federal Judge Sonia Sotomayor to the U.S. Supreme Court.

During an academic conference in 2001, Sotomayor spoke about racial discrimination and the law, uttering the now-famous 32 words: "I would hope that a wise Latina woman with the richness of her experiences would more often than not reach a better conclusion than a white male who hasn't lived that life."

Interestingly, she never said what that conclusion should be. Indeed, as an appeals court judge, Sotomayor sided with the defendant in race-discrimination lawsuits 80 percent of the time. Which could mean that one thing a wise Latina woman knows is how often people blame bigotry for personal failures. Or how hard such cases are to prove.

One thing it doesn't suggest is a bias toward "people of color," as academic jargon has it. Anybody who read Sotomayor's speech would understand, as Obama indicated, that she doesn't subscribe to "identity politics" at all. "In fact," he said, "what she really subscribes to is the exact opposite."

Elsewhere in her speech, Sotomayor noted that "nine white men" correctly decided Brown v. Board of Education, the 1954 decision declaring legal segregation unconstitutional. Also, however, that "until 1972, no Supreme Court case ever upheld the claim of a woman in a gender discrimination case."

Here's the heart of it: "Personal experiences affect the facts that judges choose to see ... I am reminded each day that I render decisions that affect people concretely and that I owe them constant and complete vigilance in checking my assumptions, presumptions and perspectives and ensuring that ... I re-evaluate them and change as circumstances and cases before me requires."

In short, a Puerto Rican woman may see things differently from an Irish-Catholic man like Chief Justice Roberts, but her decisions need to be grounded in the facts and the law. It's boilerplate Americanism.

That great apostle of racial harmony Pat Buchanan asked readers to "imagine if Sam Alito had said at Bob Jones University, 'I would hope that a wise white male with the richness of his life experience would more often than not reach a better conclusion than a Hispanic woman, who hasn't lived that life.' Alito would have been toast ... He would have been branded for life a white bigot."

Sure he would. Because his meaning would be entirely different. "Could a white man get away with saying something comparable about a Latina?" wrote conservative columnist Kathleen Parker. "Of course not. After Latinas have run the world for 2,000 years, they won't be able to say it ever again either."

Parker's a pragmatist who sees things from the perspective of the elected wing of the Republican Party. Conservatives like her understand that portraying Sotomayor as a racist hothead is a long-term losing strategy. Hispanics vote.

The GOP's entertainment wing has a different agenda. For Coulter and Limbaugh, there's money to be made playing to the right-wing id -- stoking the fears of a minority to sell books and stimulate ratings.

Increasingly, moreover, TV news networks and "mainstream" newspapers behave as if they think presenting news as melodrama is in their interest, too: the main reason Sotomayor's inoffensive truisms were presented as incendiary.