The prophet of hope now doesn't even bother with explanations when he reneges on his campaign pledges. 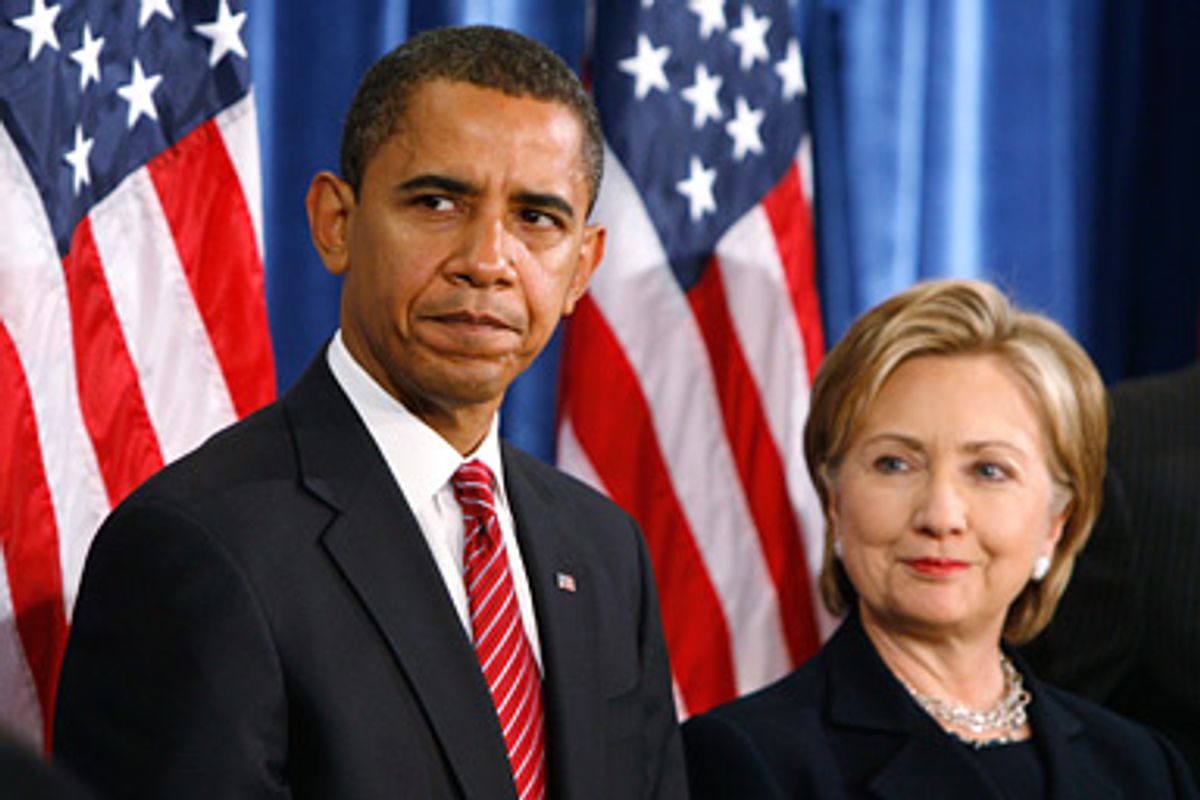 Though not (yet) having children of my own, I often consider what my future offspring won't know about and will find humorous. I fantasize that they will have no idea what gasoline-powered cars or private health insurance policies are. But I also worry they will guffaw in disbelief when I tell them politicians once knew that breaking campaign promises without explanation had consequences.

Historically, Americans generally held campaign promises sacred. We understood that republican democracy makes us rely on pledges of future action as the metric for choosing representatives; we knew that politicians reneging on pledges without adequate reason were desecrating that democracy; and we therefore often punished promise-breakers accordingly.

I'm not idealizing halcyon days that never were -- just ask George H.W. Bush, who lost re-election in 1992 after trampling his "no new taxes" guarantee. Indeed, breaking campaign pledges was one of the surest ways for politicians to hurt themselves -- until 2006.

Lieberman had broken two key promises: 1) He was violating an explicit term-limits pledge and 2) He vowed to "help end the war in Iraq" while working to continue it. And yet, he was re-elected without ever explaining his reversals.

I'd like to think that result was merely a symptom of momentary shellshock. Perhaps an electorate so numbed by Republicans' then-recent attacks on John Kerry's changing positions was temporarily unable to process discussions of "flip-flopping."

But, then, behavior by President Obama suggests a more systemic assault on the campaign promise is underway.

It started in December when he was asked why he was making Hillary Clinton his chief diplomat after criticizing her qualifications and promising Democratic primary voters that his views on international relations were different than hers. He responded by telling the questioner "you're having fun" trying "to stir up whatever quotes were generated during the course of the campaign." The implicit assertion was that anyone expecting him to answer for campaign statements must just be "having fun" -- and certainly can't be serious.

A few months later, in reversing a five-year-old commitment to support ending the Cuban embargo, Obama offered no rationale for the U-turn other than saying he was "running for Senate" at a time that "seems just eons ago" -- again, as if everyone should know that previous campaign promises mean nothing.

At least that was a response. After the New York Times recently reported that "the administration has no present plans to reopen negotiations on NAFTA" as "Obama vowed to do during his campaign," there was no explanation offered whatsoever. We were left to recall Obama previously telling Fortune magazine that his NAFTA promises were too "overheated and amplified" to be taken literally.

It's true that politicians have always broken promises, but rarely so proudly and with such impunity.

We once respected democracy by at least demanding explanations -- however weak -- for unfulfilled promises. Then we became a country whose scorched-earth campaigns against flip-flopping desensitized us to reversals. Now, we don't flinch when our president appears tickled that a few poor souls still expect politicians to fulfill promises and justify broken ones.

The worst part of this devolution is the centrality of Obama, the prophet of “hope” and “change” who once said that "cynicism is a sorry kind of wisdom." If that's true, then he has become America's wisest man -- the guy who seems to know my kids will laugh when I tell them politicians and voters once believed in democracy and took campaign promises seriously.