Closed parks, public education in tatters, state workers on the unemployment line: How did we get here? 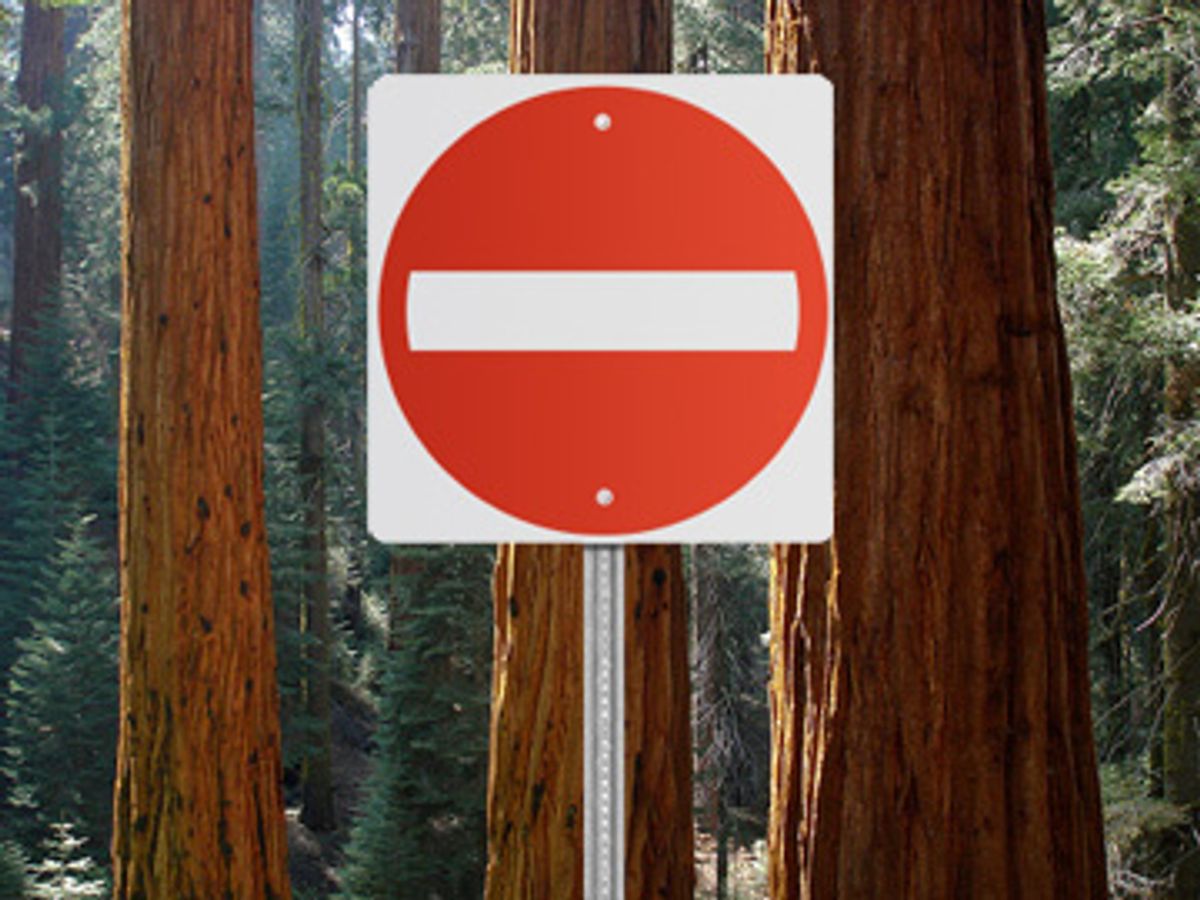 For a San Francisco Bay Area cyclist, the 10-mile swoop down from the summit of Mount Diablo is an invitation to laugh out loud with glee at being alive in the great state of California. Nearly 4,000 feet high, but oddly isolated in the middle of the East Bay's Contra Costa County, Mount Diablo offers sweeping panoramas in every direction and well-maintained roads that are a biker's delight. It is a popular destination all year long, but right now, as spring becomes summer, the mountain is positively infested every weekend with Lycra-clad cyclists who toil their way up the mountain for hours, exulting equally in the suffering and the amazing plummeting reward.

Mount Diablo State Park is also one of roughly 220 (out of 279 total California state parks) slated for closure by Gov. Arnold Schwarzenegger in a desperate attempt to help make up a $24 billion budget shortfall. Local cyclists, unsurprisingly, are not amused. You might think you can leave your troubles behind when you hop on a bike and pedal off into the hills, but California's woes have a way of tracking you down where ever you go. On one local riders' mailing list I subscribe to, where the discourse is usually consumed by arcane arguments about the efficacy of sharrows or the nutritional requirements necessary to ride 200 miles of hills in a single day, a fierce dispute suddenly broke out over whether Californians suffer under too high or too little a tax burden. Before you could say "Proposition 13" some of the discussants were blaming California's problems on, uh, Proposition 13.

Which is probably a good thing. In the bigger scheme of things, I feel more than a little queasy about measuring the worth of California's state park system against the necessity of properly funding public education or paying for services aimed at the elderly and poor and mentally ill. Defenders of the parks like to note that cutting off their funding would save less than one-tenth of 1 percent of the overall budget, but you know, every penny counts when you are trying to keep class sizes low in elementary schools.

And yet, 79 million Californians visited state parks last year -- that's an average of two trips a year per Californian citizen. If it takes a closed park -- or just the threat of a closed park -- to get Californians thinking about whether there is a better way to run their state than what we've got now, then maybe putting the screws on campers and hikers and picnickers and cyclists isn't such a bad idea. Because what we're doing now -- government by proposition -- isn't working.

Californians are willing to vote for bond measures and other initiatives putting the state on the hook for things that the majority wants, but as the most recent special election demonstrated once again, they are decidedly not willing to vote for the taxes necessary to pay the interest on those bonds or the social services that a huge, complicated state like California requires. Proposition 13's mandate that a two-thirds majority in the state House and Senate is necessary to raise taxes without a popular referendum gives the Republican rump effective filibuster power. It's an old, old story that never seems to translate into action, but the state is now at a crisis point greater than any since Prop. 13 passed in 1978. Something's gotta give.

Of course, if one decides that Prop. 13 is the root of the problem -- the reason, for example, that California went from being one of top 10 states in the nation in per-pupil spending to middle of the pack or all the way down at the bottom, then you might believe that higher taxes are the logical answer. But if you think that even with Prop. 13, California is so loaded with taxes and regulation as to make it unlivable, well, then, that's a different story. And suddenly the question debated by my fellow cyclists becomes highly relevant: Do Californians really pay high taxes?

If you look at income tax rates and sales taxes, the answer might appear to be indisputably yes. California has the highest income tax rate and highest sales tax in the nation. If you compile all the various state and local taxes assessed on Californians, the state comes in at around sixth, according to the Tax Foundation. (Although, as the Sacramento Bee's Dan Walters points out, the Tax Foundation's rankings are based on average per-capita taxes paid. Since the cratering California economy means that Californians will be making a lot less money this year and next, and therefore paying a lot less in taxes, California's ranking, according to the Tax Foundation, should fall sharply, perhaps down to the mid-20s.)

There's a story within that story, too. Property taxes are reassessed whenever a property changes hands, leading to vast disparities between what new homeowners pay and what is owed by those who have held on to their property for decades. But Californians change homes fairly often, so as individuals, we do end up paying more over time. According to some studies, however, the most valuable commercial California real estate changes ownership much less frequently. What that means is that as time goes by, the owners of commercial real estate -- these include the largest corporations and businesses in California -- pay less and and less of their share of the overall tax burden.

So yeah, we sure feel that we are paying a lot of taxes, because we are. We see it in our income taxes, our sales taxes, and every time we buy or refinance a home. And it's not fair. So when we vote, we vote against more taxes.

Maybe the next state initiative should call for adjusting the property tax burden on businesses. I'd like to see how Californians vote on that one. Of course, the state would be blanketed by television and radio ads arguing that that raising taxes on businesses -- along with all those supposedly onerous environmental regulations -- will make life so inhospitable for entrepreneurs that they will all flee the state and cripple the economy even further. But I would like to see that theory tested.

For one thing, the economic woes that led to California's current budget meltdown cannot be blamed on high business taxes or regulation. The collapse is the direct result of a housing bubble fueled by greed, irresponsible lending, and a woefully regulated financial sector. But more importantly, California is an incredibly desirable place to live -- a land of mountains and deserts and redwood forests and oceans, a state of great beauty and cultural and ethnic diversity. People from all over the world desperately want to live in California. And life here could be even more desirable if the state made sure to pay for quality education, social services, clean air and water ... and yes, magnificent parks too. With all that in place, my bet is that businesses would somehow figure out how to make a profit, even if they had to pay higher taxes than they do now.