Why are you working so hard?

Alain de Botton's riveting book examines jobs from painting to rocket science and wonders what it all adds up to. 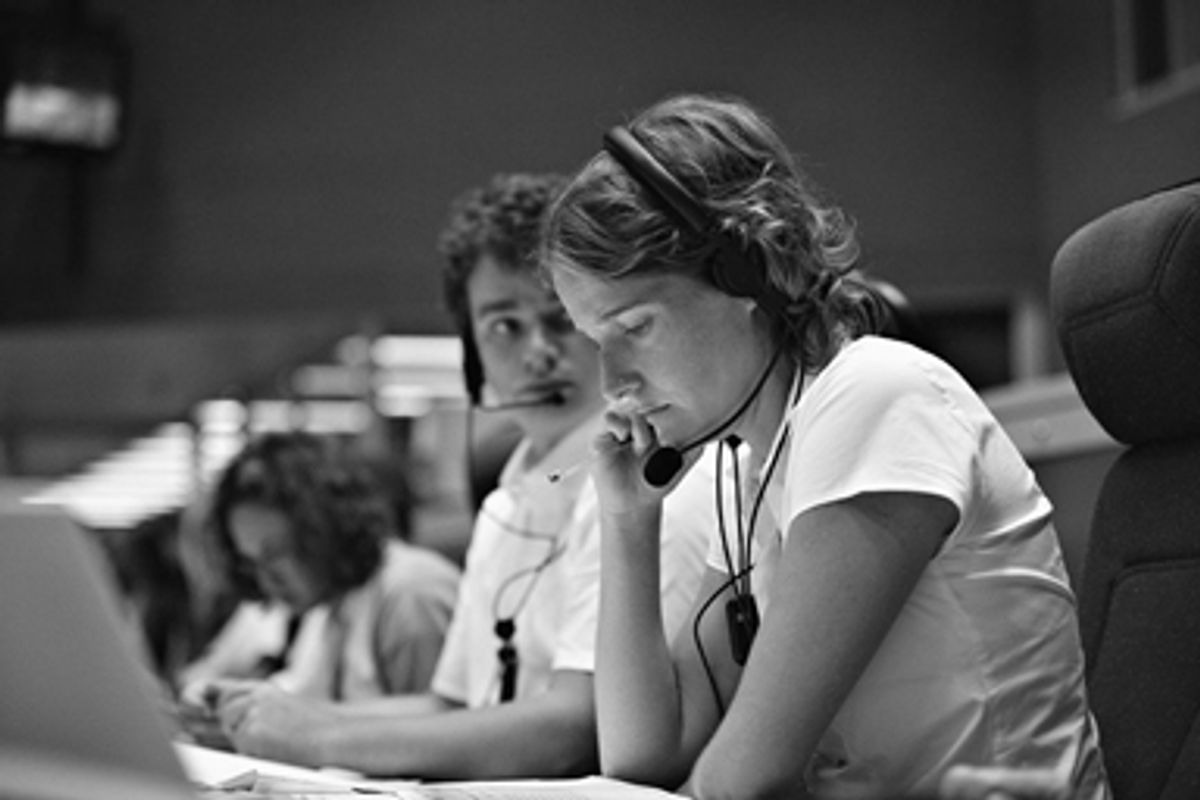 Even the best job in the world can be difficult to enjoy on a bad day. No matter how rewarding your work is, no matter how much meaning you derive from it, there are those times when you wonder if it makes sense to devote most of your waking hours to one pursuit. "Wouldn't it be better to spend part of my day outdoors?" you think. "Shouldn't I be helping those in need? Will I ever find a way to express the innermost reaches of my soul?"

In "The Pleasures and Sorrows of Work," Alain de Botton tackles the modern problem of labor in his characteristically untamed, thoughtful style, revealing the ways work can bring us meaning or strip our lives of it, depending on our circumstances. De Botton explores 10 different professions, from biscuit manufacturing to entrepreneurship to painting to rocket science, examining each with a magnifying lens in order to better fathom it. Interspersed with the text are 200 original black-and-white photographs -- a janitor vacuuming the floor at an aerospace convention, electrical pylons in a weedy field, women in hairnets sorting biscuits -- that complement the book's moody tone.

De Botton, who has written several works of nonfiction on wide-ranging subjects from love to class status to architecture, launches his investigative journey armed with the Marxist notion that most of us are not only alienated from our own jobs, but we're also out of touch with the labor that goes into the products and services that we consume: "Two centuries ago, our forebears would have known the precise history and origin of nearly every one of the limited number of things they ate and owned, as well as of the people and tools involved in their production."

This is part of the author's quest, to enrich our understanding of where products come from. Thus do we come to appreciate the "highly precise, efficient and universal vocabulary" of the transmission engineer, the accountant's office, with its intriguing blend of "camaraderie, intelligence and futility" or the ways that a fisherman in the Maldives strikes a tuna "vengefully" because "[t]his is the first tuna he has caught in eight days, and there are six children waiting at home."

Like a philosophical adult version of Richard Scary's children's book, "What Do People Do All Day?" "The Pleasures and Sorrows of Work" outlines some of the technical, logistical or political aspects of these jobs, but every element is weighed in emotional terms. Are these workers happy launching satellites into space or auditing a plastic packaging company? What aspects of their jobs bring them satisfaction or leave them wishing for more? De Botton lingers on trivial details until he can locate their larger meaning, and has a particular knack for finding the emotional center of a seemingly neutral setting. Take his description of a large diner next to a freeway: "Anyone nursing a disappointment with domestic life would find relief in this tiled, brightly lit cafeteria with its smells of fries and petrol, for it has the reassuring feel of a place where everyone is just passing through -- and which therefore has none of the close-knit or convivial atmosphere which could cast a humiliating light on one's own alienation. It suggests itself as an ideal location for Christmas lunch for those let down by their families."

De Botton not only captures the longing inherent to modern life, but he explains, with stunning accuracy, the ways that longing becomes encoded in specific objects and places. "[N]o quayside can ever appear entirely banal, because people will always be minuscule compared to the great oceans," he writes, "and the mention of faraway ports will hence always bear a confused promise of lives unfolding there which may be more vivid than the ones we know here, a romantic charge clinging to names like Yokohama, Alexandria and Tunis -- places which in reality cannot be exempt from tedium and compromise, but which are distant enough to support for a time certain confused daydreams of happiness."

Reading De Botton's words, which so often ramble free of the stodgy conventions of nonfiction, can feel like an act of discovery. Like a combination of Joan Didion, David Foster Wallace and pop philosopher Thomas Moore, De Botton's dense, pensive prose expresses a palpable preoccupation with finding better ways of living in our bewilderingly estranged age, littering astute observations with revealing personal asides. De Botton is happy to throw himself into any story, as long as there's some poignancy or humor in doing so. Of a career counselor he affectionately writes, "Not even the most extreme quirk of the mind appeared liable to surprise him or elicit humiliating judgment. I harboured a confused wish for him to be my father." De Botton's perspective is so vivid and self-exposing that it's hard not to crave it well after you've put down his books. He has that rare ability to sum up our experience in a handful of well-chosen words, hinting at the pox upon us at this particular point in history with such incisiveness and wisdom that you can't resist searching for remedies in his subtext.

In "The Pleasures and Sorrows of Work," he asks what is perhaps his most unsettling question yet: What does all this work add up to, in such a short life? After enviously surveying a room full of paintings that present explicit evidence of what the artist has accomplished over the course of several years, he reflects, "Our exertions generally find no enduring physical correlatives. We are diluted in gigantic intangible collective projects, which leave us wondering what we did last year and, more profoundly, where we have gone and quite what we have amounted to. We confront our lost energies in the pathos of the retirement party."

It's impossible to read "The Pleasures and Sorrows of Work" without contemplating the work of De Botton himself, a flexible, interdisciplinary intellectual with an uncanny talent for summing up our universal emotional response to certain shared human experiences in succinct, evocative ways. That may be the reassuring subtext we're looking for: Even as he unravels the limitations and disappointments of modern work, De Botton demonstrates, by example, how to become your own unique, unpredictable invention.