How to talk about abortion

President Obama wants supporters and opponents of choice to find "common ground." Can that really happen? 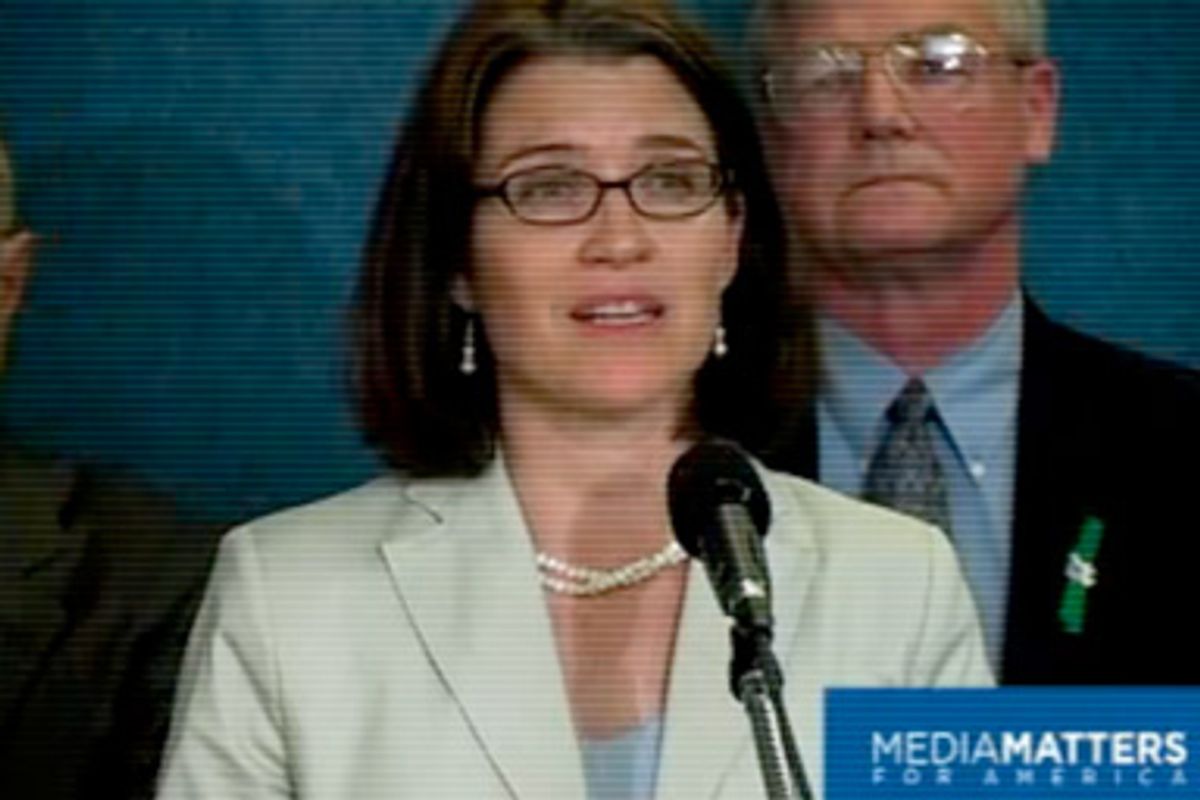 There are days when I think if I hear one more antiabortion evangelical or Catholic "progressive" tout his or her efforts to end the culture wars by creating a "common ground" position on abortion I will turn into the nonexistent irrational radical feminist extremist bitch they already think I am. And I actually believe in the search for common ground. But I believe in the search and in the process, which is an end in and of itself.

When people who disagree passionately on something important to them take the time to sit down and engage each other, good things happen. At a minimum, they find out the "other" is a human being, not the devil incarnate. Rarely do such efforts culminate in common ground on public policy and then only after years of very hard work. Multiple efforts to bring Israelis and Palestinians together haven't brought peace to the Middle East and the process of bringing an end to the "troubles" in Northern Ireland took forever. And when near moral absolutes clash, as they do on abortion, claiming you can end the cultural divide with a public policy prescription may actually be an obstacle to achieving more modest, but valuable, objectives. Even the convening power of the White House, which is holding a series of meetings with advocates and opponents of abortion, may come up short on results.

One of the problems with the current efforts, including those of the White House and aforementioned evangelicals and Catholics, is that too small a group decided on the components of common ground and is now trying to get others to "buy in" to a prepackaged conclusion. Those outside the White House who started the common ground ball rolling had some heavy-duty personal and political objectives fueling their efforts. Longtime old-style progressive religionists like Jim Wallis and social justice, peacenik Catholics joined forces with socially conscious megachurch pastors like Rick Warren and Joel Hunter. Some had always been aligned with the Democratic Party, others may have sensed they could have unique influence in a party sensitive about its polling weakness with weekly churchgoers. But they were also motivated by their values. To their credit, evangelicals in particular have moved closer to accepting that poverty, world hunger and the environment are moral issues, and on those positions they are more in line with the Democrats than the Republicans.

Abortion was the stumbling block. But the Democrats, stinging from the 2004 election debacle, were eager to accommodate. Left out of the deal, however, were women, whom the party has always taken for granted and whom the antiabortion evangelicals and Catholics consistently ignore.

Recognizing that they probably won't succeed in making abortion illegal, the Democrats' faith-based allies decided that they could still use their moral disapproval to shape policy. They asserted that the number of abortions that takes place in America constitutes a moral tragedy and called for initiatives that would reduce the number of abortions. According to their mind-set, this was common ground, an abortion-neutral prescription for ending the culture war.

But the common ground they had found was among themselves and themselves only; they just expected everyone else to agree. The arrogance in this has led not to a diminution of the culture war, but to a sharpening of the cultural divide. Had they bothered to consult people who know something about common ground, they might have actually found a way not to go to war even if they could not find a way to agree.

The Family Institute of Cambridge, Mass., got involved in common ground efforts in 1989. Laura Chasin, a family therapist at the institute, was watching a television debate on abortion and was struck by the similarity of the interactions between the debaters with those she observed in family therapy. She wondered if some of the techniques used to help families understand each other and interact in a healthy way could be applied to abortion.

Laura and her colleagues began a long-term project of citizen dialogues that brought together pro-choice and pro-life activists. I participated in a one-on-one dialogue that lasted a whole day with a pro-life scholar I respected and wanted to understand better. The Public Conversations Project, as it came to be called, took a giant step forward when, following the murder of two clinic workers in Boston in 1994, it led a five-year dialogue between local pro-choice and pro-life leaders. The dialogue was private and only publicized at the end of the five-year period. No one changed their mind about abortion; Chasin and colleagues were smart enough to know that was an unrealistic goal. Inflammatory rhetoric on both sides of the debate decreased, and there were no more incidents of violence, as the local leaders came to understand each other better. They spoke publicly in less demonizing ways, shedding light rather than heat. Chasin and her team had drawn another lesson from that television program about abortion; they were concerned about the observers of the debate as well as the participants. They figured if you could teach people who disagree viscerally to talk to each other civilly, viewers might actually get some good information from both sides and be able to make better decisions about their own beliefs. And maybe you could prevent a few murders.

Along the way the Public Conversation Project developed some guidelines for others who might want to improve the way we talk -- and think -- about abortion.

The president himself seems to welcome an open dialogue on abortion. As he said at Notre Dame: "I do not suggest that the debate surrounding abortion can or should go away ... But surely we can [make our case to the public] without reducing those with differing views to caricatures."

President Obama's Notre Dame speech demonstrates an understanding of common ground far closer to the modest, achievable and humble objectives of the Public Conversation Project than that of those evangelicals and Catholics who have handed down the answer to the abortion wars as if they were delivering the Ten Commandments to Moses. The PCP asks: "How do we support the wishes of participants to break free of the old patterns and experiment with new ways of thinking and relating." Again, in his Notre Dame speech, the president concurred when he suggested that we "cling to outworn prejudices and fear those who are unfamiliar." The PCP has designed conversations that answer the president's question about "how we work through these conflicts."

Perhaps most important, the PCP works quietly and does not toot its own horn, issue press releases or make extravagant claims. It assumes that participants have more complex views than their slogans or policy positions can reflect, and facilitates in safe and private spaces, the freedom to explore and admit your own doubts about your position.

Abortion opponents are quick to say that Roe cut off the conversation about abortion that the country needed to have to come to consensus. It would be tragic if in attempting to craft a legislative solution to our disagreements about abortion, we also cut off much needed thoughtful conversations. The president acknowledged in his other common ground speech in Cairo that change does not happen overnight. He said we must "say openly the things that are in our heart and that too often are only said behind closed doors."

Now, those in the administration who are leading the discussions on common ground need to take the president's words, and PCP's lessons, to heart. Right now, meetings are going on behind closed doors in the White House among people who disagree about abortion and family planning and sexual morality. Reports from participants make clear that they are not structured in ways that enable people to say what is on their minds and safely pursue disagreements or really engage the "other." This is an enormous lost opportunity. Someone in the White House needs to pick up the phone and talk to people who know how to help people have tough conversations without killing each other. Call 617-923-1216 (the Public Conversations Project) and ask to speak with a family therapist.