A teen book burns at the stake

A Christian group hopes to set fire to library copies of Francesca Lia Block's novel about a gay boy coming of age. 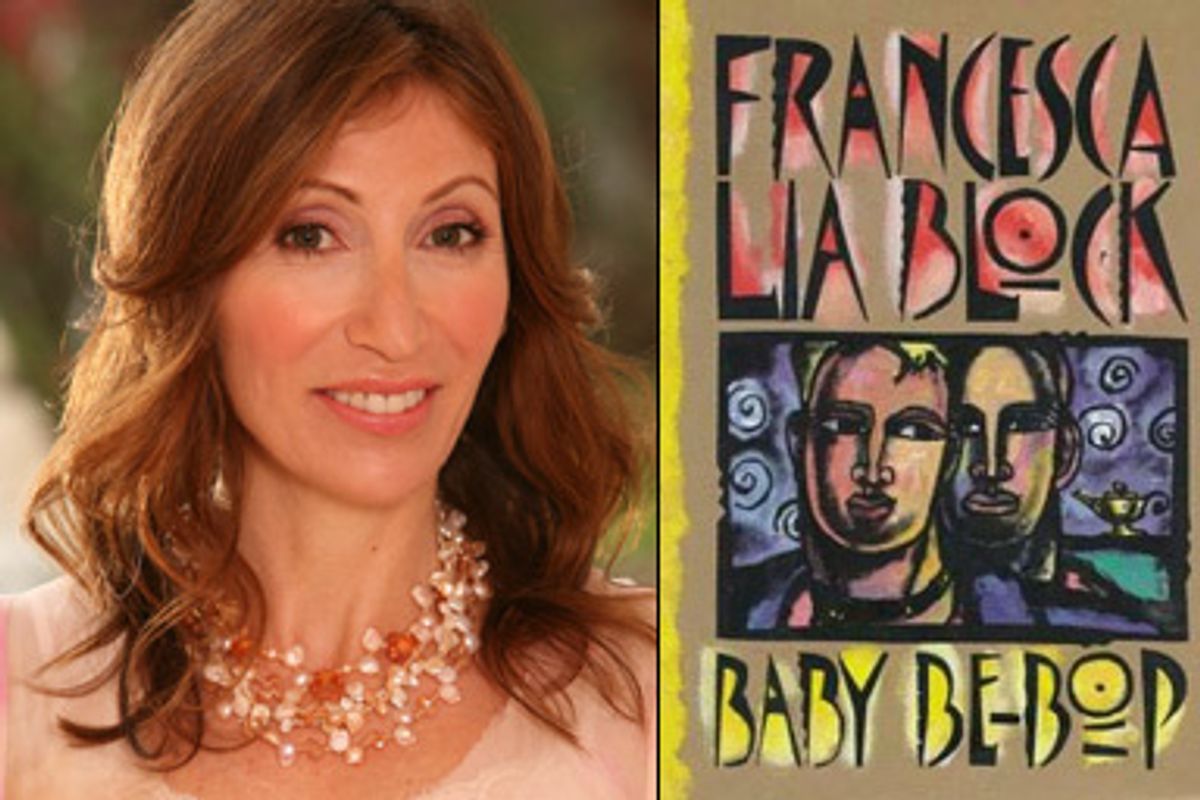 Francesca Lia Block, an award-winning author of young-adult books (the "Weetzie Bat" series among them), has known for a while now that one of her novels, "Baby Be-Bop" is at the center of a controversy in West Bend, Wis.

A few days ago, she found out that it might be burned at the stake. "Baby Be-Bop" is on a list of titles that a local group calling itself the West Bend Citizens for Safe Libraries objects to seeing in the public library. In February, the group asked the library's board to remove a page of recommended titles about gay and lesbian issues for young people (including "Baby Be-Bop") from the library's Web site. Then they demanded that the books be moved from the youth section of the library and placed with the adult collection, "to protect children from accessing them without their parents' knowledge and supervision."

"My publisher brushed it off at first," Block said, "but now it's starting to look really serious." When the board refused to immediately comply with the requests of West Bend Citizens for Safe Libraries, the town's common council voted not to renew the contracts of four recalcitrant board members. A second group, West Bend Parents for Free Speech, formed to oppose the plan to segregate the books.

At a June 3 public hearing, the library board received two petitions (700 signatures supporting the restriction, 1,000 opposed) on the issue and listened to dozens of statements (you can see video of some of the statements here.) Then it voted unanimously to leave the books where they are.

But the controversy isn't over. Now an outfit called the Christian Civil Liberties Union has gotten in on the act, suing the library for, according to the West Bend Daily News, "damaging" the "mental and emotional well-being" of several individuals by displaying "Baby Be-Bop" in the library. Since attempts to label the novel as "pornographic" have failed, the (somewhat shadowy) CCLU hopes to brand it as hate speech, in part because it contains the word "nigger." The complainants, described as "elderly" by the newspaper, claim that Block's novel is "explicitly vulgar, racial [sic] and anti-Christian." They want the library's copy not only removed but publicly burned.

"Baby Be-Bop," a title from the Weetzie Bat series that describes the youth of Weetzie's best friend, Dirk, is, in Block's words, "a very sweet, simple, coming-of-age story about a young man's discovery that he's gay." Dirk is beaten by gay bashers but steadfastly clings to the possibility of finding love. Block finds the disingenuous charges of racism particularly distressing. "Obviously I use those words, including 'faggot,' which is also in the book, to expose racism and homophobia, not promote it," she said. "It's a tiny little book," she added, "but they want to burn it like a witch."

"I'd like to show my support for the librarians with any statement I can make," she said "They're the unsung heroes in our society. My brother works on a hotline for gay youth and every night he's talking people down from suicide because they're gay and they're not accepted by the communities they're in."