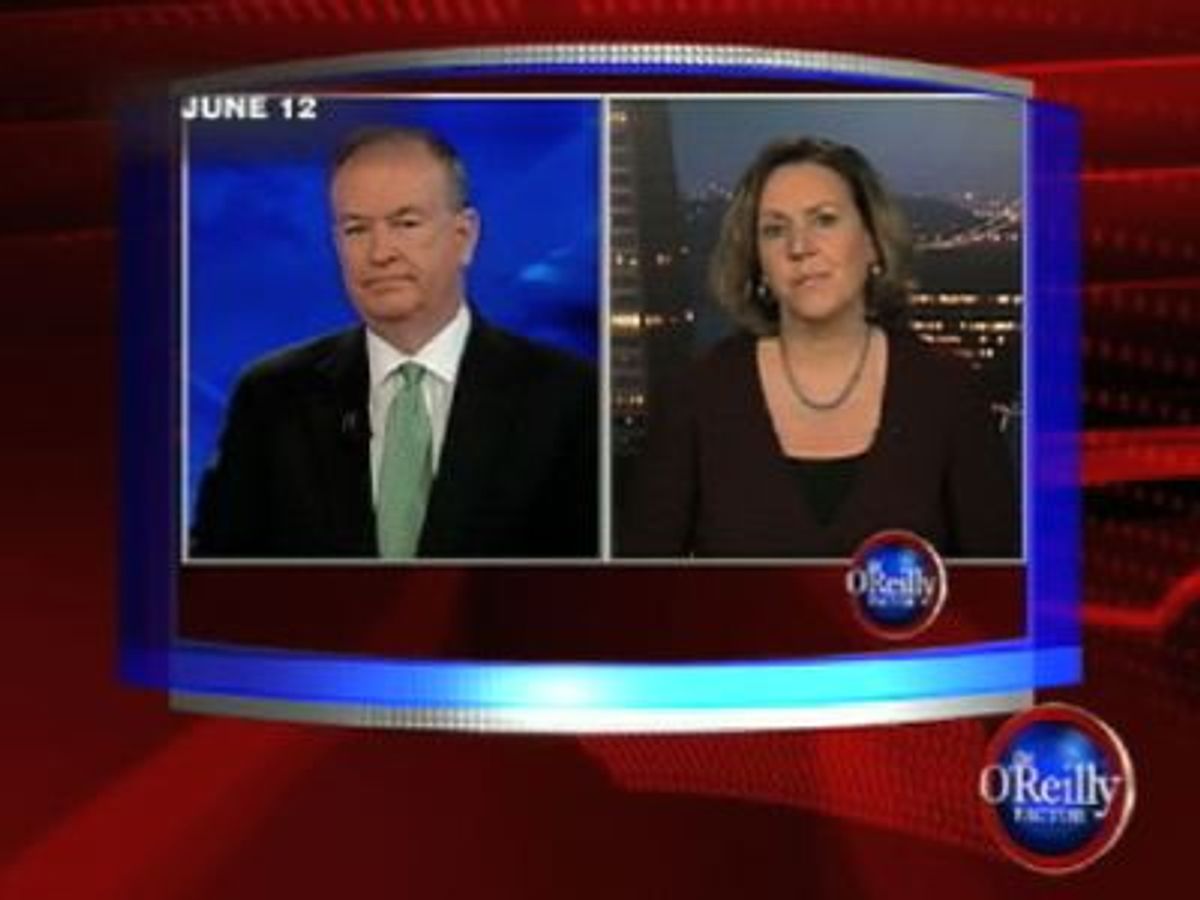 Salon's editor in chief Joan Walsh went on "The O'Reilly Factor" on Friday to confront the man who continues to campaign against the late Dr. George Tiller. Gawker declared her appearance a tutorial on "how to crush Bill O'Reilly" -- but Fox knows that's nothing a little editing can't fix!

On Monday's "Factor," Fox aired a creatively edited recap, which showed O'Reilly doggedly grilling Walsh about whether late-term fetuses deserve any rights. Left on the cutting-room floor was all evidence of O'Reilly's fist-shaking, red-faced tantrum. After the clip rolled, O'Reilly added for emphasis that the debate focused on "casual executions of late-term viable fetuses" and "destroying human life for trivial reasons" -- which is not at all the case.

Well, sir, two can play at that game. Open Salon has kicked off a contest to see who can create the best O'Reilly remix video. I'm sure Fox won't mind: It is the fair and balanced thing to do, after all. Click here for instructions on how to play, and check out O'Reilly's cut below.