The bad science and special effects of "Impact" are hurtling toward your TV this summer. Be afraid, be very afraid! 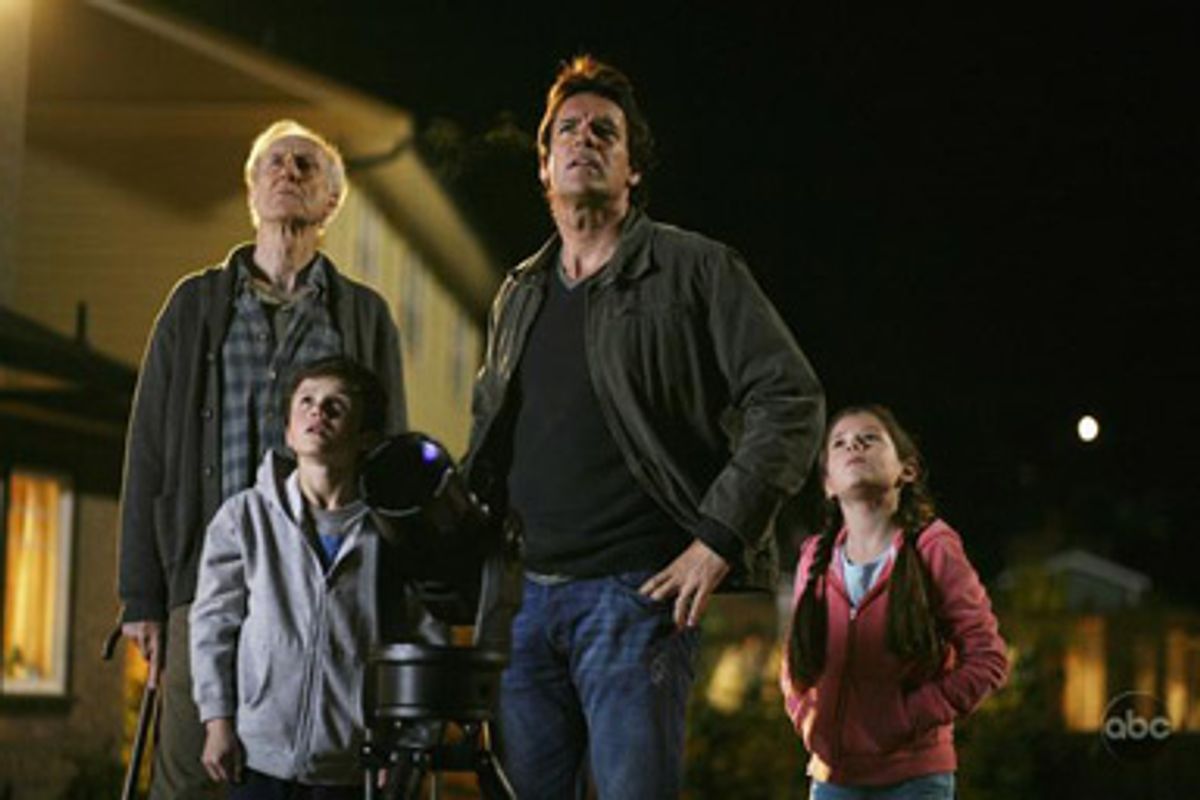 I love apocalyptic television. From the awkward dialogue to the terrible CGI effects to the "Let's fall in love/resolve our differences while the world ends" relationship scenarios, End Times TV makes me feel warm and nostalgic inside. Like a giant glazed doughnut for the soul, disaster TV allows us to savor the supreme stupidity of it all and feel grateful that planet Earth isn't imploding or exploding or spinning straight into the sun.

The real question is, why can't any of these highly paid screenwriters come up with more creative ways for the world to end? Giant meteors have come tumbling toward the Earth so many times before, in "Meteor," "Deep Impact," "Comet Impact," "Asteroid" and "Armageddon," but that didn't stop network executives from sending two more big, dumb hunks of rock plunging into the dark void of summer TV: ABC's "Impact" and NBC's "Meteor." (NBC finds the genre so compelling, it's airing a series of disaster movies this summer and calling it "Survival Sundays.")

"Mr. President, there's been a new development," an anxious chief of staff tells the president in ABC's "Impact" (the two-part movie premieres 9 p.m. Sunday, June 21, and Sunday, June 28) when she finds out about the threat unfolding in the skies above. "This should get you up to speed," she adds, handing him a copy of "Armageddon." Just kidding. No, instead of skimming over the bad science here, the writers chose to belabor it every step of the way, presumably so we can get a clear snapshot of just how dumb they are.

I won't give away any major plot points, but basically a huge meteor comes flying toward Earth and crashes into the moon, and the side effects are felt for many days afterward --  many long, mind-numbingly boring days. Yes, there are a few random action sequences, but the mounting catastrophes feel like a lukewarm side dish to the big, bland entree of "Impact," a stunningly slow, arduous journey through flat dialogue and idiotic astronomy.

Yes, that's right. Instead of watching stuff exploding and cars getting crushed and crowds of people running for their lives, the first two hours of "Impact" are dominated by scenes where so-called experts call other so-called experts to have terrible conversations about brown dwarfs and mass and gravity. The whole thing is a lot like watching a classroom full of slow children making haphazard guesses at how the universe works. Of course, every few minutes someone needs to say something to cover the screenwriters' obvious holes, like "But that makes no sense!" or "Why, that defies everything we know about the laws of gravity (which admittedly isn't much)!" or "That's utterly impossible and only could've been dreamed up by a really bad TV screenwriter with mouths to feed!"

And then, some other character invariably responds, "I know, it's crazy, but what about this day hasn't been crazy so far?" or "True, it seems impossible, but we have to throw out everything we know about gravity, because ... well, because otherwise nothing really cool and scary would happen and we'd have no way to fill up four hours the way ABC wants us to."

Some of the lines are stupid enough to be instant classics, the sorts of endlessly quotable zingers that make the whole viewing experience worthwhile: "We have no other choice, sir. You can't hide from gravity!"

"Look, I can't even answer the questions on 'Are You Smarter Than a Fifth Grader,' but even I know the moon is not capable of manipulating gravity at this level." (Yes, that's an actual line from the movie, by the chief of staff, no less.)

"We are a part of something here that's going to be written about in the same context as Newton and Einstein. I know you don't want to miss out on that!"

"Science has very much come under question these last few days. But, it's all I have."

Oddly enough, most of these very pressing and important conversations take place in the sort of casual, relaxed manner of a bunch of people at an office meeting, trying to decide what to order in for lunch. Pairs of scientist characters actually leave the central control room, with its big maps and computer screens and flashing lights, and go sip wine in a restaurant, or toss back a few drinks at a bar. Then the lights flicker on and off like they might to signal the end of intermission at the opera, and one character turns and calmly says to the other (and this is another actual quote), "What do you say we go back to work and try and find some answers?" Gee, Pa, that sounds like a swell idea!

The special effects are ... well, do you remember "Escape to Witch Mountain"? There's a scene in "Impact" where Grandpa is driving the kids through the countryside and his car loses control and starts floating up, up, up as everyone is screaming "Oh nooo!" It's all so very Mary Poppins, it's easy to forget that the world is about to end.

But maybe that's the point! Unlike the herd of disaster movies that came before it, "Impact" is designed to show us that, despite our worries about meeting a quick and unexpected end, a global catastrophe is likely to be about as long-winded and tedious as a bad Stephen King novel. There will be plenty of time to sip wine, and troll the Internet, and sigh deeply, and stare into the middle distance.

Or we'll just disappear in an instant, and no one will have time to yell, "You can't hide from gravity!" before the lights go out. After witnessing the alternative, let's just pray that the gods could be so merciful.