Bacardi says an overweight pal, and one of their fruity drinks, will make you look great 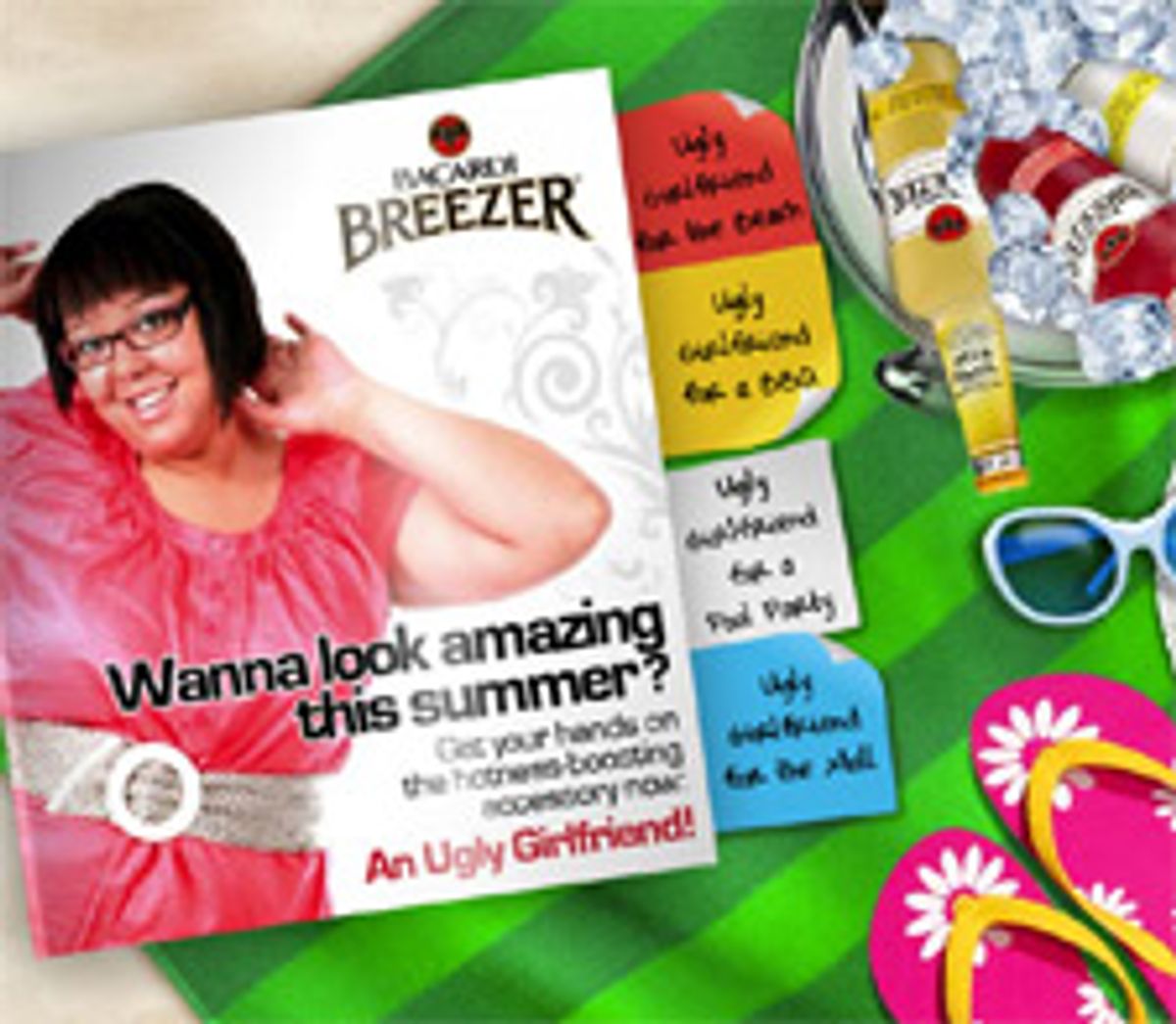 Forget hitting the treadmill or the tanning bed in hopes of looking hot this summer, because Bacardi has discovered a secret shortcut to sexiness: An ugly female friend. If you make your beach premiere with an unattractive pal in tow, you'll look fantastic ... in comparison!

Such is the advice given in an ad campaign (via Copyranter) recently launched in Tel Aviv for Bacardi's girly Breezer drinks. The official Web site is in Hebrew, but -- lucky for us, and too bad for Bacardi -- the ad agency has an English version on its site. It offers up the prime ugly pal for four different summer scenarios: An ocean-side stroll is best done with Sally, who is "97 kilograms of femininity, strength and double chins." Daisy, however, is a better choice for a BBQ: "Watching your weight? One look at [her] pimpled shoulders, and your appetite is gone!" Wendy, with her "horse-like features, a noticeable limp and super active sweat glands," makes for the ideal companion for a dip in the pool. And, finally, there's Lucy, "your own freckled pile of cellulite," perfect for trips to the mall.

So, I wonder, will this insult-the-customer tactic work? After all, the "ugly girlfriends" aren't the only ones being put down, it's also the not-so-attractive women who need "ugly girlfriends" -- and a Bacardi Breezer, presumably -- to make them look OK in these summer months. One thing is for sure: Bacardi ain't looking so hot these days.

Update: I just received an e-mail from Bacardi's public relations folks, which reads: "Bacardi proudly celebrates diversity and we do not endorse the views of this [advertisement]. We sincerely apologize to anyone who was offended by this site and thank you for bringing it to our attention." The Web site has been shut down, too.