Ayatollah Khamenei warns protesters to stay off the streets 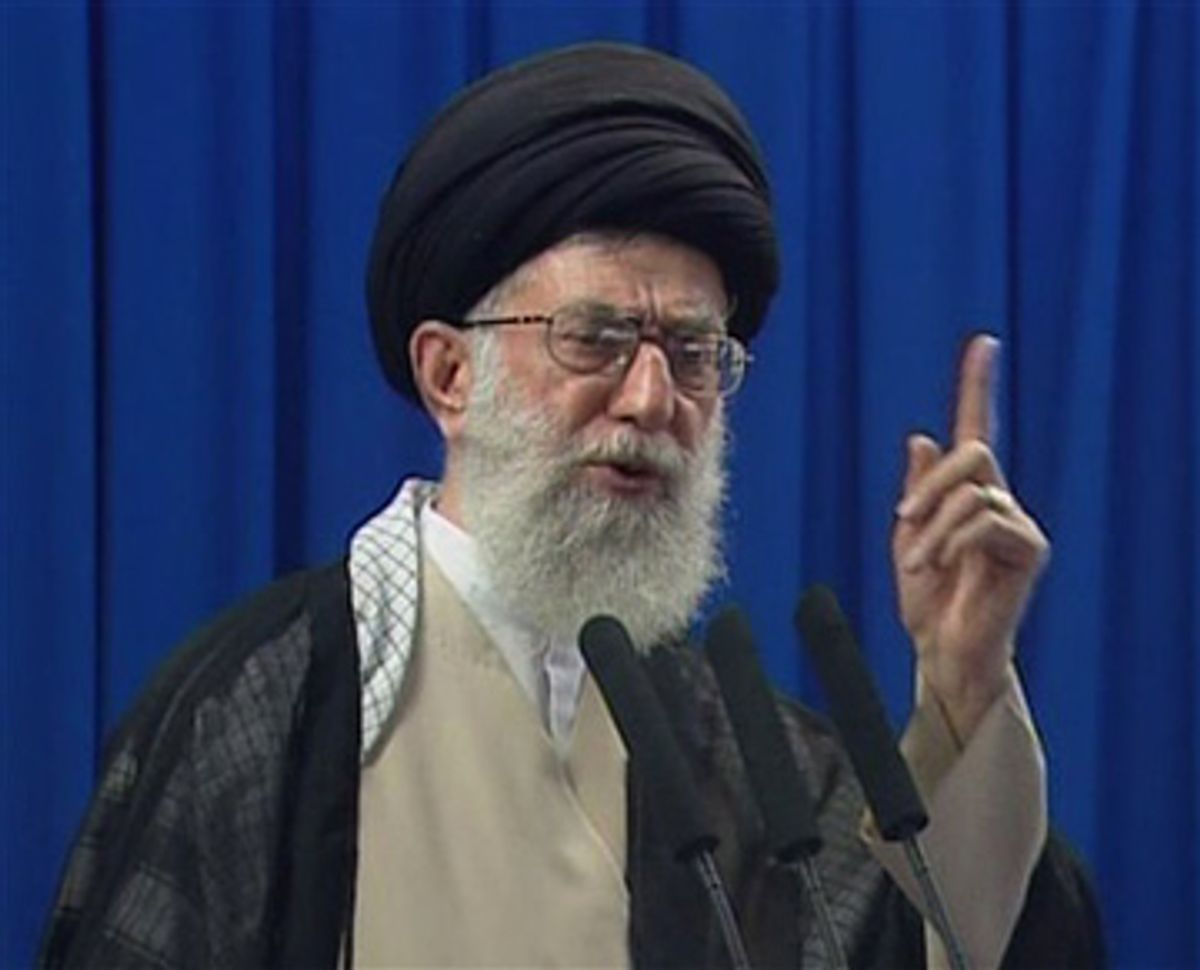 Khamenei spoke sternly and warned protesters to stay off the streets. He said the election reflected the decision of the Iranian people. “Street challenge is not acceptable,” Khamenei said. “This is challenging democracy after the elections.” He warned that opposition leaders and supporters of apparently defeated challenger Mir Hussein Mousavi would be “held responsible for chaos” if the protests continued.

President Mahmoud Ahmadinejad was in the audience for the speech, during which Khamenei said that the 11 million vote differential between Ahmadinejad and Mousavi indicates that there was no voter fraud. Describing the elections as "historic," Khamenei said, “The Islamic republic state would not cheat and would not betray the vote of the people.”

There was no immediate response to Khamenei's speech from Mousavi or his supporters.

The speech came as paramilitaries known as Basijis, who are loyal to Ahmadinejad, announced that they were going to take to the streets Friday to directly confront those protesting Friday's election results. The Basijis have links to Hezbollah.