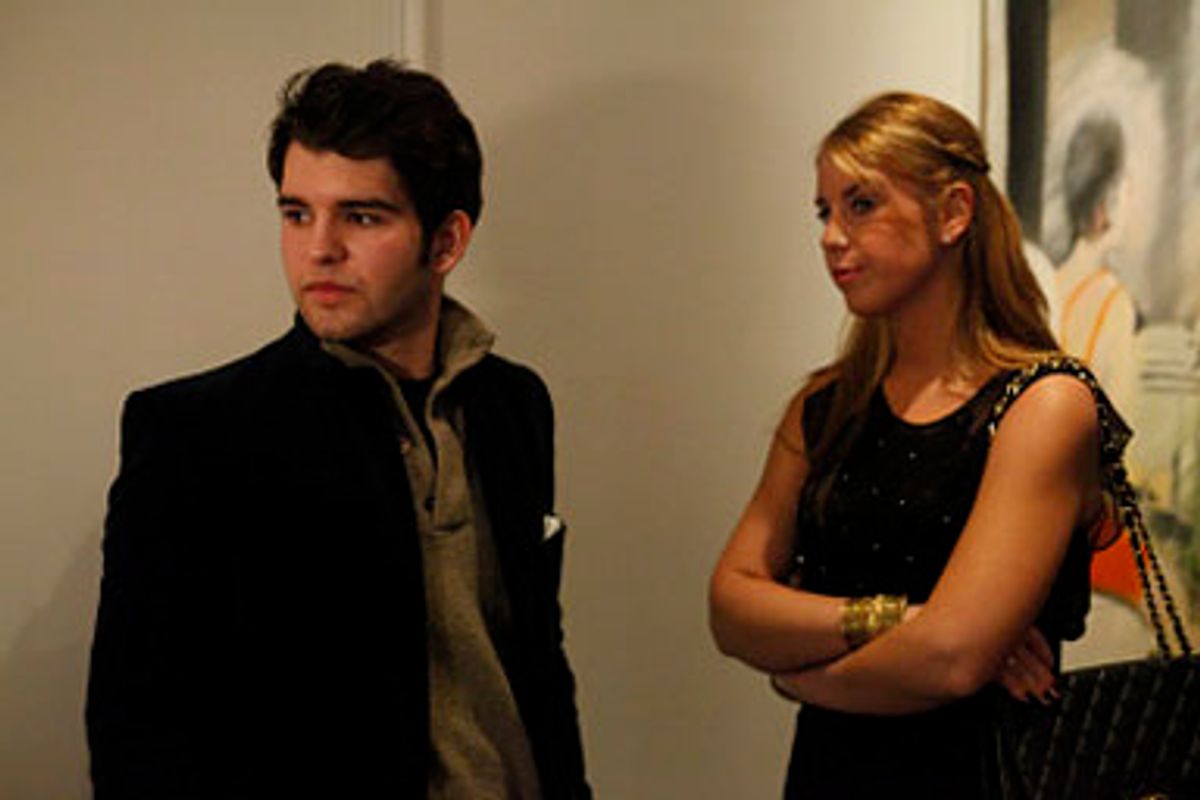 Certain television shows feel like isolated sociocultural artifacts of their times: "Battle of the Network Stars." "Rowan and Martin's Laugh-In." "The ABC Afterschool Special." "The Day After." "Match Game." Likewise, by the end of its first episode, Bravo's "NYC Prep" (premieres 10 p.m. Tuesday, June 23) seems destined to haunt us from the dusty shelves of television history, summing up the sick fixation with youth and status that infected our souls at the twilight of America's golden age.

Like public guillotining or foot binding, our obsession with rich teenagers will baffle future scholars as an extreme reflection of our culture's deepest streaks of envy and self-loathing. Just as we once might have satisfied our vengeful side by witnessing public executions, we now expunge our anxiety over striving but never reaching the top with these unnervingly insipid portraits of half-formed humans pickled in the poisoning influences of extreme wealth. "NYC Prep" is the reality version of "Gossip Girl" for those who take "Gossip Girl" a little too seriously -- and don't mind that real prep school kids are far less witty and fascinating than the scripted ones.

"It's kind of disgusting how much money some people have," PC, an 18-year-old with an unfortunate habit of turning his collar up, informs us in the clenched tone of sophistication adopted by someone who's deeply conflicted about the legitimacy of his own swagger. "People want to strive and kind of act like an asshole and flash their money ... Yeah, I feel bad for the people who can't have that." This kid's words might not interest us in the slightest, if he didn't bear such an uncanny resemblance to every fatuous blowhard we've ever had the misfortune of being paid good money to feign respect for. But this is how we have the last laugh: We roll back the tape to when our conceited manager was a fledgling windbag just beginning to strut and puff out his chest, then play it back with a clown music soundtrack. In the age of reality TV, our vengeance is exacted in the darkness of the editing room, sipping lattes and giggling along with editors as spiteful and disempowered as we are.

"So tonight it's really, really important that I network and meet all these people," PC's closest friend, Jessie, says of a fashion event she's attending. In case you're wondering how some of your peers miraculously found success seconds after graduating from college, Jessie offers one clue: Many of them started sniffing out important contacts in high school and college and then powered ahead with their careers in their early 20s -- you know, back when you were powering through Jagermeister shots?

In addition to being irritatingly ambitious for a teenager, Jessie appears to have a big crush on PC, with whom she has a romantic past. But in the hopelessly brutal math of teenage relations, apparently Jessie is no longer cute enough to win PC's heart. Instead, he chases younger, less outspoken girls like Kelli, a 16-year-old who lives in a lush Manhattan apartment with her 18-year-old brother while her parents live in the Hamptons, checking in only occasionally to see if their children are still alive. Who wouldn't instantly resent and pity these people, who can't be bothered to raise their own kids, leaving it to the service industry professionals of NYC -- boutique clerks, restaurant delivery people, spa attendants, prep school administrators -- to do it for them?

And yet, who wouldn't instantly envy these people, who luxuriate in their vacation home while their irritating teenagers sift out their petty troubles on an overpopulated island far, far away? "NYC Prep" drags out the people we know just well enough to recognize that they're very, very different from us -- that grandstanding thug at work, the chick down the hall in college with the tennis courts in her backyard, the ex-girlfriend's spouse who speaks four languages and summers in Martha's Vineyard -- and shows us why they're so different. We ogle their many advantages and indulgences, then soothe ourselves with how twisted and pitiable they are, swimming in such a toxic, decadent, big-city marinade. We already know that they turned out wrong, but now we know why.

Of course, if we're watching, we turned out wrong, too. History will judge us just as badly, but that doesn't mean we can choose differently. At this media-saturated juncture, turning off our TVs and walking out into the woods would feel tantamount to burying our heads in the sand. In the age of Twitter, Walden Pond is just as bad as the Hamptons, when viewed through the appropriately warped lens.