At a press conference, the president takes his strongest stance yet on the conflict in Iran 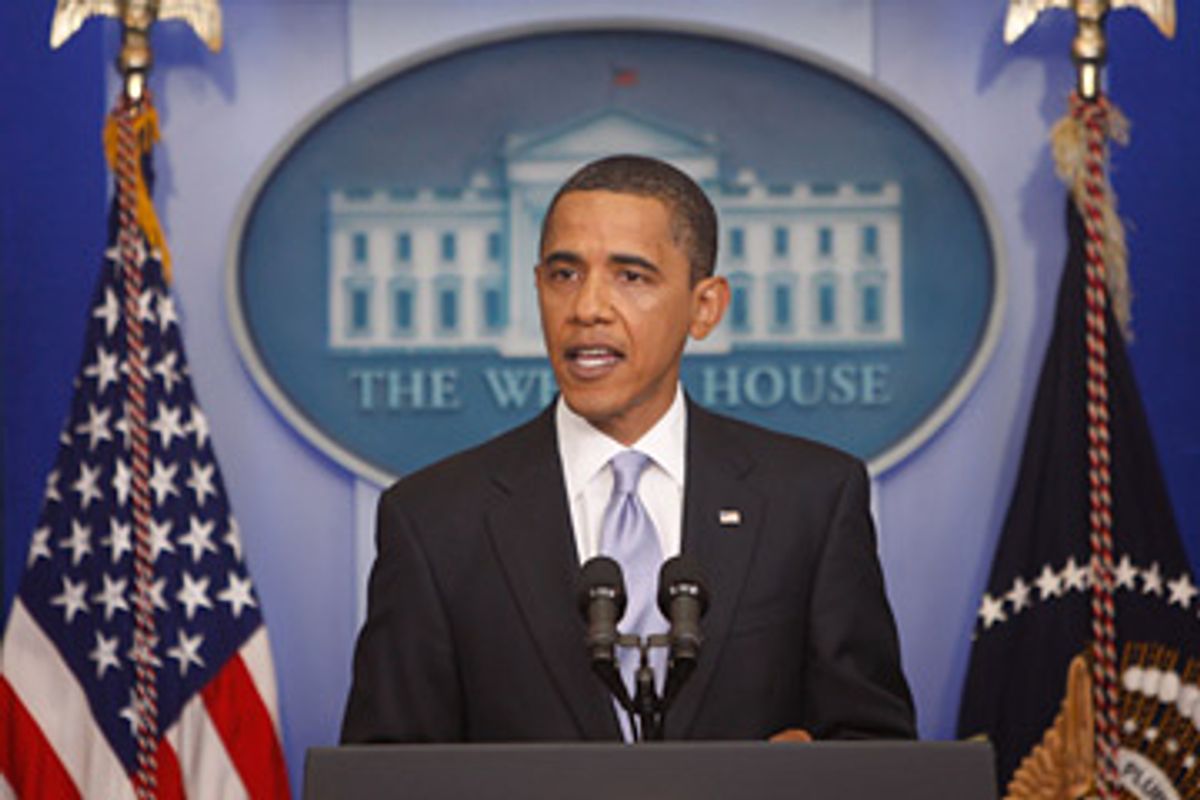 President Obama makes opening remarks at a news conference at the White House on Tuesday.

Critics of President Obama's stance on Iran have been, for some time now, saying he should condemn the government's actions and come down more forcefully on the side of the protesters. Until Tuesday, he'd been resisting that call, though he'd been leaning more and more toward it in his statements as the conflict continued. In a press conference Tuesday afternoon, however, Obama began with a statement in which he did condemn Iran's government for the violence.

The statement, as prepared for delivery:

I’d like to say a few words about the situation in Iran. The United States and the international community have been appalled and outraged by the threats, beatings, and imprisonments of the last few days. I strongly condemn these unjust actions, and I join with the American people in mourning each and every innocent life that is lost.

I have made it clear that the United States respects the sovereignty of the Islamic Republic of Iran, and is not at all interfering in Iran’s affairs. But we must also bear witness to the courage and dignity of the Iranian people, and to a remarkable opening within Iranian society. And we deplore violence against innocent civilians anywhere that it takes place.

The Iranian people are trying to have a debate about their future. Some in the Iranian government are trying to avoid that debate by accusing the United States and others outside of Iran of instigating protests over the elections. These accusations are patently false and absurd. They are an obvious attempt to distract people from what is truly taking place within Iran’s borders. This tired strategy of using old tensions to scapegoat other countries won’t work anymore in Iran. This is not about the United States and the West; this is about the people of Iran, and the future that they -- and only they -- will choose.

The Iranian people can speak for themselves. That is precisely what has happened these last few days. In 2009, no iron fist is strong enough to shut off the world from bearing witness to the peaceful pursuit of justice. Despite the Iranian government’s efforts to expel journalists and isolate itself, powerful images and poignant words have made their way to us through cell phones and computers, and so we have watched what the Iranian people are doing.

This is what we have witnessed. We have seen the timeless dignity of tens of thousands Iranians marching in silence. We have seen people of all ages risk everything to insist that their votes are counted and their voices heard. Above all, we have seen courageous women stand up to brutality and threats, and we have experienced the searing image of a woman bleeding to death on the streets. While this loss is raw and painful, we also know this: those who stand up for justice are always on the right side of history.

As I said in Cairo, suppressing ideas never succeeds in making them go away. The Iranian people have a universal right to assembly and free speech. If the Iranian government seeks the respect of the international community, it must respect those rights, and heed the will of its own people. It must govern through consent, not coercion. That is what Iran’s own people are calling for, and the Iranian people will ultimately judge the actions of their own government.