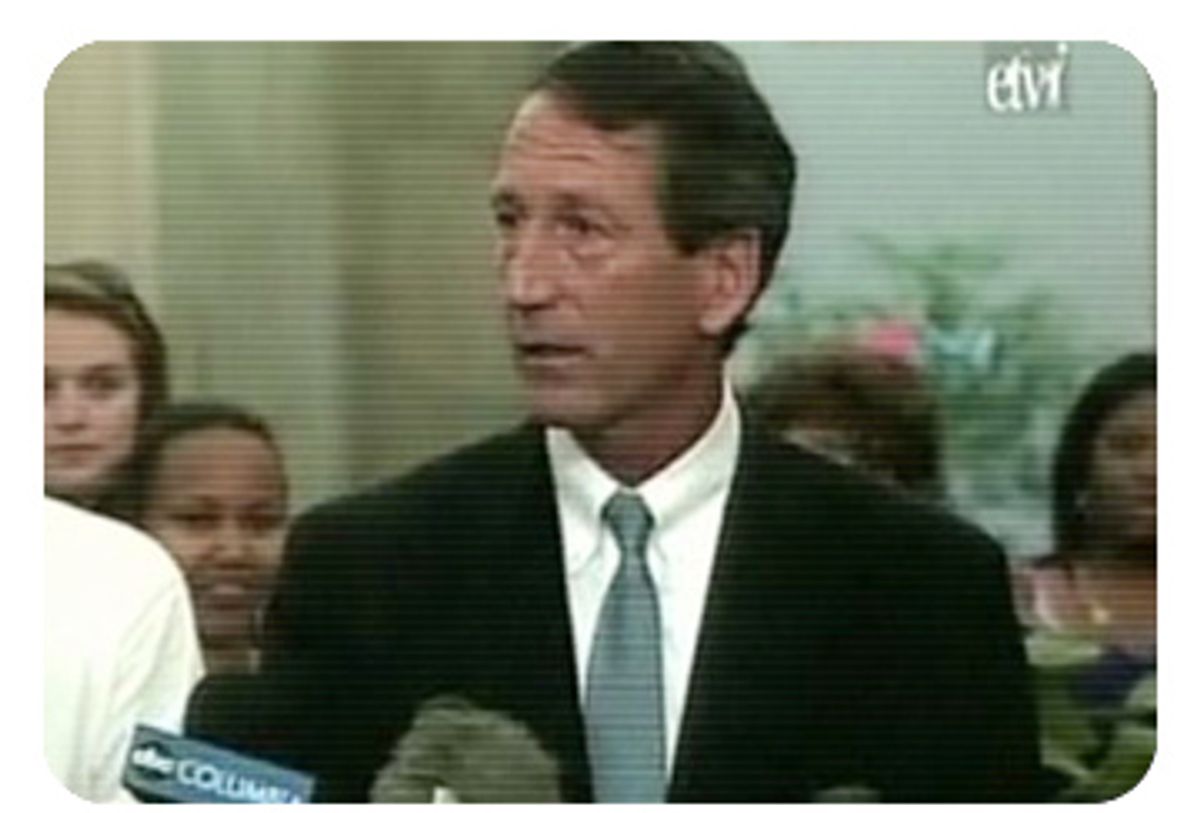 South Carolina Gov. Mark Sanford's press conference Wednesday afternoon was just one more piece in an already strange tale. In a rambling statement during which he teared up at times, Sanford apologized to everyone possible: his wife and children, his staff, the people of South Carolina, the press.

Then he got around to the point: "The bottom line is this: I've been unfaithful to my wife. I developed a relationship with what started as a dear, dear friend from Argentina."

As part of that admission, Sanford also announced that he will resign as chairman of the Republican Governor's Association in order to have time to reconcile with his family and with South Carolinians.

One thought: Sanford's repeated invocation of "moral absolutes" and "God's laws" doesn't seem like an accident here. Though Sanford rambled during that part of his address, and made it come off as slightly odd, it may actually help him quite a bit. The tale of someone who's fallen, then realized his sin and asked for forgiveness, is popular in the evangelical community, and plays well in that segment of the GOP base. Think Jimmy Swaggart, Jim Bakker -- even Bristol Palin's pregnancy last year got played in a similar fashion.

Still, whatever appeal that has, it probably won't be enough to save Sanford's hopes of winning the Republican presidential nomination in 2012, something that seems very unlikely now.