Where no cellphones can reach

In this age of instant e-mail and ubiquitous BlackBerrys, is it possible to disconnect completely? 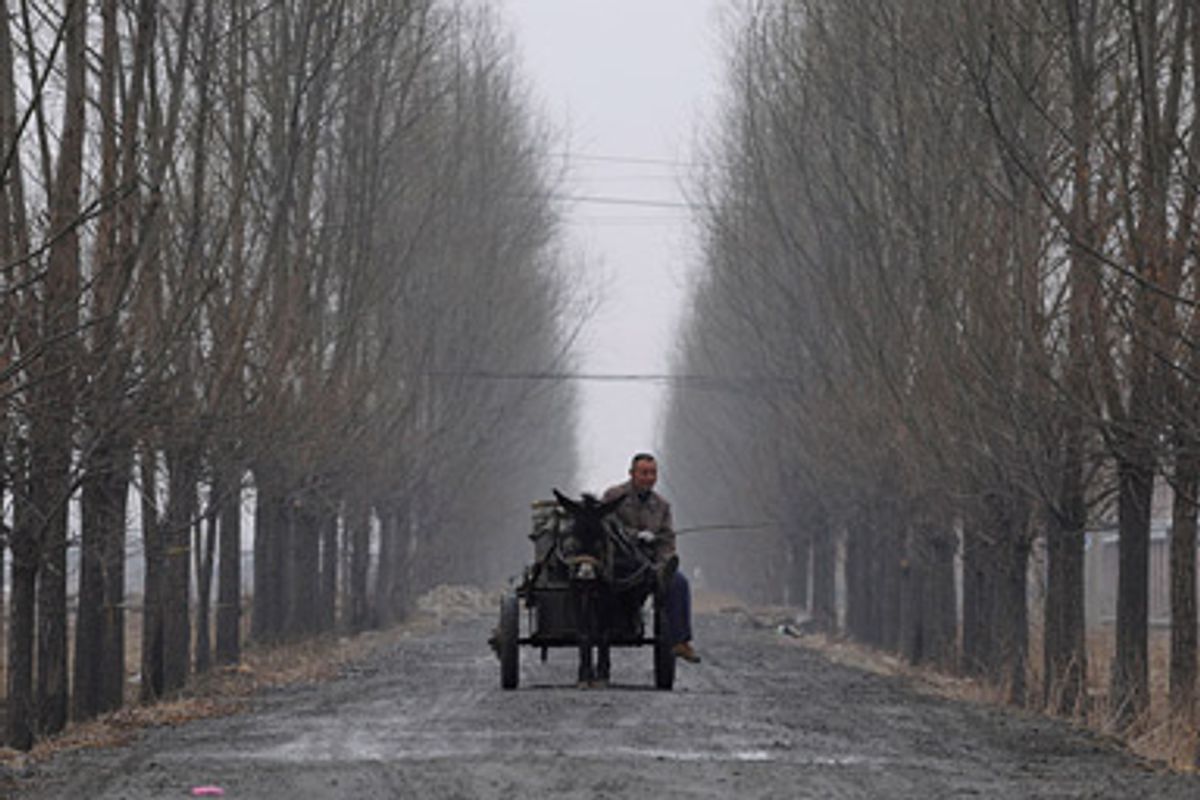 A farmer rides on a donkey cart on the outskirts of Changzhi, Shanxi province March 4, 2009.
--

As you read this, I am somewhere in rural China, probably disoriented, perhaps eating a fish eye, and certainly not paying attention to the news. This column was the last thing I wrote before embarking on what's become an all-too-rare experiment in human life: I decided to see what will happen when I go fully off the grid.

Because I am completely cut off, you cannot call or text me from your phone; you cannot IM, Friend or Tweet me from your computer; and you cannot message me via my avatar on Xbox Live. You cannot even e-mail me or leave me a voice mail -- my mailboxes tell you that all messages are being deleted, and that you will have to recontact me when I'm back. (Legend has it that Napoleon waited until he received two letters to respond to requests, figuring that most problems become moot in the interim -- I guess I'll find out if he is right.)

The prospect of going technologically cold turkey was daunting for me, one of millions of information junkies now hooked on connectivity. I vaguely recall a life without cellphones and computers (well, other than Nintendo), but my addiction has clouded that memory in sepia tones, making it seem a century ago. And so as I prepared for my current plunge into information deprivation, I felt like I was readying for a journey in a time-traveling DeLorean.

I can't tell you whether I'm enjoying my isolation in the Middle Kingdom or going crazy from it -- as mentioned, I wrote this column just before leaving. But I do know that the pre-travel fear about cutting off is neither unique to me nor healthy.

Today's Internet and technology revolutions have been rightfully celebrated for improving everything from education to medicine to commerce. We understand these benefits well -- hell, we have magazines and blogs and RSS feeds and pornstachioed triumphalists like Tom Friedman constantly telling us how great it is that the revolution is being YouTubed. We don't, however, consider the psychological and societal consequences of the revolution's radical notion that always being connected and available is a necessity.

Don't pretend you don't know what I'm talking about. It's that urge to answer your cellphone in the middle of a family dinner, that impulse to check your e-mail before going to bed, knowing your boss expects you to. It's the urge to text message a business colleague while driving -- a problem so prevalent and dangerous that state legislatures are outlawing such behavior. And it's that reaction you get when telling people you don't have a Facebook page or a BlackBerry -- that disgustedly stunned look as if you said your name is Fred Flintstone. The expectation is that you are -- and must be -- on the grid at all times.

Though we don't talk about it much, it's obvious that this rewiring of expectations will inevitably come with consequences for, among other things, families, interpersonal relationships, psychological stability and work. It becomes difficult to conduct face-to-face interpersonal relationships while Twittering, hard to find inner calm with a perpetually buzzing cellphone, and nearly impossible to be productive at a job when bombarded by e-mails all day.

That's probably only the half of it, too -- nobody really knows the full ramifications of hyperconnectivity. Either way, I hope my Chinese experiment gives me some deeper insight into the phenomenon, just like I hope the fish eye I'm likely slurping down right now tastes good. I'll certainly let you know via Twitter, Facebook and e-mail. But not until I get back on the grid in a few weeks.

And (as I keep having to remind myself) that delay is actually OK.