The drum roll begins for another round of government spending. But a Congress terrified of deficits won't budge 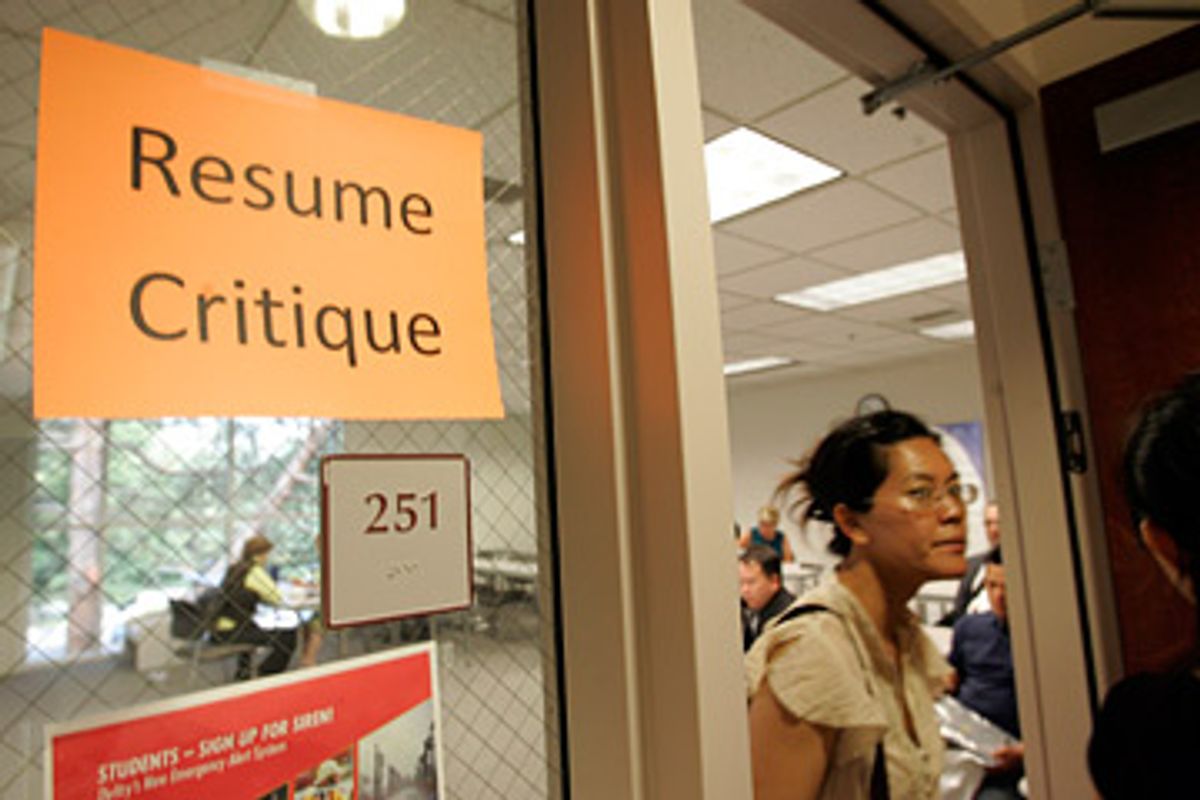 There is no question: When Vice President Joe Biden said on ABC's "This Week" on Sunday that "we and everyone else misread the economy," he was wrong. Totally wrong. Indisputably wrong. As Sam Stein documents in the Huffington Post, a slew of commentators, generally from the left, scoffed at the Obama administration's optimistic scenarios for job growth and economic recovery. As Paul Krugman never tires of telling us, he told us so. Unemployment may be rising much faster than the administration predicted, but that does not mean everyone is shocked.

What isn't getting mentioned, however, as the debate starts to simmer about whether the newest unemployment figures demand a second round of stimulus spending, is that before the Obama administration turned optimistic, it was pessimistic. In both his acceptance speech and inaugural address, Obama painted the state of the economy in dark terms, warning that we were facing "the worst financial crisis in a century" and that clawing our way out of the mess would not happen "in a short span of time." Indeed, he was criticized, back in February, for taking too gloomy a tone, for talking down the economy, as he attempted to drum up popular support for the stimulus bill.

The shift from "worst financial crisis in a century" to green-shoots-everywhere-one-looks is a natural process for a politician shifting from campaigning to governing. If you believe in the "animal spirits" theory of capitalism, you don't want the president relentlessly telling everyone how bad things are and thus further discouraging citizens from engaging in economic activity. The political calculus was also obvious: The Obama administration wanted to get a stimulus bill passed quickly and without a huge fight, so it could move expeditiously forward on its other priorities -- most notably: healthcare and climate change. I'd like to see Paul Krugman address this scenario: If Obama had expended every bit of political capital he could muster getting a bigger stimulus bill passed, what then would be the prospects for healthcare reform or an energy bill? In the long run, one could argue that achieving the latter two goals is more important than smoothing out the ups and downs of the business cycle.

But even if Obama had gotten a bigger stimulus bill passed, we'd still be in pretty much the same shape we are now, because bigger doesn't by any means imply faster. And most of the stimulus money that has been approved hasn't been spent yet.

Krugman et al. argue that the delay between the passage of a stimulus bill and its effective implementation is exactly why we should be pushing for a second stimulus right now -- because a second stimulus won't kick in for a long time, either. He's right, again. But just as he did the first time around, he's ignoring the political realities of the moment. We weren't ever going to get a really big stimulus bill the first time around, no matter how hard Obama tried, because the numbers just didn't add up in the Senate -- whether one is counting the handful of moderate Republicans or the larger caucus of conservative Democrats. This was not the complaisant Congress that Franklin Roosevelt faced.

And that same calculus holds true right now -- even more so. There is no way a second stimulus bill could get any traction in today's Congress -- in a climate where worries (however misplaced) about deficit spending and possible future inflation are much more front and center than they were in February. Congress will only move when forced to by further deterioration of the economy that can't be ignored.

Which puts us in a classic Catch-22. There will be no political will to engage in the aggressive government spending necessary to thwart the ongoing contraction until it is too late. This raises all kinds of interesting questions as we start to approach the midterm elections. Because by then, it will be Obama's economy, politically speaking, no matter how much of it was really "inherited."

There is, however, one interesting possibility, raised by Menzie Chinn at Econbrowser today. It is still possible to interpret some of the economic data as suggesting that the recession is near or at a temporary bottom. Monday's data on service industry contraction, for example, suggests that non-manufacturing business activity, which makes up 90 percent of the U.S. economy, is on the verge of expansion. That doesn't mean a strong recovery is guaranteed -- numerous forecasters are projecting that whatever respite we get will be short-lived, and the economy could dip again in 2010.

But if that happens, suggests Chinn, the dip will be coming at precisely the moment when the bulk of the stimulus money that has already been authorized will be hitting the economy. Which, one could argue, would be exactly when it would be most timely.