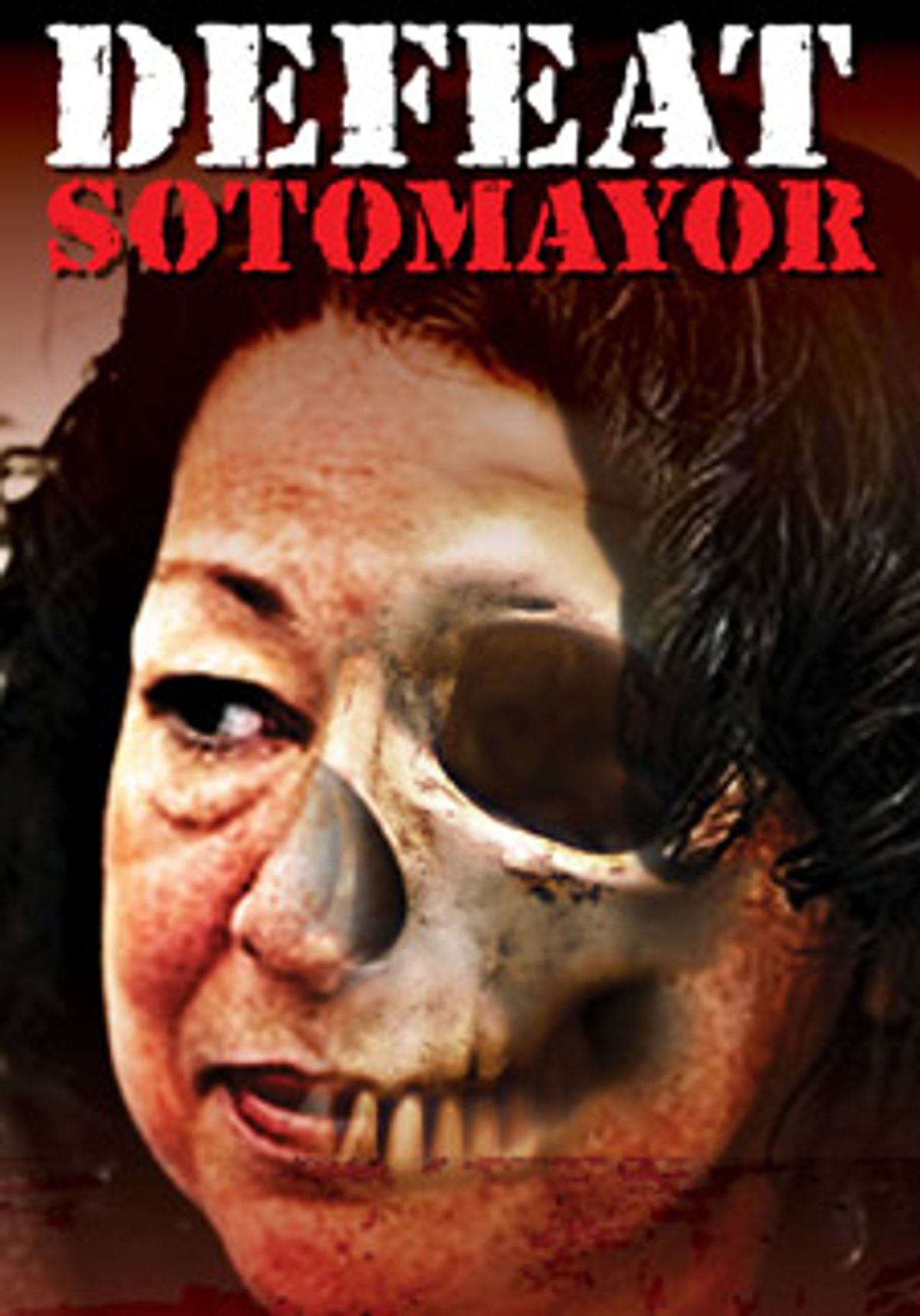 Exciting news via Operation Rescue: The 12-city "Filibuster Sotomayor" tour is coming soon to a town near you! Instead of rocking out at any number of this summer's hot music festivals, you can instead chant about the "murderous holocaust of children" alongside folks clutching graphic posters of aborted fetuses and artistic renderings of Supreme Court nominee Sonia Sotomayor as the Angel of Death. Here's more (via Think Progress) from founder Randall Terry:

We must stop permitting this hypocrisy, cowardice, and treachery in our midst. Pro-life voters are calling on pro-life Senators to filibuster Sotomayor.

Many senators use pro-life rhetoric to seduce us; they get our money, our volunteer labor, and our votes. But once an election is over, they discard us like an embarrassing mistress ... Whether they ‘have the votes’ to sustain a filibuster or not, they need to fight to stop her, for the sake of the babies who will die under her judicial reign.